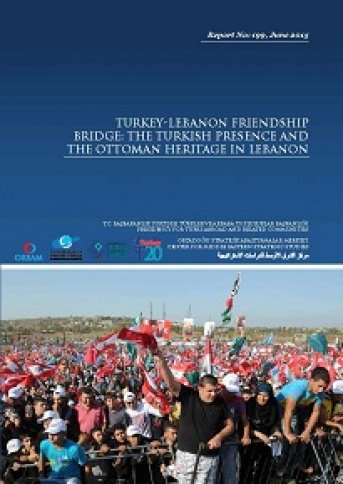 2015 Turkey-Lebanon Friendship Bridge: The Turkish Presence and the Ottoman Heritage in Lebanon

ORSAM had published a report in 2009 titled, “The Forgotten Turks: Turkmens of Lebanon”. This report was significant for two reasons. First, it was the first detailed research about the Turkmens of Lebanon that aimed to map the Turkish presence in Lebanon. The second reason is that the study had depended on a field research.

In the following six years, important developments have been observed regarding the state of Turkmens of Lebanon and their relations with Turkey. For instance, Turkey has established relations with the Dinniye Turkmens. They were not included in the 2009 report and neither Turkey nor other Turkmens knew about them. Another important development was the phenomenon of migration and its demographic implications. The Syrian Civil War and increasing instability since 2011 has caused many Syrians to immigrate to the neighboring countries. Lebanon is one of the primary destinations of the Syrian immigration. A significant number of Syrian Turkmens are among immigrant Syrians as well. Syrian Turkmens headed towards the Turkmen villages in Akkar and Baalbek regions of Lebanon, where they have kinship relations and shared language. The chance for their return is gradually decreasing; therefore the Turkmen demographics in Lebanon might be permanently altered. For these reasons, we have deemed it necessary to update our 2009 report. We have renewed our report with a field trip supported by the Republic of Turkey Prime Ministry, Presidency of Turks Abroad and Related Communities.

We also have included the communities that have special, historical links with Turkey, apart from the Lebanese Turkmens. Within this scope, Cretan Turks, families from Anatolian descent, Circassians and the people from Mardin have been covered in the report.