Abadi's Erbil Visit and the Process of Struggle against ISIS 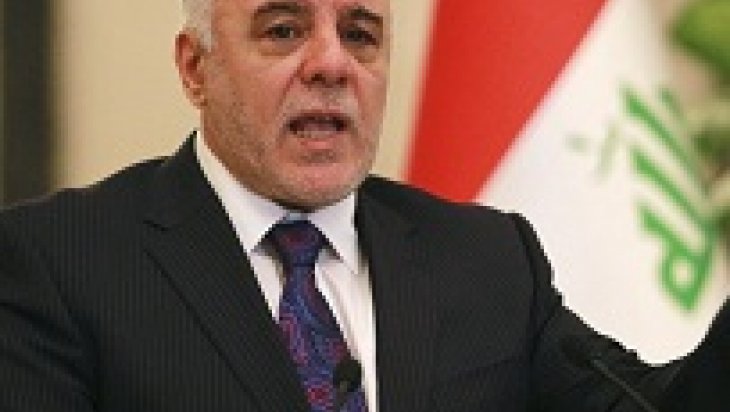 Iraqi security and political balances began to shift after ISIS’s invasion of Mosul in June 2014 and its expansion afterwards. During this process, new dissolutions, alliances, equations and actors have been shaping the direction of Iraqi politics. The last elections took place on 30 April 2014; however, the government formation was postponed due to the invasion of Mosul by ISIS. The new government was formed finally in September, after Nouri Al Maliki gave up his insistence on running for a third term and Haider al Abadi’s selection for Prime Ministry by the Shiite Iraqi National Alliance. Abadi, who gave a positive image during this process, made it obvious that he will pursue moderate steps both in Iraqi domestic foreign policies. In the need of a unity, especially against ISIS, Abadi formed a profile of softening relations with Iraqi Kurdish Regional Government (KRG) and acting together in the fight against ISIS. Hence, Erbil and Baghdad meetings that took place right after government formation ended up with an agreement in December. After the agreement, it was seen that the problems of oil and budget between Erbil and Baghdad was solved at least on the paper and cooperation on the fight against ISIS will strengthen.

Indeed, Iraq witnessed the withdrawal of ISIS from several locations after the operations conducted together by Iraqi security forces, volunteer Shia militia (Hashd al Shabi, supported by Iran) and Peshmerga with the support of air strikes by international coalition powers. It is argued that especially after the gains in great portion of Tikrit, the psychological advantage of ISIS was taken away. Right after the Tikrit operation, Abadi visited Erbil and conducted meetings on the future of Baghdad-Erbil relations and the struggle against ISIS. Together with Abadi, Defense Minister Khaled al-Obaidi, Interior Minister Mohammad al-Ghabban, Migration Minister Darbaz Muhammad, and National Security Adviser Faleh al-Fayad attended the meetings in Erbil. The presence of these ministers in the meetings is an indicator of a talk on details of a potential Mosul operation. In his statement following the meeting, Abadi stated that they agreed on an operation date for Mosul and there is no limit to cooperation with Erbil on the operation. Other statements after the visit were also in line with the expectation that Iraqi government was expecting Peshmerga support for Mosul operation. Indeed, it was declared that whether Peshmerga will take place in the operation and its formation in the case of participation will be discussed and detailed after the meetings of credential committee. This situation indicates that KRG made some preconditions to Iraqi government for Peshmerga’s participation in the operation.

For the moment, it is observed that some effective militia groups, especially Saray al-Salam under Muqtada al-Sadr’s leadership and Asa’ib Ahl al-Haq under Qais al Khazali’s leadership, are criticizing the Iraqi government for government’s practices and their dissatisfaction with the operations. This situation puts Iraqi government in a difficult position. Indeed, although Tikrit is taken from ISIS, ISIS’s control in Anbar, Kirkuk’s south, Baiji in Tikrit’s north, and Mosul still continues. Looking at the overall situation of the struggle against ISIS, it seems that without a comprehensive cooperation it will not be possible to break ISIS’s strength. For this reason, it can be stated that Iraqi government is looking for full support of KRG for the Mosul operation.

It is also obvious that KRG is trying to take advantage of the situation and realize its goals in the post-ISIS era. In this context, the statement on the need for a comprehensive plan for the operation and its aftermath indicates that a bargain for the post-ISIS era is taking place. It is possible to say that KRG seeks to consolidate its control in the so called disputed territories. At this point, it is being observed that KRG is sending Peshmergas to the territories, on which disputes over political, administrative, and geographical control are still going on, such as Mosul’s north and west, Telafar, Sinjar, Kirkuk, Hanekin, and Tuzhurmatu, with an aim of control in post-ISIS era. KRG is following a policy of controlling territories in post-ISIS era. It is possible to argue that a bargaining on this point took place during Abadi’s Erbil visit.

On the other side, it is obvious that issues of oil revenues and the budget have been discussed as well. Abadi’s statement that there are no cuts in the budget, but there is a problem of available cash indicates that he has given guarantees to KRG. In return of the control in disputed territories and the budget share, KRG is adapting an attitude towards Iraq’s unity. Indeed, Iraq’s unity and country’s interest were emphasized in the statements frequently.

However, these meetings and bargains between Erbil and Baghdad have the capacity to create new conflict dynamics. Reports about occasional tensions between Peshmerga and Shia militias are among the news for the region. Although the Shia militias are acting with Iraqi government’s support, it is not possible to say that the government has full control on them. For this reason, even Iraqi government and KRG makes a deal, it is possible to see tensions and conflicts between Peshmerga and Shia militia especially in Telafer, Tuzhurmatu, and Kirkuk. On the other hand, it has paramount importance for stability in post-ISIS era to integrate Sunnis in political process and position them able to take initiative after ISIS. Lastly, it is argued that Turkmens should not leave aside in the debates over disputed territories in post-ISIS era. Indeed, Turkmens are one of the main groups that affected most by ISIS’s attacks and also they constitute the majority in the so called disputed territories. Thus, it is important that Turkmens take place in post-ISIS process in order to protect their rights and provide stability. Otherwise, it can be argued that it will difficult to be successful in the struggle against ISIS and provide stability.