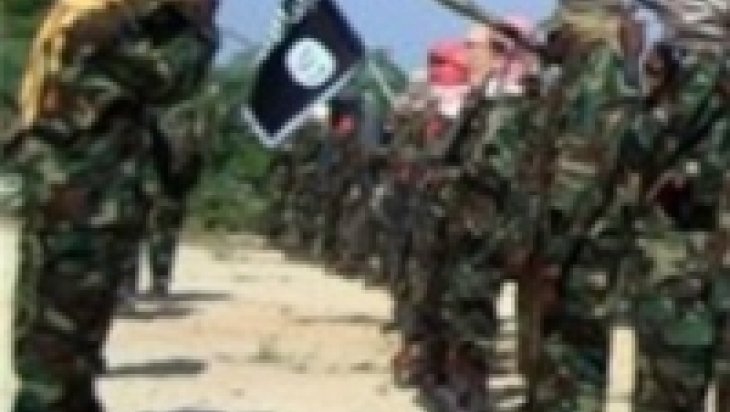 After the crisis that was caused by ISIS’s invasion of Mosul, ISIS and its activities, which are a very important factor in the civil war in Syria, have topped the regional agenda. The winds of change that the Arab Spring brought to the Middle East and North Africa have transformed into conflicts, civil wars, proxy wars and coup d’états. The latest events reveal the culmination of ISIS’s operations and its tragic effects, and heighten concerns about security. Despite the fact that the main focus shifted to Syria and Iraq, similar risks and concerns are valid for a wider area as well. In the wake of the Arab Spring, Al-Qaeda has expanded its base of operations in Africa and the Middle East and is a source of conflict and instability. At the same time, although it used to be believed that in recent years Al-Qaeda was localized and divided into small units, and that it was disconnected from the international communications network after the invasion of Afghanistan and Iraq, the latest data reveal that local organizations continue to communicate and influence each another. After the latest news from Iraq, the current call of Al-Qaeda in the Islamic Maghreb and Ansar Al-Sharia are the good examples of this situation. Since the Arab Spring, which has radically changed the balance of power in the region, Al-Qaeda in the Islamic Maghreb has intensified its activities in Africa. Al-Qaeda, which had been known for the kidnapping and taking hostage of foreigners before the Arab Spring, has attracted international attention again after it kidnapped a UN officer in Nigeria in 2008. Today, in many African countries Al-Qaeda-linked organizations are increasing their activities.

Al-Qaeda in the Islamic Maghreb became a trending topic again after it abducted an Algerian diplomat in Mali in 2011. It is also believed that the attacks on the American consulate in Libya in May 2012 that killed Ambassador Chris Stevens along with three US officials were acts of Al-Qaeda. These attacks were carried out following the murder of Abu Yahya al-Libi in Pakistan. Moreover it is assumed that Al-Qaeda was behind the attacks on the Red Cross office in Benghazi and a UN convoy and an American mission as well. These claims became more reasonable since Omar Abdul Rahman Brigades claimed responsibility for the attacks on the Red Cross office in Benghazi, which was carried out after the current leader of Al- Qaeda, Ayman al-Zawahiri, called for revenge. Moreover, both militias and political actors in Libya reacted to American operations against Al-Qaeda members in the country. The ensuing political tension triggered the arrest of the Libyan Prime Minister, Ali Zeidan, by militias that were operating under the command of the Ministry of Internal Affairs.

Libya became the main base for Al-Qaeda groups that mainly concentrated their activities on North Africa. Libya, where approximately 125.000 people bear arms, became a “safe haven” for Al-Qaeda because the failure of the disarmament program. Moreover Libya does not have a powerful central government, and an efficient military and bureaucratic mechanism has not emerged. Al-Qaeda has been taking advantage of the instability in Libya by setting up training camps, collecting arms, recruiting militants and extending its networks. It could do so because in Libya the state has collapsed while parties are dragged into civil war. On top of that, demands for federalism endanger efforts to create stability and local tribes, while strong militias and powerful families provide security.

Besides, the armed militias, which gained combat experience during the civil war, have become an important human resource for Al-Qaeda. After the civil war a significant number of these militias have sided with Al-Qaeda and have become an effective power in the Barqa region in Eastern Libya. Libyan Ansar Al Sharia, which is led by Abu Sufian bin Qumu, a former Guantanamo detainee, has boosted its activities rapidly in the country. Despite the fact that Ansar Al Sharia has not openly acknowledged any links to Al-Qaeda, its discourses, political position and objectives are the same as Al-Qaeda. In a similar way, the Omar Abdul Rahman Brigades, which took responsibility for the attacks on the U.S. Consulate in Libya, is an active organization in the country. It is possible to create a long list of such groups and examples in Libya, where many militias are seen to be linked to Al-Qaeda. After the recent developments in Iraq and Syria, some groups in Libya declared that they joined ISIS. For example, el-Battar (Libyans) Brigades has announced that it joined ISIS and that it will form a front in Libya as well.

Since Libya became a “safe haven” for Al-Qaeda and al Qaeda-linked groups, these organizations have increased their activities in other African countries, particularly in countries bordering Libya. Al-Qaeda-linked groups have begun to expand their operational bases from Libya into neighboring countries such as Mali and Nigeria. Establishment of an alliance between Al-Qaeda and the Tuaregs played a vital role in the central government’s retreat in some regions of Mali and during the 2012 Malian civil war. Similarly there is a significant increase in the activities of militias in Sub-Saharan African countries. The return of Malians, Nigerians and Chadians that fled from Libyan civil war in 2011 to their homeland had a major impact on the socio-economic structures of these countries. The fact that their citizens were working in Libya had eased unemployment problems in these countries, while it was also economically beneficial because many workers sent their salaries to their families in their homelands. In addition, the weapons spreading through the Libyan borders endangers the political stability and security in these countries. Therefore, Al-Qaeda in the Islamic Maghreb found a conducive environment in sub-Saharan as well as in North African countries.

In the post-2011 era, Al-Qaeda-linked groups penetrated Tunisia rapidly as well. Securing and controlling the Tunisian-Libyan borders became a challenging task because of the ongoing struggle for power and weak governing in Libya. Hence, Al-Qaeda-linked groups can easily cross the Tunisian-Libyan border to perform acts of violence in Tunisia. The leader of the Tunisian Ansar Al Sharia fled to Derna in Libya because of the increasing pressure from operations led by Tunisian government. The current situation affects mostly Tunisia’s rural areas. The state in Tunisia, like other countries that are experiencing transitions processes, cannot fill the power gap that has occurred because of the transition period that the Arab Spring triggered in Tunisia. The power and the authority gaps, together with rising unemployment and poverty, create a conducive environment for radicalism and violence. Therefore, Al-Qaeda-linked groups are able to increase their activities in the rural regions of Tunisia. These groups have taken over some basic responsibilities of the state such as sustaining social services in hospitals and schools. They also run economic activities such as controlling smuggling and trade in these regions.

Political assassinations and increasing violence that occurred in Tunisia after 2011 has caused heavy criticism on troika government consisting of Nahda, CPR and Ettakatol. Developments that impacted daily life directly, such as raids on college campuses, cafes and restaurants that are serving alcohol, and veil controls, have deepened the political crisis in Tunisia. After the attacks on police stations, offices of the UGGT, and on secular and left-wing parties as well as the assassinations of the oppositional leaders Chokri Belaid and Mohammed Brahimi, the troika government decided to appoint a technocrat to the Ministry of Internal Affairs and adopted “security policies” instead of policies of “conviction with negotiations.” Following this policy change, large-scale operations against Al-Qaeda-linked groups and violent Salafi organizations have begun in Tunisia.

The attack on the US Embassy in Tunis on September 2012 was linked to Ebu Iyad (Saifullah Ben Hussein), the leader of Tunisian Ansar Al Sharia and he was sought in connection with this attack. After Bashir Golli and Muhammed Bahti, who were arrested as perpetrators of the September attacks, died because of their hunger strike, Ansar Al Sharia’s discourses transformed into a direct threats against Nahda. On 27 March, Ebu Iyad announced on Facebook that his organization would fight Nahda and bring it down. This threat is the most notable announcement of Al-Qaeda because it was its first speech that directly targeted Nahda. In addition, Ebu Iyad gave a speech in June 2014 in which he called on ISIS and all jihadists to make peace and in which he urged them to come together. In his statement in June 2014, Lutfi Bin Ciddu, Tunisian Minister of Internal Affairs said that there are over 2400 Tunisians fighting in Syria. By February 2014 nearly 400 Tunisians had returned to their country from Syria. Fears that Tunisians that fought in the Syrian war and went back home will continue their activities in Tunisia have increased concerns on security and terror-related issues.

The activities of Al-Qaeda-linked groups in North Africa, particularly in Libya and Tunisia, have become a serious regional threat, considering the recent developments in Syria and Iraq. The transformation processes in North Africa is impacted negatively by the border crossing effects of the instability that is spreading from Libya to its neighboring countries. The situation provides favorable circumstances for Al-Qaeda-linked groups to expand their activities in Africa. The operation conducted by the US against Al-Qaeda-linked groups in Libya shows that in the future, external interventions may occur more frequently in the country.