Aleppo and Mosul in the Triangle of USA-Russia-Turkey 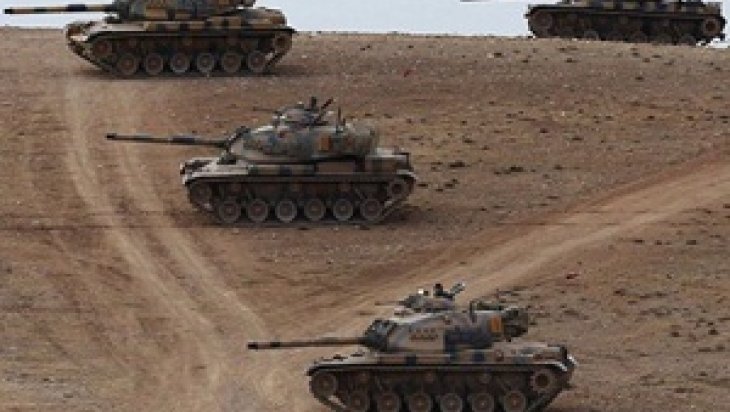 The distribution of forces started to change as of the beginning of 2016 at the center and vicinity of Aleppo. The development which led to this change was Russia’s direct engagement in Syrian civil war in September 2015. Taking into account the military operations that Russia launched in Syria, it can be evaluated that it has three priorities. First of all, it wants to guarantee Russian military presence in Syria. Within this framework, it attempted to clear the vicinity of Tartus and Latakia, where Russian naval and air base is set up, from the opposition. Russia's second priority was to take under control the energy resources and lines. Within this context, it secured the exit to Eastern Mediterranean and Palmyra. Russia's third priority was to leave Aleppo under full control of the regime. Russia supported the regime's long-lasting attempts to besiege Aleppo. The army of the regime made considerable progress first in the south and then in the north of Aleppo with Russian air support and the support of foreign militia under Iran's control. The most critical development of this process was that Nubl and al-Zahraa villages were captured by Syrian army and militia in February 2016. Therefore, the connection between Azaz and Aleppo under the control of the opposition was cut off on Turkish border. This line was the most significant corridor connecting the center of Aleppo to Turkey, thus to the world. The aid sent to Aleppo since this date has started to reach it only through Idlib. When the regime forces closed the Castello Road in July 2016, the regions under the control of the opposition in Aleppo were completely besieged. Even though the opposition broke the siege by opening a new corridor in the south of the province, this did not last long and Syrian army and Shiite militia succeeded to close the line in the south with Russian air support.  In the first week of September 2016, it was announced that the USA and Russia made a ceasefire agreement in Syria. According to this agreement, the parties would declare cease fire in Aleppo under the siege of the regime and the humanitarian aid would be able to enter the province. Even though the conflicts decreased at the first phase, the humanitarian aid convoy to Aleppo was hit on 19 September. Although Russia alleged that the opposition launched the attack, it was generally convicted that the regime hit the convoy. Since this development, the conflicts have been aggravated and intense Russian air attacks have still continued in Aleppo.

Having a look at the developments in Aleppo from the position of the US, it is seen that Russia's hand will be stronger at the end of the day. Syria refers to the fight against ISIS for the US and it approaches the problem completely from the perspective of counterterrorism. It can be said that the US is not quite interested in finding a political solution country-wide. Despite this, it tries to prevent the regime to take full control in Aleppo if possible until the new President takes the chair. It is understood that the US aims to maintain the current balance and deadlock across the country. However, certain factors will prevent the US from causing an influence to restrict Russia as regards Aleppo. The first factor is that the only agenda in the US is the fight against ISIS. The second factor is that Obama administration abstains from using force in the foreign politics at the very beginning. In fact, there are criticisms in the US indicating that Obama administration caused a big power vacuum in Syria, it left the field completely to Russia and played a role in the humanitarian crisis in Syria as in Sarajevo. However, it would not be realistic to expect a critical change in the attitude of Obama administration regarding towards the use of force during its last months. It is possible to say that the opposition is left to its fate in Aleppo which the West, notably the US is indifferent from. Russia is also aware that the US will not be quite engaged in the Syrian issue until the new President is elected and it accomplishes a result in Mosul and thus it will not want to yield a result in Aleppo in the short run. Therefore, it is necessary wait and see that the humanitarian crisis is deepened in Aleppo. Almost 250 thousand civilians living in the region under the control of the opposition may have difficulties in resisting the siege for a long time and Idlib and Turkey may be the target of the migration wave. It is also uncertain how long armed opposition will endure. However, it still seems difficult for the regime to take control of the province in the short term. Russia and the regime will wage a war of attrition by using air superiority and preventing the entry of humanitarian materials and will wait for the opposition to surrender. Since the opposition is more experienced and successful on the ground and in the urban war despite air superiority of the regime. At the end of the day, the regime may reclaim Aleppo but this does not mean that the regime will be the victor of the Syrian civil war. Russia and the regime may have a deficit in some regions when they shift forces to another region. The opposition which is under pressure in Aleppo has achieved significant gains within the last weeks. Similarly, the opposition which has also launched attacks in the rural areas of Latakia through Idlib in order to relieve Aleppo has succeeded to reclaim certain settlements from the regime. If Aleppo is lost, it means that the regime has the psychological and military superiority. Nevertheless, it is difficult to say that the deadlock is being resolved in Syria.

The US will shift its priority to Mosul in the short term, which will relieve the regime and Russia in Aleppo. Obama administration which searches for a success story before the presidential elections, must be thinking that it will be successful in Mosul more easily than in Syria. The operation which will clear Mosul from ISIS has the potential to create a new crisis in US-Turkey relations rather than in US-Russia relations. The possibility of Shiite militia and PKK to join the Mosul operation lies on the basis of Turkey's concerns about Mosul. On the other hand, the US acts closely to the Iraqi government which does not accept Turkey's military presence in Iraq. Even though the US indicates that PKK cannot participate in the Mosul operation, some PKK-affiliated militia may be involved. Turkey, on its part, defends that Mosul should be governed by local elements and thinks that new instabilities will arise if radical and uncontrolled militia which come from outside and look for a revenge enter the province. Another expectation of Turkey is that the distribution of power in Mosul in the pre-ISIS period should be re-implemented. Mosul was a province where Turkey was the most effective outside its borders in the pre-ISIS period. Today, it is uncertain to what extent Turkey and the groups it supports will have a role in the post-ISIS order. Iran which competes with Turkey is within Turkey's close field of interest through the central government and militia. Turkey will want to prevent this, as well. The military balances are in favor of the US and Iran but Turkey is on the forefront in terms of Mosul's identity, demographic structure and geographical proximity to Turkey. Turkey will probably deal with the power struggle in Mosul within a long range.

To conclude, the question in Mosul is not to clear the province from ISIS but to determine what kind of administration will be established in the province and which actors will control which regions. While the US advances from the south with the forces that it trained in Mosul and the Iraqi central government, it is expected that Turkey and the peshmerga will besiege Mosul from the east and the north. It is considered that a corridor will be opened in the west of the province and will lead to the escape of ISIS elements to Syria. This means that the last big fight against IISS will be in al-Raqqah. The al-Raqqah operation will be more complicated. Turkey, the USA, Russia, Syrian regime, FSA and PKK/YPG will want to have a position in al-Raqqah in the post-ISIS period. This means that a compromise seems almost impossible in the context of conflicts of interest. In other words, al-Raqqah will be more challenging than Mosul.