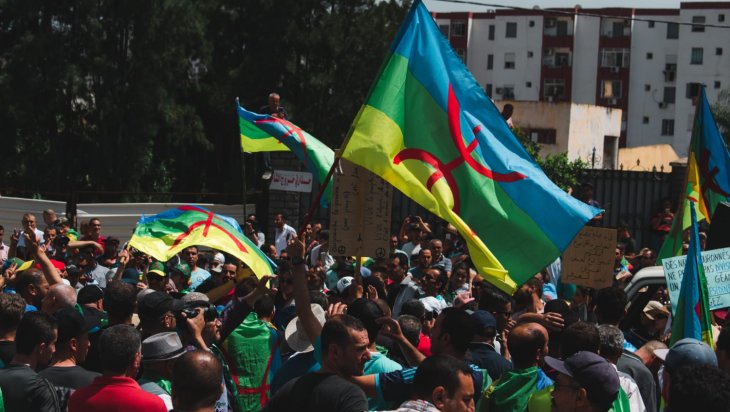 Ethnic groups are relocating from federal systems and vehemently manifesting their autonomy further. Some are proclaiming independence using the ethnic factor as a cultural vector for political transformation to ultimately achieve independence where we can clearly point out that there is no moral compass.

Decades ago in Europe, the Belgian saga provoked the country's social cohesion. Years later the Catalans in Spain voted for secession, and the Lombardars of north Italy voted for more autonomy. Basque separatists in Northern Spain and Southwest France, an ethnic group advocating for cultural and linguistic rights that became a paramilitary group engaged in a violent campaign in the Southern Basque country and throughout Spain and France.

Ethnic and religious movements are calling for secession from the central systems. For instance, in the fragmented Middle East, in 2017, in Iraq the proto-Kurdish state voted for independence in a referendum organized by the KRG in Erbil, like South Sudan that got its independence in 2011 from Khartoum.

Linguistic demands vs. territory autonomy
In Algeria, an Algerian autonomist ethnic movement headed by Ferhat M'henni, the movement for the Autonomy of Kabylie, known by its French acronym le Mouvement pour l'Autonomie de la Kabylie (MAK), proclaimed a provisional government of Kabylie in Paris on June 1, 2010.

The Berber (Kabyle) autonomists have been arguing for decades that the Kabyle identity had been suppressed; hence the time have come to defend the “Kabyle” territory and identity of millions of people living in mountainous, coastal, and remote areas in the northeast of Algeria.

This political action, however, was immediately qualified by Mr. Hocine Aït Ahmed, the charismatic leader of the FFS party, an Algerian Liberation War hero, and well-respected figure among the entire Berber movement in Algeria, as dangerous for the national unity, territorial integrity and the future of the Berber group's region because this would incite further tensions with the central government in Algiers.

As a moral authority, Mr. Hocine Aït Ahmed held a very high position among the Berbers/Kabyles, notably among the middle class, the business community, and the leftist intelligentsia in Algeria and abroad.

Knowing that Mr. Aït Ahmed during his entire political life was considered an ardent opponent to the Algerian regime in the '60's and '70's, he had been defending not only the Kabyles, but also the Berber cause in Algeria. He was also the leader of the progressive party, le Front des Forces Socialistes, whose political agenda was based on the notion of democracy and liberty for all to enhance national identity and territorial integrity with its cultural plurality within the system.

Nonetheless, at that time his opposition to the MAK's action had given the Algerian regime a perfect opportunity to stay out of it. Making the case seems like an intra-fratricide war, using Mr. Hocine Aït Ahmed’s legacy as a political heavyweight and proxy in the regime's communication war with the separatists.

Policy of containment
Interestingly, the regime had excelled in keeping the fight in the Berberist/Kabyle club. The job became easier for the regime when the Algerian then-Prime Minister, Mr. Ahmed Ouyahia, himself a Kabyle, ridiculed the MAK's self-declared government chief, pretending he knew Ferhat M'henni as a singer!

The MAK also has faced unexpected opposition from a Berber/Kabyle leader, who was an opponent to the regime in the '80s, Dr. Saïdi, former leader of the RCD party (le Rassemblement pour la Culture et la Démocratie). Dr. Saïdi's charisma and credibility are less than Mr. Aït Ahmed's in the Kabyle bastions.

A new controversial Kabyle, berberist voice, is Karim Tabbou, spokesperson of l'Union démocratique et sociale (UDS) party, who is positioning himself as a national leader in the new posture of the ongoing Friday’s political protests. He linked the MAK with the Islamic Armed Groups (GIA) during the war against the civilians in the ’90s. He declared that the Kabyle separatist movement is the creation of the ex-DRS (the fearful Algerian intelligence service), his statement provoked anger within the MAK sympathizers in the Kabyle region.

Karim Tebbou compares the MAK to the GIA, a parallel that the separatists found is dangerous and, to some extent, a treason to the so-called Berber cause. Karim Tabbou has been trying to set both-ways tactics in the complex post-Hirak 2019 dynamic of change and stability in Algeria.

This intra-fratricide war is kind of blessed bread for the regime. Since the new wave of the weekly protests that are taking place every Friday is annoying the regime. This has completely singled the marchers out as obstructionists, whose hidden agenda meant to disturb the peaceful political transition under the leadership of President Abdelmadjid Tebboune.

Territory disintegration is a national security threat
According to the regime, there is a serious threat to national cohesion and integrity, led by two dystopian movements diametrically opposed, one is ethnical, and the other is “religious” orchestrated by the Rachad movement, as the country nowadays cannot afford chaos or anarchy.

Thus, the regime has excelled in dividing the heterogeneous Berber movement, as it did with the legalist Islamists in the ’90s. The MAK has damaged a great deal to the FFS party’s image; whereas, the RCD party is already labeled as a regionalist and a radical secularist party, appearing ambiguous to the voters outside the Kabyle region.

As a result, the appearance of the separatist movement in Algeria has come where domestic politics and geopolitical conjunctures will never allow such an adventure for the separatists in Algeria to thrive.

Lately, the country is feeling united again because of the instability next door in Libya and the Sahel. A national integrity element that plays favorably into the hands of the regime, bringing the country back together after a decade of bloody civil war, and two decades of injustice caused by the oligarchic system of ex-President Abdelaziz Bouteflika.

Meanwhile, the cultural and the linguistic issue that the separatists of the MAK like to use are no longer valid arguments. The use of Tamazight in schools in the Kabyle region is tolerated; tens of papers exist, TV and Radio are broadcasted in Tamazight on the state Radio & TV or on the so-called Berber independents media.

Yet the Algerian Berbers are well integrated and heavily involved in the society and the system. They are considered the engine of the Algerian economy and control practically of the Algerian small and medium-sized businesses and entrepreneurship. Politically, they are placed deep in the heart of the regime, the civil administration and the military institution in policies, and national security positions.

One talk about the Kabyles in Algeria, but there are other groups that compose the Berber community and identity; nevertheless, the majority seems happy with a federal central system.

These days the absurd idea of the MAK has produced an interest in the national media and roused public opinion.  Algerians see the MAK leaders as fanatics and racists knowing that the MAK's action is going nowhere. This view holds with a large majority within the Algerian Berbers, even within a segment among the Kabyles in the country and abroad, unlike the Catalans in Spain, a landslide majority of which wants to get a state.

The MAK leaders are just putting the separatist struggle in the trajectory of the conflict to destabilize the regime. Another tactical political handicap that discredits the separatists of the MAK is the fact that their demands were launched from Paris, where its leaders live, causing them to lack credibility.

The separatists will never get any satisfaction from the regime's overtures in terms of linguistic, cultural freedom, and political expression. So Mr. Ferhat M'henni could sing in Paris but never ruled as a mayor of Tizi-ouzou.