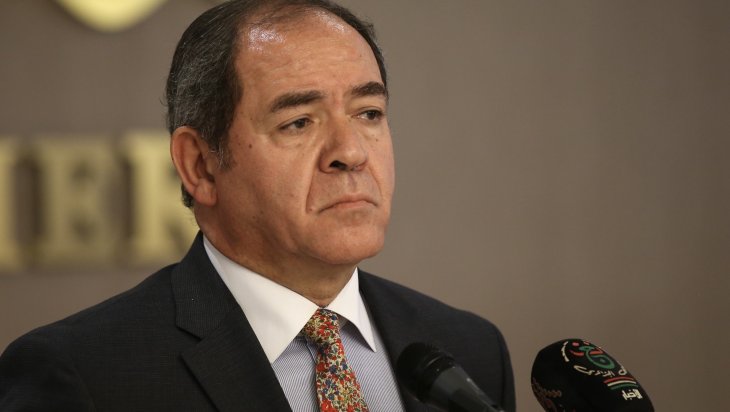 Since the beginning of the Libyan uprising against the al-Qadaﬁ regime in 2011, Algeria looked for mediation rather than direct intervention. Algiers has been applying its commitment to diplomacy, support for international organizations, and has pledged to respect the legitimate sovereignty of other States. Coherent with this non- interference policy in the countries’ domestic affairs, Algeria has opposed foreign interventions, whether NATO intervention or arming the para-military groups.

The sources of a foreign policy are: the primacy of sovereignty of the regional order over the international, which favors political solutions over military interventions.

In 2019 the Algerian Mosaic Hirak, however, had distracted the military for ten months, limiting its engagement in Libya and prioritizing the security of the borders from illegal migrants coming from the Sahalian countries and crossing into the southern provinces. The military were concerned by the Islamic armed groups that ﬂourish along Algeria’s southern borders and arms trafﬁcking in the wild open desert. In the meantime, the military had to manage the political impasse. Despite these challenges, Algeria must step up to stabilize Libya.

Algiers has been trying to seek to reestablish a sub-regional stability, undoubtedly instability in Libya threatens directly Algeria’s national security because of its 815 miles of borders. These borders provide open space for radical transnational organizations like al-Qaeda in the Maghreb (AQMI) that is still active in the Sahel, ISO’s elements, and the inﬂux of migrants that would cause a serious humanitarian crisis and clash with the host community in the southern provinces.

Algeria since 2011 showed awareness and concern in its new vision for national security, this being because of the latest developments in the Sahel and in the entire MENA region. In this way, security concerns provide Algiers a solid interest and will to end the Libyan civil war. This is as it has been doing in Mali since the crisis broke in 2012 in north Mali, and particularly following the terrorist attacks at the gas facility in Aīn Amenas and hostage crisis in 2013 in the eastern province of Illizi close to the Libyan borders.

This was a wake-up call for the military and the Intelligence service to reinforce domestic security and regional cooperation to ﬁght the supranational armed groups across the region. The regional security explanation may justify a quantitative interest for Libya but cannot explain its quasi-unanimous content.

Although it would be in Algiers’ best interest, it is tough to keep a balance of power in North Africa. Algeria’s foreign policy usually focuses on a balancing role in a region that is integral to both regions: Africa and the MENA region. Algiers does not have any preference for who controls Libya, despite its support for the legitimate Libyan National Accord Government, this being for a stable Libya rather than another chaos on its borders.

At last week's meeting with GNA head Fayez al-Sarraj, and Marshal Haftar's special envoy  the new Algerian President Abdelmadjid Tebboune called Tripoli "a red line no one should cross". He also urged the international community, particularly the United Nations Security Council, to fulfill their responsibilities for achieving peace and stability in Libya, according to Algeria's APS news agency.

Algeria was busy with the Hirak’s security ramiﬁcations, including political instability. Last week Algiers was a diplomatic hub where new diplomacy has implied the complete overthrow of the old system even on foreign policy. Algeria has pursued its non-interference policy doctrine, principal and paradigm, supporting the U.N.-led negotiation efforts rather than taking a more prominent role by leading independent negotiations.

As talks in Libya continue, Algiers is fully behind the U.N. Special Envoy Chief of the U.N. Support Mission in Libya (UNSMIL) Ghassan Salamé. In September 2019 he was received by Algeria’s Premier Noureddine Bedoui, and Foreign Affairs Minister Sabri Boukadoum, as part of permanent consultations with the U.N. Mission Chief. In his meeting with the Algerian ofﬁcials the developments on the ground, the political and security levels as well as of the U.N. Plan of Action for the settlement of the Libyan crisis were addressed.

With violence and political deadlock in Libya, Algeria could work with Tunisia, Italy, Turkey and along with Russia so that the military have solid ties to jointly help regional and local actors to work toward a solution to the conﬂict.

The E.U and Arab countries pivotal states in the region have made Algeria’s and Tunisia’s missions very hard, supporting Marshal Haftar forces.

Lately Turkey, Russia and Algeria have jumped in to finally help end the Libyan civil war. Sunday night’s cease fire in Libya by the belligerents would enhance the new axis of Ankara-Moscow-Algiers that emerged to isolate the counter-Arab revolutionaries axis, Paris-Cairo-Abou Dhabi, and would strengthen and to some extent legitimize the next week Berlin Conference.

The largest number of migrants arriving on the Italian and the French coasts leave from Libyan coasts. This is an important national security imperative that would be discussed at the Berlin conference to ﬁnd a solution to the crisis in Libya in order to better use efforts to ﬁght terrorism and illegal migrants crossing to Europe.

Thus, Algeria’s ties to tribal groups and legalist Islamist leaders in Libya, close cooperation with the new political leaders in Tunisia and the Ankara-Algiers remarkable rapprochement would also enhance its position for direct mediate talks.

Algeria is in a unique situation to bring together the opposing sides in Libya for direct talks. Algeria has a long history of diplomatic prestige from playing a key role in the Iraq-Iran 1975 Algiers Agreement to settle their border disputes and conﬂicts, its mediation in the American hostages crisis in Tehran in 1979, and holding prominent positions in the African Union. Algeria played a positive role in the Eritrea-Ethiopia crisis in 2000 Algiers Peace Agreement.

Militarily, Algeria is the ﬁfth largest importer of arms in the world, according to the 2018 Trends in World Military Expenditure report. Algeria’s well-equipped, trained and robust military is playing a major role in the region in ﬁghting terrorist armed groups since 2010 in the Sahel. This is in cooperation with Mauritania, Niger and Mali, the Joint Operational General Staff Committee (CEMOC5), based in Tamanrasset, Algeria’s largest province.

Algeria did oppose France’s counterterrorism mission, Operation Barkhan, deploying 3,000 soldiers of the member States of G5 Sahel with the backing of the A.U. Algeria called on the UNSC to set up an international force to neutralize armed groups, help national reconciliation, and establish stable democratic institutions in Libya.

Algeria has since experienced a crucial presidential election followed by the election of Abdelmadjid Tebboune who quickly wore his Commander-in-Chief suit. In his first presidential act he met with the country’s High National Security Council to discuss the situation in the region, especially launching Algeria’s new diplomacy role at the international and regional level, and especially in relation to the tumultuous Libya and Mali.

Knowingly facing serious security and stability challenges and adding economic problems, this might create a new vision of its military dimension to bridge it to national security imperatives and new foreign policy objectives. This is because political stability is vital for the country’s national security, which could be an indicator in this case through the mechanism of democracy. In a post-ex-president Bouteﬂika transition that will require from the new President’s administration militarily and diplomatically to protect the southern provinces, provide developments and create jobs, not just protect gas and oil production plants and facilities.

The military have already a national security strategy that examines threats in the MENA region and the Mediterranean and how to manage institutional crisis for political stability and order. Security is a must to stop chaos and disorder in Libya so the civilians in the Presidential Palace and Foreign Affairs Ministry are also concerned by the stability of Libya. Algeria has sent a humanitarian aid caravan to the Libyan people in a cross border operation on the border of Tin al-koum, where they were delivered to the local Libyan authorities.

At the end of the day, if foreign policy is the mirror of domestic policy, Algeria’s security policy in Libya is a perfect illustration, Algeria does not want to see either a failed state or militias state in Libya.