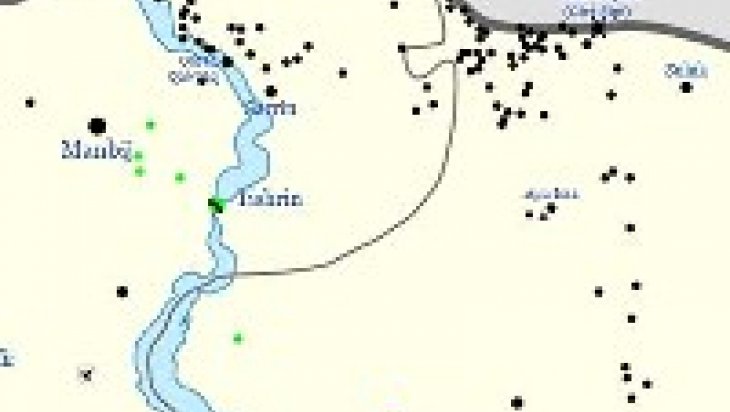 ISIS has been attacking to Kurdish populated areas under YPG control for quite some time. Thus, ISIS’ last offensive against Ayn al Arab (Kobane) is not that meaningful in terms of timing. However, this time what matters is that it is attacking with heavy weaponry captured in Iraq. So it can be stated that the main reason behind the last offensive is the failures of Iraqi army and the Peshmerga in Iraq. ISIS is in a need of constant expansion and capture of new territory and resources. For this reason, it directed its attacks towards Syria which seems easier at the moment. These offensives in Syria are not limited with Kobane; it captured significant territories around Azaz, which was under the influence of Islamic Front, Free Army, and Al Nusra. Furthermore, it continues to siege Mera, the main supply hub of these groups. At this point, one can say that Kobane offensive is a result of reaching to the limits in terms of gains in Iraq, and directing its focus to Syria.

The biggest obstacle ISIS faces to become the only formidable power in the north is the YPG, Kurdish militia, that controls areas in Afrin, Kobane, and Cezire. Among the three, Kobane has been chosen the first to attack as the weakest one. After Kobane, Cezire has the potential to become next targets since it has large amounts of oil reserves, many of them under YPG’s control. Also, the capture of Cezire will connect areas under ISIS control and this let ISIS consolidate its rule in certain parts of Iraq and Syria, and strengthen its position in Mosul. Last but not least importance of Cezire is that it the connection point between Syrian and Iraqi Kurds. If it falls into ISIS hands; it will prevent YPG and Peshmerga forces to help each other when needed. The cooperation between two forces during the Mount Sinjar siege and allegations of Peshmerga’s help for Kobane illustrates this point. For these reasons, ISIS might be seeing Cezire a strategic target. However, a couple of facts make it difficult to capture this land, such as; geographical range, high population, natural resources, and presence of both opposition and regime forces. In fact, Kobane might have been chosen as a facilitator for such an offensive for the next moves. At the other end of the spectrum, for the part of ISIS, what makes Cezire significant is its location for defensive reasons as well; since Cezire cuts between ISIS controlled Raqqa and Azaz. The organization wants to connect regions under its control. Last point to mention is that Kobane is neighboring the border gate Mürşitpınar, which is another strategic reason for ISIS to launch an attack.

In a different way from the previous offensives, this time ISIS is attacking with heavy weaponry to Kobane, and this way it was successful in gaining the control of Kobane’s outskirt villages. The latest news from the area indicates that ISIS is as close as 10 kilometers to the center; however, the fall of center will not as easy as the outskirt villages. ISIS can force people to flux and damage YPG’s capabilities with its long range artillery; however, for the capture it needs to get in with its manpower. At this point, YPG resistance might become significant. For the moment, women, children, and elderly are migrating; but, all the men are taking arms and many Kurds are trying to get Kobane to help YPG. Under these circumstances, it is obvious that a potential capture will not be easy for ISIS. A similar situation was experienced at Mahmur Camp in Iraq as well. After ISIS’ capture of Mahmur town, the camp was in close danger; thus, women, children, and elderly left the area; whereas men stayed and fought against ISIS. With Peshmerga’s and US air strikes’ help the victory against ISIS was gained.

The issue of sustainable sources between rivals might determine the siege’s outcome. Kurds will try to resist until the last point, and ISIS, in case of a lack of decisive result, might choose to direct its sources to different locations. Probably, the siege will not end soon; this might give birth to situation similar to Ras al Ayn (Serekaniye). Central part of Ras al Ayn is under YPG control; however, some of the surrounding neighborhoods and towns are under the opposition control. This stalemate has been in place for a long time. An important aspect to affect the course of the war is US air strikes against ISIS in Syria. During the first phase, there have not been any air strikes around Kobane; however, the operations for Hasakah, Raqqa, and Deir ez-Zor might relieve the resistance in Kobane. In near future, air strikes around Kobane will surely have effect on the conflict.

Implications for Turkey from all these circumstances are quite clear. In case of Kobane’s fall, Turkey will have to share a longer border with ISIS, and this implies new security risks for Turkey. Secondly, it will also put in danger Turkey’s proposal for a buffer zone. The proposed zones for potential refugees are not under ISIS rule, but they would be almost under ISIS control after last offensive in such a scenario. Even if the buffer zone is established, it will be under constant ISIS threat. The ongoing refuge flux constitutes the third risk for Turkey. During the previous offensives around Kobane, the majority of population gathered in center. Latest reports from the ground states that Kobane’s population reached 400 thousand people. Thus, if Kobane falls, Turkey might face almost half a million refugees in a short time. Even if Kobane does not fall women, children, and elderly will continue to migrate. Another problem for Kobane is that its three edges, except the one with Turkey, are under ISIS control. Therefore, only option for refugees is Turkey. Moreover, US air strikes around Kobane might increase the number of refugees as well.

In the last analysis, another significant implication from Kobane is that it will affect the peace process in Turkey. Due to the organic connection between PYD and PKK, circumstances in areas controlled by YPG, PYD’s militia, areas have direct effects on Turkey’s Kurdish question. In a false understanding, PKK sees ISIS’ Kobane siege as “a proxy war by Turkey against itself.” This false reading of the current situation strengthens the idea of putting an end to the peace process within the PKK. This situation makes it necessary for Turkey to handle the peace process and this false understanding more carefully in a sensitive way.