Cards are Reshuffled in KRG 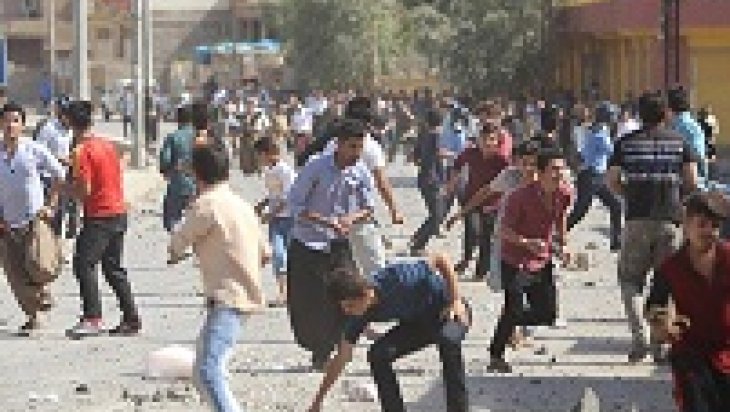 In Iraqi Kurdistan Regional Government (KRG), the most striking developments of the last period in domestic politics have been experienced. As of 20 August 2015, the political crisis which emerged following the expiration of Massoud Barzani's presidential term, further intensified with the "salary" protests that have been continuing since 8 October.

In particular, each segment of society are discontent with the transformation of the peaceful protests, which began in Sulaymaniyah in where Patriotic Union of Kurdistan (PUK) under the leadership of Jalal Talabani and Gorran Movement, a liberal political movement in the region, into violent acts; the loss of life of at least 5 people; and the injury of 200 people in the event.

The tension reached its peak after several developments. The Kurdistan Democratic Party (KDP) accused Gorran Movement of the attacks to its party offices, then expelled the employees of KNN Media Group, which is close to Gorran Movement, from Duhok and Erbil, and did not permit the speaker of the KRG parliament Yusuf Muhammad Sadiq, who is also a member of Gorran Movement, to enter Erbil. KRG Prime Minister Nechirvan Barzani dismissed 4 ministers from Gorran Movement.

These latest incidents evokes the civil war in the 1990s. Thousands of people lost their lives during the civil war between the KDP and PUK, which started in Erbil between 1994 and 1996. The war ended with the intervention of the United Nations, Turkey and the USA.

Nowadays there are concerns that the same events might be experienced between Gorran and the KDP. But no one wants to lose the gains achieved since 2003. Because for the first time since Kurdish Mahabad Republic in 1939, the Kurdish identity has been experiencing a new statization process thanks to the autonomous government in the north of Iraq after 2003.

Nevertheless, it is hard to say that the balances sit in place in KRG. In order to understand this crisis, it is useful to look at the process from 2009 to today.

The reasons behind the crisis
In 2009, Gorran movement’s emergence after its defection from PUK has revealed a new situation and equation in terms of the politics perception in KRG. The Iraqi Kurdish politics, which was dominated by the power share between KDP and the PUK, met with a sharp opposition with Gorran, perhaps for the first time. Thanks to its oppositional approach, Gorran won a great success in 2009 elections with 25 seats in the 111-seat Parliament.

Gorran’s oppositional approach damaged the perception of the 'dominant and unchanging' KDP and PUK image in the eyes of the people. Indeed, Gorran became the second party after the KDP in the 2013 elections.

The strategic alliance, which was made between the two main parties of the KRG, KDP and PUK, in 2004 and envisaged power sharing between these two, has ended when PUK lost the elections in 2013. Despite all objections by the PUK, the KDP formed the government with Gorran and the Islamist parties, and the PUK was subsequently included in the government. With the formation of the government after 9 months, the political crisis erupted at that day was delayed.

Fight against ISIS became a priority with the invasion of Mosul by ISIS in June 2014 and its becoming a threat for Erbil. In this process, the issues between Erbil and Baghdad such as the budget crisis, the KRG’s unilateral oil deals, political authorities and foreign policy differences, were temporarily shelved. Even Erbil and Baghdad signed an agreement to eliminate the problem of the struggle and strengthen the fight against ISIS in December 2014.

After a while, KRG has managed to conduct ISIS relatively away from its border with the help of the air operations held by US-led coalition forces.

Economic downturn in "New Dubai”
Then Baghdad decided not to make the necessary payments or delay the payments; and justified these decisions by pointing out the oil price drops, the economic crisis, and the fight against ISIS. This has opened the door to a serious economic downturn in the country, so much so that by October 2015, the government was not able to pay the salaries since June 2015. Only the security forces could get their payment in July 2015.

Many companies left their works unfinished, because they could not get payments. It is possible to understand it from the unfinished buildings in Erbil. It is spoken that young people are searching opportunity to flee abroad from Erbil, which is also called New Dubai. When one asks offices around Governor's office; they say that the number of those who want to issue a passport and apply for documentation for passports or visas has increased.

A new crisis erupted due to the issues such as economic downturn; expiration of Barzani’s extended period of office in August 2015; inconsistency within the government; and Gorran’s concerns over cooperation with KDP.

Well, where is Iran in this picture? In fact, the first phase of the political pillar of the crisis began when PUK, Gorran and Islamist parties invited Iranian Consulate General in Erbil to the parliamentary meeting on 22 June 2015 and proposed a draft law which offered the election of president by the parliament and restriction of presidential powers. The KDP has described this as a coup attempt, backed by Iran and did not attend the meeting. In the regional mass media, this event was interpreted as a confrontation between KDP, which has close relations with Turkey, and PUK and Gorran, which have close relations with Iran.

New balance in the KRG
Gorran and the PUK have created serious pressure on the KRG for the election of the president by the parliament. KDP insists that Barzani, whose period of office expired, should remain in the office. However, Gorrans’s approach to the issue is much harder than the PUK. In the last step, the issue has turned into a struggle between KDP and Gorran. Both parties accuse each other of deepening the crisis.

Indeed, a few days ago, PUK and Islamist Parties- Yekgirtu with 10 seats (close to Muslim Brotherhood Movement) and Komala with 6 seats (has good relations with Iran)- left the scene to KDP and Gorran with their six-point announcement after holding a meeting.

The PUK, which lost power because of Talabani’s health issues and not being politically active since 2009, has paying efforts to reverse this dynamic. If the PUK became successful by trying to play a conciliatory role; it will rebalance KDP on one hand, and overhaul Gorran on the other hand. However, there is a clear acceptance among PUK’s base that Barzani is monopolizing politics of KRG in his favour.

Gorran’s base is also against Barzani. Therefore, even though they share the same base, the rival Gorran and PUK agreed on Barzani. The pressure of Erbil on the politics of the region is bothering both parties. However minorities, quota seats such as Turkmens and the large section of the Islamist sided with Barzani and this support strengthens Barzani’s hand.

PUK and Gorran have concerns that the election of the president directly by the public would lead a presidential system in KRG and this would also increase the pressure of KDP on the region.

On the other hand, for PUK and Gorran, it seems easier to control groups in the parliament than to control people. Both parties are concerned in case KDP may commit an election fraud in its favour during the elections.

Here, a few options in terms of KRG politics have emerged. One of the alternatives is the possibility that KDP might form a new government after dissolving the current one. However, this option may deepen both the crisis and political dissidence. The possibility of early elections is also spoken, but considering the possibility of political and economic crisis, it is obvious that region is not ready for this option.

The continuation of the current government with the elimination of Gorran from the government and new appointments to these posts is the highest possibility. The PUK have started negotiations on this issue with KDP. However, it is highly questionable how PUK is going to manage Gorran’s base.

Nevertheless, it is not difficult for KDP and PUK, which have directed and managed Iraqi Kurdish politics since 1975, to go to a new power-sharing. Power and money may make people forget a lot of things.