Ceasefire and Political Solution in Syria 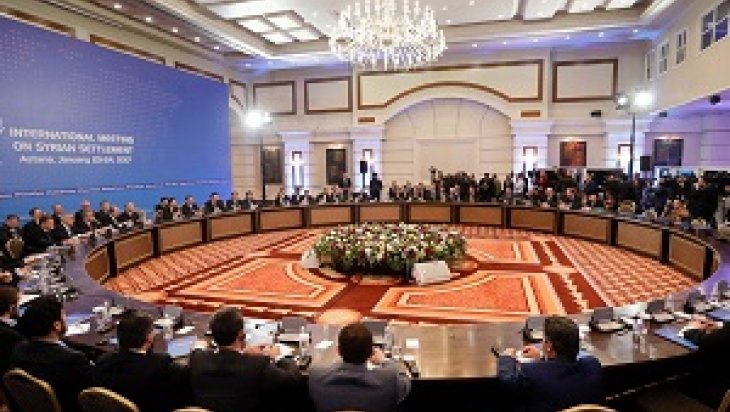 There have been many ceasefire attempts aimed at finding a solution to the Syrian crisis albeit without any success. As a result of the negotiations in Ankara between Turkey, Russia and the Syrian opposition, a ceasefire was declared in Syria coming into effect from 30 December 2016 on. The ceasefire aims to provide a foundation for the negotiations to be held in Astana in January 2017. Compared to the previous ceasefire attempts, this recent one guaranteed by Russia and Turkey has better chances for implementation. That is because, these states, which have the greatest leverage over the adversaries of the Syrian crisis are sincere in remaining within a work that will end the civil war.

The process toward the cease-fire

Ceasefire and political solution in Syria have been made possible with the changing priorities and converging positions of Russia and Turkey in Syria. Russia had three objectives when it launched its intervention: keeping the Assad regime intact and enabling it as a strong side in the solution negotiations; making its return to the Middle East possible through establishing new and reinforcing the existing Russian bases in Syria; and lastly fighting against fighters from the Caucasian region and Central Asia which represent a threat to Russia. Russia thinks that the first two objectives are met after it handed over Aleppo to the regime. After upgrading the capacity for Russian air and naval bases in Syria and securing them for 50 years, it seeks to initiate negotiations for a political solution as the stronger side.

For Turkey, the increasing power of ISIS and YPG/PKK has changed its priorities in Syria. As the Western, particularly the American approach to the Syrian crisis started to prioritize the fight against ISIS and involve alliance with YPG, Turkey’s policy toward Syria and general foreign policy attitude have changed. Supposing that its Western allegiance and the Western countries’ Syria policies work to undermine its vital interests, Turkey opted for a more region-oriented foreign policy. That led Turkey to a more coordinated approach with Russia and Iran.

The converging positions of the sides made possible the evacuation of Eastern Aleppo as the first achievement. The armed groups and civilians were safely relocated to Idlib under the guidance of Turkey and Russia. The only exception was that the pro-regime and pro-Iran militia forces opened fire on civilians. Nevertheless, the evacuation continued securely after the “Big Brother” Russia applied pressure and even threatened to “strike if repeated”. Chances for the success of the ceasefire are increased even further when the coalition actors are capable of influencing the armed groups on the ground.

Following the evacuation of Aleppo, Turkey, Russia and Iran reached an agreement in the meeting held in Moscow. The sides have agreed on several issues such as respecting the territorial integrity and democratic and secular structure of Syria. This article has also stressed the social structure of Syria and underscored its diverse ethnic and religious groups. It means that while the sides rejected federalism for Syria, they have agreed upon a democratic model that guarantees social, political and economic rights of all social groups. Another article that the sides have agreed is that no military solution is possible for Syria. It shows that the sides have reached their limits in military terms and admitted that there would be no winner of the civil war. All sides are to abandon their maximalist claims and agree upon a political solution that favors the red lines of both the regime and the opposition. Yet it is a fact that the regime is stronger in the negotiation table. Therefore, it would not be wrong to assume that a political solution will be closer to the regime’s preferences albeit with some revision. The last article of the meeting includes expectations for the participation of other actors in ceasefire and political solution while giving signals about the way that political solution will work and the participants of such a process. Also in this article, Turkey, Russia and Iran have declared their resolute will to fight against ISIS and al Nusra and separate the armed opposition from these organizations. It shows that the Russian approach of regarding all armed groups fighting the Syrian regime as terrorists have been softened. Consequently, the political solution process will include all groups except ISIS and al Nusra. It seems Russia’s attitude has had a decisive effect since Iran and the regime would most likely reject such a provision.

The agreement’s concrete outcome is the ceasefire that came into power from 30th December 2016 onwards. Russia, Turkey and Iran are going to use their leverage over the regime, the Shiite militias and the opposition respectively in order to hinder the breach of the ceasefire. The weakest aspect of the ceasefire is that the actors such as the Gulf States and the USA seem to have been left out for the moment. Another risk is that there are those forces who want to sabotage the ceasefire among both the regime and the opposition. The regime is more determined to fight until the end with the aid of the Iranian backed militia now that Aleppo is retaken. Therefore, some national and foreign militia groups which have radical tendencies may seek to sabotage the ceasefire. The opposition side has a similar problem as well. The exclusion of ISIS will not be a hindrance on practical grounds. Yet, it is a complex issue as to how al Nusra would be excluded and be distinguished from the opposition groups that it cooperates in Idlib. Some of these groups may even prefer to go on working with al Nusra. Therefore, they are likely to jeopardize the ceasefire. It is exactly because of this probability that Idlib might be kept out of the scope of the ceasefire.

There are also suspicions about Iran not being as sincere as Turkey and Russia about the ceasefire and efforts for political solution even though it participates in the process. At least, a hawkish faction within the Revolutionary Guards may jeopardize the ceasefire process. That is because this organization seeks to create a safe line from Lebanon through Iraq to Iran by initiating demographic changes. Since it has not reached that objective yet, it may continue its fight in Syria. Under such circumstances, disagreements may arise between Iran and Russia as it has already been seen during the evacuation of East Aleppo.

What kind of a political solution?

If the ceasefire achieves success, negotiations for a political solution are expected to start in Astana in January 2017. The process for political solution will progress roughly as follows. Turkey will help making a distinction between radical groups and moderate opposition. All sides will fight against the radical groups. Reconciliation will be promoted between the Turkish-backed moderate opposition and the Syrian regime. In return for the political concessions offered by the regime, the opposition groups will disarm or continue their control in their regions. Russia and Turkey will use their leverage on the domestic actors in order to make them conform to the agreement. A joint fight will be launched against the ISIS.

An unanswered question in this framework up to now is the position of YPG. Including YPG in the ceasefire is a contested issue. The tripartite agreement mentions the terrorist organizations and radical groups directly, yet it leaves YPG out. Nonetheless, when the political solution achieves success and all groups abandon their arms, YPG will be faced with two options. Either it will be a part of this process and disarm in return for some concessions or will it seek to preserve its gains if it maintains the support of the US. Under such circumstances, the regime and YPG will head towards a stand-off. The future of the YPG territories will depend on the new Trump administration’s Syria policy.