Civil War in Syria and Turkmens 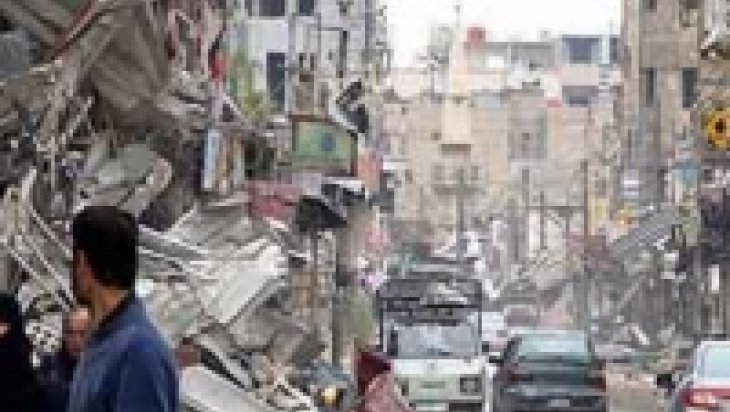 The ongoing civil war in Syria has increased the attention towards Lebanese and Syrian Turkmens in Turkey, and this situation made it possible for those communities to clearly express their social and political demands. On the other hand, it might be suggested that those communities will be most affected by the Syrian civil war in the long term. Because;

- They live in geographically dispersed areas,

- They are in a weak position in terms of social, political and military organization,

- They live among organized and powerful communities in political and military terms,

- They are not overpopulated,

- They do not receive foreign support.

The sharpening of ethnic – sectarian dimension of the Syrian civil war even brings forward the split of country on this basis. Even if Syria somehow maintains its territorial integrity, it seems like it will become a country to be ruled by a weak central administration. This situation shows that a political pattern like in Lebanon or Iraq will be established in the long term. In that case, each social group will strive to control its own district and maintain  security. Hence, a structure, which is de facto divided into certain areas on ethnic basis and where local forces come to the fore, will emerge. Turkmens are not in a position to establish their local authorities anywhere due to the reasons mentioned above. What causes more trouble for Syrian Turkmens is the fact that they would be the first community to be subjected to violence during the escalating civil war because of their weakness. The process of cantonization and the districts' becoming homogenous in Syria would bring along forced migration. Aleppo and Latakia, being the provinces which are most densely populated with Syrian Turkmens, are the most risky areas in this regard. Turkmens who live in the north of Aleppo province, which is located near the Turkish border, are found in the area where Kurds have been seeking to establish a region. Kurds who have been advancing under the leadership of PYD which is the extension of PKK in Syria, and of YPG which is the military wing of PYD have been trying to provide territorial integrity thanks to their strong position among the dispersed settlements. To provide this integrity might bring along Turkmen districts' joining the Kurdish district. As a result, Turkmens could live under the Kurdish administration or they might be forced to migrate in order to flee from the conflict. The same risk also applies to Bayır – Bucak Turkmens, living in Latakia province. The Latakia province is of critical importance for Assad's regime to establish an Alawite State, which is the last option in case the regime is toppled. This region is expected to include the provinces of Latakia, Tartus, and western Hama and Homs. Bayır – Bucak Turkmens live in the north of Latakia province and near the Turkish border. Assad's regime might force the people to migrate by resorting to violence as it did in Baniyas which was formerly located in the same area. As a matter of fact, this tactic has been implemented during the civil war to some extent, and the majority of Bayır – Bucak district has been evacuated. A considerable part of Bayır – Bucak Turkmens still lives in refugee camps in Turkey. If such a region was established, Bayır – Bucak Turkmens would face the risk of not returning to their homes again. It also applies to Turkmens in Homs. Because the Alawite district is expected to include some parts of Homs as well.

The risky impact of the Syrian civil war for Lebanese Turkmens is the fact that it has been dragging the sectarian polarization in Lebanon into a conflict. This situation might have different outcomes for Turkmens inhabiting two different regions. Akkar Turkmens who live in the north of the country which is densely populated by Sunnis are not a target of a direct attack. However, as seen in previous years, unfortunately it is possible they could be  attacked along with other Sunni groups in social attacks on Alawite minority in the region. Turkmens in Baalbek, on the other hand, live in a region which is densely populated by Shiites and where Hezbollah has influence. Therefore, it might be suggested that their security would be under a great risk in case of a possible sectarian conflict in the country.