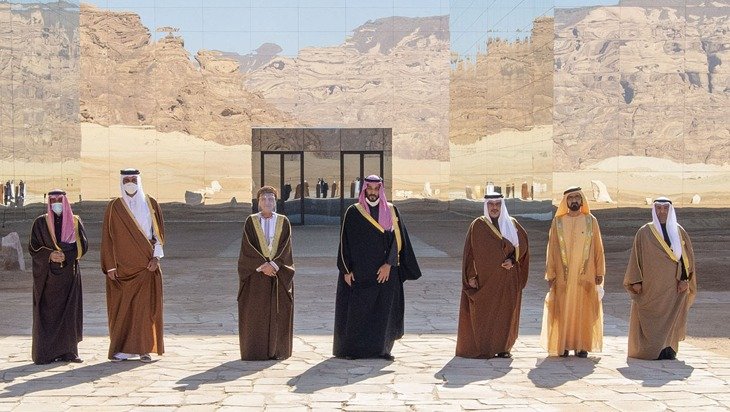 Even though Turkey had nothing to do with the siege of Qatar by the three Gulf countries (i.e. Saudi Arabia, the UAE, and Bahrain) along with Egypt and Yemen, the instigators of the crisis wanted to embroil Turkey in their arguments. Not accepting the accusations, Turkey played a central role in preventing Qatar from being taken hostage by the initiators of the crisis. Although the crisis between the two sides seems to have been resolved for now, it appears difficult to resolve the deeper issues in a short time. In the region, Turkey’s position is again debated in and outside of the country. In this paper, I will discuss the relevance of Turkey and its attitude toward the Gulf rift and its resolution.

The rift emerged between Qatar and the Saudi-led camp, namely, the UAE and Bahrain when the former chose to support Arab democracies. The Qatari media outlets such as Al Jazeera had played a role in facilitating political debate about Arab affairs and contributed to public criticisms of authoritarian Arab regimes in the east and the west of the Middle East. The rift became more apparent when the other Gulf countries supported the reversal of democratic transitions in Egypt, Yemen, Libya, and others. However, Qatar and Turkey opposed the cessation of the democratic processes, causing a major divide with the former group.

As the major Arab country, Egypt’s military coup by Abdalfattah Al Sisi was a turning point in their relations. Qatar and Turkey considered it unacceptable while other Gulf countries supported the military regime there, by attributing the whole blame on the Muslim Brotherhood (MB). To disguise their anti-democratic approach, the Gulf countries claimed that they are political Islam or the Muslim Brotherhood while Turkey and Qatar saw them as a natural part of Arab societies and politics. In this respect Turkey and Qatar also provided refuge for them along with other democratic opposition groups that were escaping from persecution. More substantively, then the Saudi King Abdullah had uneasy relations with both Turkey and Qatar.

During the early days of King Salman, relations began to warm up between Saudi Arabia and Turkey. Turkey publicly supported the Saudi initiative, the Operation Decisive Storm, against the Houthi coup in Yemen in 2015. However, the arrival of Trump worsened the dynamics between the two countries again. It later became clear that the deal between Kushner and Mohammed bin Salman (MbS) entailed Saudi support for military regimes in the region and distancing from both Turkey and Qatar. It also involved confiscating Qatar’s wealth and paying Trump a huge sum of dollars. When the Qatar blockade failed, the new Saudi rule under MbS collected this money from influential Saudi princes at the famous Ritz Carlton Hotel.

The Qatar blockade came out of the US-Gulf summit, where Donald Trump, Abdalfattah al Sisi, and King Salman bin Abdulaziz gathered around the glowing globe in 2017. Trump seemed to initially support the blockade campaign but later hesitated as he tried to rip benefits from both sides of the conflict. Turkey was surprised by both the blockade and mentioning the Turkish military presence in Qatar. Among the thirteen demands, the blockading countries demanded canceling the military agreement with Turkey and closing down the Turkish base. Of course, both Qatar and Turkey declined to meet these demands along with other demands to shut down the Al Jazeera TV and to halting the support for Muslim Brotherhood.

Turkey played a critical role in diffusing the early impact of the blockade that aimed to block Qatar’s air, sea, and land traffic. By coordinating with Iran, Turkey managed to provide consumers and other products for the Qatari markets along with diplomatic support. Even though the blockading countries later give up on closing the Turkish airbase, the blockade lasted until the 41st Gulf Cooperation Council (GCC) Summit and the blockading countries’ relations with Turkey deteriorated. At best, the failed Qatar blockade or the general Gulf crisis was counterproductive for the blockading countries as it pushed Qatar more toward Turkey and Iran that is seen as an arch-enemy in the Gulf region. As a consequence, the strategic alliance between Turkey and Qatar strengthened at all levels.

The major impact of the Gulf crisis has been felt in the Yemen conflict as Qatar withdrew its forces from the Saudi-led coalition. Secondly, the rift in the GCC prevented the effectiveness of this institution as it failed to address many issues concerning the region. The GCC rift even spread to other institutions such as the Arab League and even the Organization of Islamic Cooperation (OIC). The Saudi-UAE camp tried to compensate for their weakening role in the region by seeking help from the normalization with Israel under Trump-Kushner supervision.

In its fourth year, the Qatar blockade seemed to be useless as it failed to force Qatar to give any kind of concession against the conditions imposed. The blockade might have even hurt the Saudi and UAE economies more than Qatar’s economy. Additionally, there were complaints from local Saudi communities that used to export goods to Qatar and it damaged the tribal and social relations in both countries. The blockade also shattered the image of Saudi Arabia as one of the leading Muslim countries. Its image was further damaged by the war in Yemen and by the assassination of the Washington Post journalist Jamal Khashoggi.

Following the US elections, Trump and his son-in-law Kushner left the White House and this development gave new momentum to end the Qatar blockade and the general conflict in the Gulf. Failing to implement the project, its American architects looked eager to end the crisis to save face and to earn some points before their exit. In that regard, Jared Kushner attended the 41st GCC Summit, where the Al Ula Declaration ending the Gulf rift has been signed by the GCC member states, to portray the Trump administration as the mediator and facilitator in the reconciliation process. As the Trump administration already obtained some lucrative contracts from both sides while pretending to mediate in the conflict, this time Trump and Kushner wanted to assume a serious role in resolving conflict.

One major reason for the Saudi leadership’s growing desire to reduce the tension is probably that they are worried about the arrival of Joseph Biden as he criticized Saudi Arabia for the Yemen disaster and the Khashoggi murder. The Saudi leadership is worried about Biden’s leaning toward Iran and increasing pressure on Saudi Arabia. Also, the transition of power in Saudi Arabia to the ambitious Crown Prince MbS is not yet complete. Therefore, MbS did not want to leave the resolution of the dispute to Biden administration and for this reason MbS personally welcomed the Emir of Qatar, Sheikh Tamim bin Hamad Al Thani, to Al Ula. By turning the political rapprochment into a declaration to end the Gulf crisis, MbS sought a diplomatic victory.

Turkey officially welcomed the resolution of the Gulf crisis. The official statement by the Ministry of Foreign Affairs welcomed the efforts to ease the tensions, praising the Kuwaiti mediation efforts in this regard. That is, firstly, because the Gulf crisis undermined the regional interests of Turkey.

Secondly, Turkey sees that a peaceful neighborhood is good for everyone. For example, despite the negative campaign in the Saudi media and campaigns to boycott Turkish goods, Turkey did not adopt the same negative attitude and chose not to add oil to the fire.

From Syria to Libya, Turkey’s leaders defended the regional resolution of regional problems. While respecting international law and institutions, Turkey also realized that the internationalization of the Middle Eastern conflicts such as Libya and Syria did not bring a solution so far. It prefers regional dialogue and solutions as much as possible. As a trading and industrial country, Turkey prefers stability over conflicts and chaos in the neighborhood, but this attitude is also supported by Turkey’s historical ties with the people of the region who are torn by regional conflicts.

As for the Gulf crisis, Turkey prefers cooperation over conflict for itself and its neighbors, emphasizing the necessity to solve regional problems inside the region. Today the MENA region has enough conflicts to a level that at least the oil-rich countries should not complicate the situation further. Turkey indeed boosted its relations with Qatar but it sees better potential for wider economic cooperation with the region. In this way, I believe the Muslim countries, including Iran, can contribute to regional and global peace. With a win-win approach, the region has a good reservoir of sufficient cultural, historical, economic, and diplomatic resources to resolve not only the Qatar blockade but other crises as well. 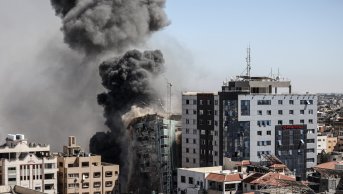 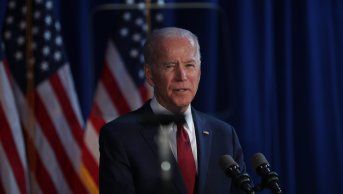