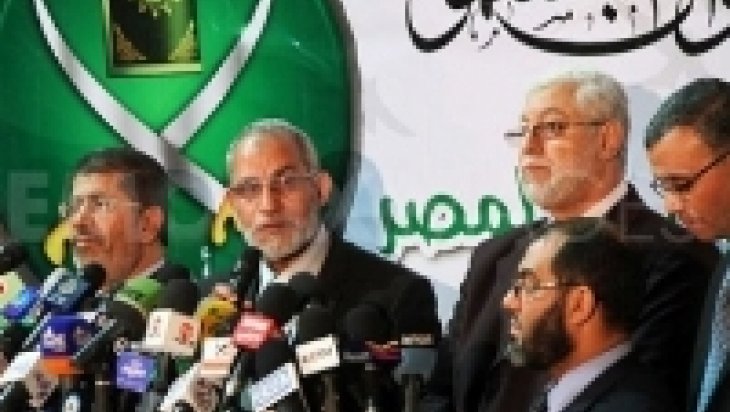 Hosni Mubarak resigned on February 11, following the spread of demonstrations across Egypt and the power was transferred to the Supreme Council of the Armed Forces (SCAF). This new era that started with the end of Mubarak's 30-year rule, has  witnessed three constitutional referendums, months-long parliamentary elections, two coup d’états that one carried out by jurisdiction and one by the army, numerous protests, dramatic political failures and bloody interventions. As a result thousands of Egyptians lost their lives during these tragic developments. The coup of 3rd July, which is an outcome of these political failures, dramatically has an impact on the balance of power within the country. Furthermore, the authoritarian regime of Egypt has become more dependent on the Gulf countries, which it has developed close relations in order to survive. The Egyptian regime pays significant efforts to eliminate the anti-coup protests and other oppositional movements, which had risen following the coup, by implementing means of violence and political pressure; while it also works hard to ease the heavy burden on the country's economy with the help of economic assistance coming from some Gulf countries in order to gain consent of the Egyptians. Since 2011, Egypt's tourism revenues hit the bottom because of the instability in the country. Also, significant amount of the direct foreign investment withdrew from the country. In addition to that, the coup damaged the relations with the Western countries. As a result, the Gulf countries’ weight and importance has increased in Egyptian economy. Between the coup of 3rd July and end of 2013, Egypt received a total of 12 billion dollars from the Gulf countries. 5 billion came from Saudi Arabia, 4 billion from Kuwait, and 3 billion from the United Arab Emirates (UAE). This aid is composed of interest-free deposits, grants, and petroleum products. On May 2014, $ 2 billion in aid was added to this $ 12 billion. In addition to this aid package, the investments of the Gulf countries have shown a significant increase in Egypt and have passed 50 billion dollars. According to a statement of the new president, Abdulfettah Sisi, in May 2014, the investments made by the Gulf countries in Egypt has exceeded 20 billion dollars since 30 June 2013. Thus, investment made by the Gulf countries in Egypt has left behind the investments of European countries which is around $ 40 billion in total.

The Gulf countries such as Saudi Arabia, the UAE and Bahrain try to take control of and shape the dynamics of change, the position of political actors and political agendas, which emerged in the post-Arab Spring era, in favor of their own interests. Within the context of these policies, the aforementioned countries placed themselves in an opposing side of Qatar regarding the army-designed coup in Egypt. Because Qatar, in the aftermath of the Arab Spring, define it interests on the change and took a position in favor of new actors, particularly on the Muslim Brotherhood. The ongoing tension regarding the Arab Spring in general and Egypt in particular, had stayed at low density until the coup of 3rd July that toppled Mohammed Morsi. In October 2012 the UAE accused the Muslim Brotherhood to sustain support for alleged coup plots by training the Islamist groups in the UAE and arrested several Egyptian citizens on charges of coup.

However, after the coup of 3rd July, this pioneering tension, evolved to a deeper and more visible fault line. With the impact of coup, Egypt became a battlefield where diverse national interests of the Gulf countries and their foreign policies clash with each other. Following the Gulf Cooperation Council (GCC) Foreign Ministers Summit, held in Riyadh on March 4, 2014, three countries- Saudi Arabia, the UAE and Bahrain- issued a joint statement and withdrew their ambassadors from Qatar. Thus, the tension among the Gulf countries turned into a diplomatic crisis and has became official. The joint statement released by Saudi Arabia, the UAE and Bahrain revealed that these three Gulf countries evaluate the developments emerged with the Arab Spring with a security perspective and have deep disagreements with Qatar. According to the joint statement, Qatar failed to follow the principle of nonintervention in other countries’ internal affairs and has supported the ones who threaten the security of the GCC member countries. With these expressions, these three Gulf countries in fact criticized Qatar’s support for Muslim Brotherhood. With this joint statement, Saudi Arabia, the UAE and Bahrain requested Qatar to deport the leading Muslim Brotherhood members residing in the country. Also Egypt issued a statement which announced withdrawal of its ambassador to Qatar, who was called back to Egypt for consultation before. About a month later, on April 17, 2014, Foreign Ministers of GCC member countries gathered to resolve the current diplomatic crisis in Riyadh and a security declaration was signed after the meeting. According to this declaration, each of the GCC member countries will not ignore “interests, security and stability” of other member countries and will not violate the member countries’ right of “sovereignty”. After this meeting, several times, the rumors that the Muslim Brotherhood's leading figures would be deported from Qatar took place in Gulf media. Besides, Egypt Ministry of Foreign Affairs submitted their request to Qatari officials for deportation of Muslim Brotherhood members. Qatar, criticizing Egypt’s official decision to declare Muslim Brotherhood as a terrorist organization, could not resist more to these pressures and asked some leading figures of the Muslim Brotherhood to leave Qatar on 13 September 2014. According to Gulf media coverage, these figures are Muslim Brotherhood Secretary-General Mahmoud Hussein; Board Members of the Freedom and Justice Party (FJP), Amr Darrag and Hamza Zoubaa; Supreme Council Member of FJP, Ashraf Badr; a leading member of the Muslim Brotherhood and former deputy minister of religious endowments Gamal Abdel-Sattar; Essam Telima and Wagdi Ghoneim. In an interview given to Al Jazeera Turk, Gamal Abdel-Sattar, stated that Amr Darrag and Wagdi Ghoneim came to Turkey with him.

In addition to pressure of the Gulf countries, the decision of the UK to form a committee for monitoring activities of Muslim Brotherhood within the country has shown once again transboundary impact of Egyptian domestic politics. British ambassador to Saudi Arabia Sir John Jenkins took the responsibility of heading this committee.

Egyptian regime after the coup, aims to consolidate the new balance of power and new political structure that formed with the new constitution. The Egyptian Army, who is also the "guarantor" of this newly founded system, pays greater efforts to achieve this goal with the help of privileges and powers sustained both by the new constitution and political customs emerged due to the developments since 2011, as well as economic and political support given by some Gulf countries. The aims of these intensive efforts are to suppress the ongoing discontent and opposition on the one hand, and to internationally isolate Muslim Brotherhood on the other. In particular, the ultimate goal of the regime in Egypt is to expand containment policy towards the Muslim Brotherhood with the support of some regional and global actors.