Convergence between the US and Egypt: An 'Apprehensive' Strategic Partnership 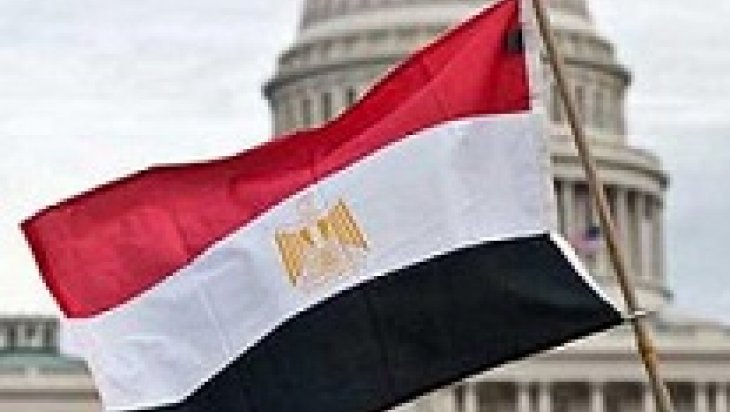 The US had aired its demands for free and fair elections, an inclusive government, rule of law and democratization loudly, but these calls were laid aside on 31 March 2015 when Barack Obama had a phone conversation with al-Sisi, and lifted the freeze on military aid. For a while, it has been on the agenda that the relations between Washington and Cairo may be repositioned toward the security basis, but this reposition could not go through the Congress. After the recent developments in the region, the resistance at the Congress softened, and Egypt came together with the US within the framework of 'regional security and stability'. Thus, the cloudy relations between Egypt-US became normal again. On the other hand, State Department spokeswoman Marie Harf said in her briefing in April 14 that the decisions made by the US are related to increasing threats to Egypt's security in recent months, and the US has still concerns about the human right practices in Egypt. At this point, it can be seen that while the US has certain concerns, it accepts Egypt as a strategic actor in terms of security.

Why were Egypt and the US separated from each other?

Following the July 3 Coup in Egypt that removed President Mohammad Mursi from office, in July 2013 Obama Administration suspended US military aid, which provided over 40 years to Egypt, and put a hold on delivery of ammunition and military weapons at the end of July. In addition to this decision, the US withdrew its ambassador to Cairo, Anne Patterson who took the office in 2011, and reduced its representation to the level of charge d'affaires.

By analyzing the Middle East democratization policy adopted in the US foreign policy on the operational and discourse basis since 2000's, the suspension of military aid and the withdrawal of ambassador from the country can be found as insufficient steps. Nevertheless, the US suspended its military aid for the first time in the last 40 years for any reason, and the diplomatic relations became tense.

Until the military aid was suspended in 2013, the US was giving military aid and economic assistance to Egypt since the 1979 Camp David Accords was signed between Egypt and Israel. Former US Secretary of Defense Harold Brown wrote a letter to the Egyptian Defense Minister Kemal Hasan Ali in March 1979. In this letter, Mr. Brown stated that the US is going to form an extended security cooperation with Egypt, and to send military equipments, weapons and investment in this context. In the framework of the aforementioned extended security cooperation; the first US contribution -valued at $2.92 billion- was furnished to Egypt in 1979. From this date on, the US was sending military aid regularly. However, there are some points need to be underlined. First of all, the aid provided by the US are not in cash, and cover financing the supply of weapon systems and defense services. Moreover, these procurements are unilateral contributions, because they are not determined in a bilateral agreement between the US and Egypt. Thus, they need to be approved by the US Congress. In addition to this, according to the US Foreign Assistance Act, the US should restrict its assistance to the government of any country 'whose duly elected head of government is deposed by military coup or decree'.

Two steps formed by the suspension of aid and the withdrawal of ambassador were taken toward Egypt , and they can be seen as an important practices in the US-Egypt relations, but these steps did not have influence over neither Egypt or international community. Since the possibility of a fundamental change in the US foreign policy was seen as a poor chance, the decisions of the US were evaluated as tactical policies. The US was widely criticized inside and outside of the country, because it did not make any statement to describe the military coup in Egypt, and it did not take any step to change the relations with its long-standing autocratic ally substantially. While the US foreign policy toward Egypt was projecting a 'hesitant' passive image composed of moderate discourse after 2013, Obama administration hoped to deal with the post-coup period in Egypt by employing 'carrot and stick' policies. On the one hand, the US called on Egypt to carry out the democratization process and criticized the human rights abuses, but on the other hand the US and Egypt made mutual commitments on the normalization of the relations in high-level diplomatic talks. These policies were the 'lenient' and 'firm' sides of the US relations with Egypt. However, the assistance issue which seemed to be made conditional by the US did not induce Egypt to step back. Furthermore, this issue formed an impression about the US that it pursued a hesitant policy, and remained passive and fell behind the developments.

We're together though we're apart

The first serious step to normalize the relations between Egypt and the US was the visit of the Secretary of State John Kerry to Egypt in October 2013 after the coup. Following the supportive statements made by Kerry, the US military aid came to the fore, and interim Minister of Foreign Affairs Nebil Fehmi paid his first visit to the US in post-coup period. The common point of these developments was the emphasis on the security and terror issues. On the eve of Nebil Fehmi's visit, John Kerry pointed that the security cooperation between the US and Egypt maintains, and they fulfill their responsibilities under Camp David Accords. Additionally, he said that he informed the Congress of the procurement of military aid. During his visit to the US, Nebil Fehmi had talks with National Security Advisor Susan Rice and the Secretary of Defense Chuck Hagel. The topics such as fight against terrorism, security and regional stability stressed by the US in the relations with its autocratic allies are reflected in the press from these meetings. Right after these meetings, the US decided to deliver 10 Apache Attack Helicopters to Egypt with the purpose of the support the ongoing operations in Sinai. Nonetheless, the delivery was delayed and could be made in December 2014.  The opposition in the Congress led by Senator Leahy blocked $650 million worth of military aid for Egypt which was planning to be delivered in 2013.

Within the scope of his Middle East tour, The Secretary of State John Kerry paid a visit to Egypt on 22 June 2014 as well. This visit was the highest level diplomatic visit since the Presidential election held in May 2014. Thus, this visit also shows that Abdul Fattah al-Sisi is recognized as the President by the US. During this visit, Mr. Kerry met with new President Abdul Fattah al-Sisi and Minister of Foreign Affairs Sameh Shoukry, and guaranteed the supply of military aid.

Despite the US's promises, Egypt sit down at the negotiation table with France and Russia to reach an agreement on military equipment by the help of the financial support given by Gulf countries. Egypt signed an agreement on $10 billion worth of military equipment with France and Russia in three days in February 2015. Thus, Egypt responded to the 'carrot and stick' policy of the US by employing the traditional 'balance' policy in the Cold War years. In the last analysis, after the recent developments in the region, the US gave up to follow the 'stick' policy as a part of its foreign policy, so it paved the way for the procurement of military aid. Michele Dunne and Robert Kagan described the change in the US foreign policy as a return to the Nixon Doctrine in their article for Washington Post. It is an important matter of debate whether this return will be enough for the Somozas in the Middle East.