Critical Threshold in Euphrates Shield: Al-Bab and the Aftermath 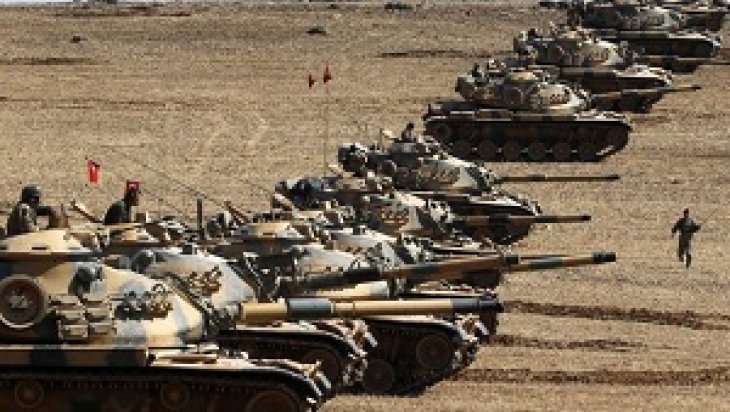 At the first phase of the Euphrates Shield operation launched by Turkey in Syria, the borderline was cleared from ISIS elements. The forces affiliated with the Free Syrian Army (FSA) backed by Turkish army reached Cobanbey through the borderline by reclaiming Jarabulus, which signed that the first phase was successfully completed and there was no longer a border between ISIS and Turkey. At the second phase of the operation, it was aimed to make the de facto safe zone gain depth towards the south. Within this framework, the Euphrates Shield operation advanced village by village and the narrow line on the border started to expand towards the south. Turkey stated from the very beginning that al-Bab and Manbij were going to be the final targets of the operation. As of late November 2016, the Euphrates Shield operation knocked on the door of al-Bab.

When Turkey and the FSA reached al-Bab, objections started to arise against the Euphrates Shield on which there was relatively a compromise until that date. The main reason for this is the strategic geographic importance of al-Bab. The power which reclaims al-Bab will take the control of a very critical bridgehead in order to arrive in Afrin in the west, al-Raqqa and Manbij in the east and the city center of Aleppo in the south.

One of the main goals of Turkey's Euphrates Shield operation was to prevent PKK's Syrian branch PYD/YPG from forming a holistic region on Turkey's borders. It is obligatory to reclaim al-Bab so that the operation will serve this purpose since YPG can still connect Afrin and Kobani through al-Bab or further south. However, the problem is not solved for Turkey by reclaiming al-Bab. Turkey considers that reclaiming al-Bab is a part of the fight against YPG presence in Manbij, Afrin and even in al-Raqqa in the following phases. Therefore, al-Bab is of vital importance for Turkey but is only a step to achieve the final goal.

It was witnessed that Syrian regime which didn't adopt a serious counter attitude until then started to change its position when Turkey came to the borders of al-Bab and targeted YPG. Syria first threatened Turkey in October 2016 by saying that "Turkish warcrafts which would enter its airspace would be shot down". Almost one month later, 4 Turkish soldiers lost their life in the airstrike of the regime in the rural areas of al-Bab. The first question which came to mind about this attack was whether Syrian regime launched this attack with Russia's support, direction or at least approval. Since this evaluation is of critical importance for the future of the Euphrates Shield which was planned to advance towards al-Bab. It was understood in the Turkey-Russia talks that Russia was not involved in the attack.

Syrian regime has increasingly weakened and it has become more dependent on its external supporters since the civil war which lasts for almost 6 years. This dependence has reached to such extent that the full control of certain state institutions and the military operations launched in the field has been transferred to the foreign powers. Different fractions have also been witnessed in time within the regime itself. Therefore, it could be explanatory to evaluate Syria's attitudes within the context of the conflicts in the regime.

Iran supported al-Assad regime on the one hand and strengthened its position in the country and increased its military presence by benefiting from the increasing weakness of the regime on the other hand. Iran, which took the opportunity created by ISIS in Iraq almost started to govern Iraq through Shiite militia (al-Hashd al-Shaabi). Iran is chasing after a similar situation in Syria. Iran benefitted from the dependence of Syrian army on the militia and launched several militia that it formed, financed, directed from different countries to Syrian field. Finally, in mid-November 2016, Iran-backed Hezbollah held a big military parade outside the borders of Lebanon, in Syria for the first time. Following this event, the media echoed the possible formation of a structure similar to al-Hashd al-Shaabi in Syria. It was stated that this structure was going to be formed notably by Hezbollah and other Iran-backed foreign militia. This is not probably "the Syria" which Russia expects to see in the long run. Therefore, Iran and Russia sees Syria's future differently even though they both support the regime and this contradiction becomes more visible as Syrian opposition weakens. Taking into account this evaluation and Russia's position after the attack where Turkish soldiers lost their life, it seems highly possible that this attack has been launched without Russia's support.

Syrian regime and Iran do not want Turkey to enter al-Bab and to include Aleppo in its range. The opposition's entry in al-Bab means that a front may be opened in the north of Aleppo's center. Therefore, the regime and Iran aim at forming a buffer zone between Aleppo and al-Bab. At this very point, the interests of the regime, Iran and YPG are overlapping. Turkey approaches al-Bab and, in parallel with this, YPG has started to advance towards al-Bab through Afrin in the west and Manbij in the east. This is one of the reasons why Turkey and the opposition haven't yet been able to reclaim al-Bab even though they are so close. Since a part of the forces around al-Bab have had to shift towards Manbij and the opposition and YPG have engaged in conflicts within the last weeks. Armed structures have been formed under al-Shahba Brigade which is alleged to be comprised of "local Arabs and Kurds" with the support of the regime and these groups have explained their purpose of formation as "fight against Turkey". Therefore, Iran and Syrian want to settle YPG in between without sharing borders with Turkey. This overlaps YPG's goal to ensure the connection between Afrin and Ayn al-Arab (Kobani).

To conclude, there are three obstacles before Turkey's al-Bab target. These are respectively Syrian regime, Iran and YPG. If this is a right evaluation, Turkey can be said to have a stronger hand in its advance towards al-Bab and Manbij provided that it can properly explain this advance towards al-Bab to the other actors and that it adopts a net attitude in terms of the limits of its target. However, anti-Turkey front would be expanded and it would be impossible to advance unless the purpose of reclaiming al-Bab could not be explained properly.

As the contradictions between Iran and Russia deepen with respect to Syria, there could be a higher possibility of cooperation between Turkey and Russia. These two countries are in different positions in terms of such issues as Aleppo and al-Assad's future. However, Russia has reached its borders in Syria and aims at keeping what it has gained rather than continuing to fight. Differently from Iran and Syria, Russia is aware that it is impossible to end the civil war without making concessions. It needs Turkey for this. It can be foreseen that Russia will not object too much provided that Turkey acts within the borders of its own security concerns. However, it should be kept in mind that Russia's closest ally in Syria is still the regime despite all the contradictions.

If Turkey overcomes all these difficulties, its target will be Manbij after al-Bab. In Manbij, Turkey may face YPG and the USA this time. However, the compromise with the USA concerning Manbij, Turkey's military presence in the field and Manbij's vital importance for Turkey puts Turkey forward. The USA previously gave a message to YPG saying that "it was alone in the west of the Euphrates." It seems difficult for YPG, deprived of US air protection, to resist the Euphrates Shield for a long time only with the US arms aid. However, it is obvious that Turkey should allocate more sources to Syria and act together with a higher number of Syrian opposition as the Euphrates Shield field expands. Opening of different fronts may lead to weakness in the Euphrates Shield.

If al-Bab and Manbij are captured, the goals which were stated when the Euphrates Shield was first launched will be achieved. However, these are tactical goals. The strategic goal is to clear the north of Syria away from all terrorist elements. Purification of Azaz-Jarabulus line from terrorism does not remove the presence of YPG in the east of the Euphrates and ISIS presence in al-Raqqa. Therefore, it should be expected that these regions will be the next targets of the Euphrates Shield operation.