Current Situation in Iraq in the Light of Field Observations 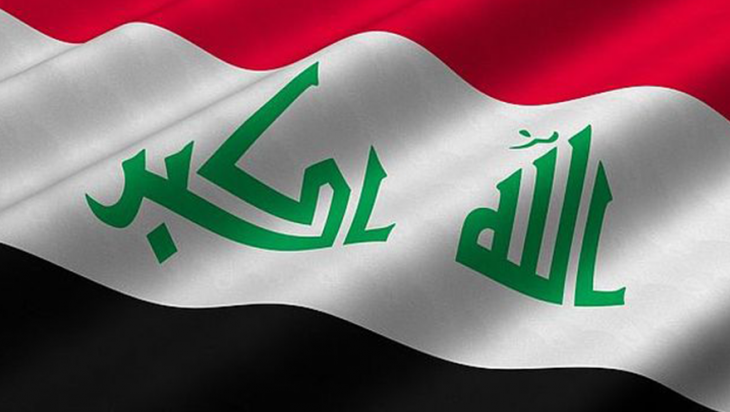 As ORSAM team, we conducted a field study in Najaf, Karbala and Baghdad provinces of Iraq for a period of 10 days in order to "investigate the pre-election political situation in Iraq". In this field study, we were able to observe the reflections of the post-ISIS process upon Iraqis as well as pre-election political dynamics. It is known that Iraq has entered into a new political process with the end of ISIS presence in the country. Especially in the post-ISIS period, it is possible to say that a new political process has started in Iraq as the Iraqi central government has taken control of the controversial territories, which are mainly Kirkuk and its surrounding area, as a result of the operations launched in the wake of the independence referendum. Entering the election period in such an atmosphere, Iraq seems to be focusing on the elections scheduled for May 12, 2018. Whereas 204 different parties have been registered by Iraq's Independent High Electoral Commission (IHEC) in the pre-election period to participate in the elections, 27 different coalitions, including 204 parties, will race to come to power in the elections. The parties have to hand over the deputy candidate lists to IHEC till February 15, 2018 although the due date that has been extended several times in the past is not extended. However, there is still no agreement on the qualifications of the candidates.

According to the electoral law enacted by the Iraqi Parliament, a parliamentary candidate is to be at least high school graduate.  However, some MPs objected to this and requested a quota for high school graduates at the rate of 20 % on the candidate lists. Even though the Iraqi Parliament adopted the 20 % quota in a voting out of the question on February 11, 2018, an application was made to the Federal Supreme Court of Iraq on the grounds that quorum was not met. As there exist no rights of opposition to the decision made by the Federal Supreme Court, the question mark over parliamentary candidacy will become certain. More than 16 thousand deputy candidates are likely to participate in the elections for 328 seats (329 in case the Feyli Kurds are given one seat) in the Iraqi Parliament. Although this is similar to the previous elections, the presence of a quite different atmosphere in the country makes the elections planned to be held on May 12th more important and different than ever. As this is going to be the first elections following the end of the ISIS presence to be made after the end of the rule of Iraq, it has the characteristics of a milestone by itself. Moreover, developments taking place after the referendum in Iraq, which came to the point of division with the KRG’s independence referendum, differentiated relations between Erbil and Baghdad. A new political struggle is in question in a part of Diyala, Mosul, Salahaddin, and especially in Kirkuk, which are called controversial territories since 2003.

Besides, the distinction between Shiites, the primary actors of politics in Iraq, seems to strike a blow to the political process. The Dawa Party, which was the determiner of the Iraqi Prime Minister except for only the Ayad Allawi period, does not participate in the elections for the first time under his own name. Two strong factions in the Dawa Party (Nuri al-Maliki-State of Law Coalition and Haydar al-Abadi-Nasr Coalition) will join the elections in different lists. On the other hand, Ammar al-Hakim, who left the presidency of Islamic Supreme Council of Iraq (ISCI) known to be one of the oldest Shiite parties in the country and is to join the elections with his newly established the National Wisdom Movement (al-Hikma), has taken a political risk. Muqtada al-Sadr, one of the crucial parts of the Shiite political movement, is participating in the elections with a completely independent list. It is a very interesting detail that the Iraqi Communist Party is also included in the list of Sairun formed by al-Sadr. However, the most stunning development regarding the elections might be that some militia groups in Hashdi Shaabi, which is the main actor of the fight against ISIS and which has turned into a real phenomenon in Iraq, has prepared a list and will join the elections. While the part played by Hashdi Shaabi, founded through a fatwa by the Shiite religious authority in Iraq, against ISIS shook the ground, it is a matter of curiosity whether this Hashdi Shaabi effect will turn into political influence or not. Hashdi Shaabi has a remarkable sympathy especially among Shiites, but it is a mystery how much support people will give to the armed groups to intervene in the political process. However, it is known that most of the political groups as well as the Iraqi government, and even the Shiite religious authority, oppose the involvement of armed groups in politics. It would not be wrong to argue that at least a part of people share this disquiet.

On the other hand, Sunni groups still remain dispersed. It is difficult to say that Sunni politicians can take lessons from ISIS. Indeed, when ISIS is thought to have emerged by exploiting the power gap in the Sunni regions, the separations between the Sunnis have the capacity to give birth to new threats. Especially the Iraqi central government has the biggest duty in this process. Nevertheless, concrete steps have not been taken to tackle the restructuring of Sunni regions and the return of migrants back to their places. In the post-election period, both the integration of Sunnis into the political process and the steps to be taken regarding the restructuring of the Sunni regions and the return of the immigrants will have a remarkable significance and role in reducing the potential for further conflict in Iraq.

As for the Kurds, they have become more dispersed than ever before in Iraqi politics. Suffering from a great decline following the referendum, Massoud Barzani’s KDP announced that it would not join the elections in the controversial territories. The PUK, on the other hand, continues its process of dissolution after Jalal Talabani’s death. After Barham Salih, KYB Spokesman Molla Bahtiyar is also said to be a part of a new formation. That is why the general congress of the PUK, planned to be held in March, is extremely critical. In the meantime, Gorran, the Kurdistan Islamic Group and the Coalition for Democracy and Justice under the leadership of Barham Salih have formed an alliance (National Alliance) for elections. The Islamic Union of Kurdistan, known as the most influential Islamist political movement in the KRG, is also said to be likely to join the National Alliance after being withdrawing from the government. Nonetheless, the "New Generation Movement" under the leadership of Abdulwahid who took the lead of the anti-government movement in Sulaymaniyah, arouses public interest.

The Turkmen who are most affected by ISIS are sanguinely preparing for the elections. Trying to close ranks with one another following  the KRG independence referendum, the Turkmen are preparing to join the elections with a common list of the Shiite and Sunni Turkmen parties in the name of "Kirkuk Turkmen Front" under the leadership of the Iraqi Turkmen Front in Kirkuk. However, it is not possible to mention that there is a complete unified list on behalf of Turkmens in Kirkuk. On the other hand, there are at least 12 Turkmen deputy candidates from more than one list in Talafar, one of the biggest settlements where Turkmens live together and that remained under the control of ISIS for 3,5 years and has not gotten most of its citizens back yet. It is also possible to say that the Turkmens in Mosul are also divided when the candidates in Mosul, of which Talafar is a part, are included. It is hard to say that the situation is reassuring in Diyala and Salahaddin, which includes Tuzhurmatu where the Turkmen have the potential to have a deputy. Joining the elections in different lists in Tuzhurmatu, Turkmens have difficulty in having candidates in Diyala. For this reason, a potential Turkmen success in Kirkuk, Talafar and Tuzhurmatu will be decisive in terms of the representation of Turkmens in Iraqi politics.

Along with all this political turmoil and controversy, it must be said that a serious change of discourse is currently in question. In Iraq where a political rhetoric far from sectarianism has risen, it is seen that more nationalistic, innovative and liberal discourses over homeland start to be adopted. More importantly, moving away from sectarianism is not merely rhetorical, but it has become reality among the people. It is quite crucial that many people we saw during the field work expressed that Shiite and Sunni people now understand each other in a better way. Even in the provinces such as Baghdad where a large and mixed population lives, the Shiites and Sunnis were said not to be able to go to each other's neighborhoods, but now there is almost no problem about it. The given detente also manifests itself in social life. Despite occasional terrorist attacks, people are happy and hopeful for the future because of the military disappearance of ISIS presence. Especially in Baghdad, the capital city, which is considered to be one of the most dangerous provinces in Iraq, social life has livened up. Whereas the opening of worldwide shops in newly opened shopping malls is perceived as if life in Iraq gets back into circulation, the increase of interest towards western style new restaurants and cafés accompanying these shopping centers and even the open air concerts organized every day on the occasion of further openings signal the fact that life begins to differentiate. Nevertheless, it would not be wrong to say that this differentiation contains some dangers in it. In fact, the pace of change has reached such dimensions that it can push people into social exclusion and it is even in an extreme size. Considering the rise of radical Islamist movements in the country, as well as the fact that Iraq which had modernity in the past became closed and conservative after 1991 and 2003, the rapid socialization in the country may turn into a potential conflict among Iraqi society. More precisely, due to the size of socialization in Iraq and the possibility that this socialization is not digested well, innovative and liberal views may come face to face with radical Islamist movements. For this reason, the government that will emerge after the elections to be held on May 12, 2018 and its practices will gain substantial importance. As well as the emphasize by the government upon the significance of the steps it is to take to ensure the balance among the people and its protection, government institutionalization, the prevention of non-state armed actors and the obstruction of external intervention in domestic issues will be the determining factor for the future of Iraq.

Bilgay Duman | 09.04.2020
Key anti-Daesh/ISIS actors in Iraq since 2014, the Hashd al-Shaabi and Shia militia groups have become the defining forces of politics beyond the...

Bilgay Duman | 17.03.2020
The rocket attacks against the Camp Taji military base in the north of Baghdad, Iraq’s capital city on March 11, claimed the lives of two...

Bilgay Duman | 22.01.2020
Emerging as a controversial actor after ISIS dominated most of the Iraqi territory in 2014, Hashd al-Shaabi and the militia groups that showed up... 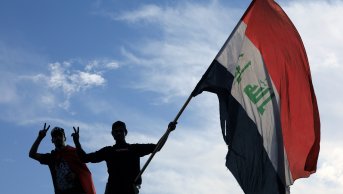 What will a Biden Presidency Mean for Iraq?

Mehmet Alaca | 15.11.2020
Since the US invasion in 2003, American presidential elections have been eagerly watched in Iraq, with any change in leadership likely to directly...