Egypt: Judiciary as a tool for mass intimidation 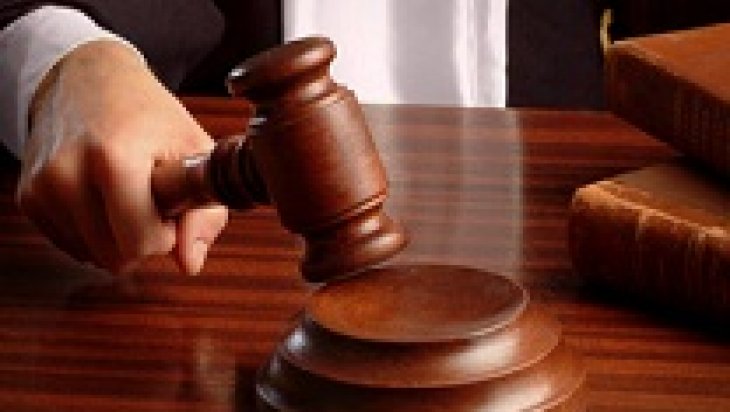 The tremendous impact of death sentences against more than 100 detainees including the ousted president Mohammed Mursi on 16 May still continues. Judiciary in Egypt, as one of the leading implementer of domination, the waves of which has swept the whole country following the 3rd July Coup, is testing the limits of authoritarianism in the country. Of course, the use of the justice system as an instrument of pressure by authoritarian regimes is not a new phenomenon; especially in many cases one may easily confirm that judiciary had been used as a conventional tool for the suppression of the opposition and the intimidation of the masses. However, the justice system, for the first time in the political history of Egypt, moves ahead of the coercive forces as a mean of domination.

The judiciary entered to the political debates in 2012 through the "soft coup". Ever since, it is one of the main actors in all political wrangling and new equations. It is a very difficult job to reveal the codes of relationship among the regime and the Egyptian judiciary both during Mubarak era and post-2011 period. It turns out to be too simple to apply analysis formulas, which may explain the well-disciplined security institutions having chain of command and order, to the judicial system. Even though during Mubarak era, there was quite an intricate relationship between the judicial system and the regime. On the one hand, the regime had assigned trusted figures to the senior posts; on the other hand, the judiciary did not hesitate to confront with the regime in order to open more space for itself. At the beginning of the 2000s, someone who is analysing Egyptian politics might have described the judiciary as an oppositional actor. The tension between the regime and the judiciary, which started over judicial autonomy and judicial reform, had reached its peak in the 2006 elections. Judges had used the threat of not monitoring the elections at first, and then announced their reports on election frauds to public. Subsequent to these developments, judges and lawyers organized sit-in protests.

The alliance between the judiciary and the regime was in turbulence due to dissenting voices against the regime by the judiciary time to time, especially regarding the elections and the trials on opposition. In some cases, the courts dropped the cases and released some detainees, who were targeted by the regime, on the grounds of invalid confession taken by torture. As a response to the unreliable attitude of judiciary, the regime found two solutions. First, the regime had extended the jurisdiction of military courts and began to transfer cases, which were vital for regime, to the military courts. Thus, the regime had restricted the jurisdiction’s power of blackmail in political trials. Mubarak began to take more easily the provisions he wanted via the military courts and so weaken the hands of the judiciary. Second, the regime implemented judicial reform. In 2007, he adopted a limited judicial reform to satisfy the demands of the judiciary As a result; the regime had tried to limit the judiciary’s room for manoeuvre on the one hand, and preserved the regime-judiciary alliance by making the slightest concessions and reforms on the other.

Judiciary entered into the arena of political conflict which began in 2011 with a "soft coup". On 17 June 2012, it dissolved the parliament in line with a ruling stating that the constitutional articles regulating parliamentary elections were violated in the electoral process. The judiciary declared its intention to hold a critical and active role in the transition period with this verdict. Judiciary’s verdict to dissolve the parliament triggered Mursi’s accusations to the judiciary as ‘the remnants of former regime’ and efforts of assignments new figures to senior positions in jurisdiction.

On 30 June 2012, Mursi took the oath of office, right after that on 10 July, he summoned the parliament for its first session despite the court verdict and announced a road map. According to Mursi’s road map, the constitution writing committee was going to complete its tasks by the end of 2012; and then within 60 days, the Shura elections was going to be renewed. Yet, on the same day President Mursi announced that they would appeal against the Constitutional Court’s verdict to dissolve the parliament. However, the courts including the Constitutional Court had repeatedly made remarks that the verdict could not be appealed.

Mursi, at the beginning, tried to solve the resilience of jurisdiction by making key assignments in order to eliminate pro-regime figures. However, Mursi’s  efforts were also met with great resistance. Mursi’s decision to remove Prosecutor General Abdel-Meguid Mahmoud from the post and assign Talaat Ibrahim was rejected by Mahmoud, who had ensured the support of the judges. This incident caused a deep crisis in Egypt at that time. By November 2012, Mursi announced decree of 22 November which ensured that presidential decisions would be immune from legal challenge until the elections and gave him ‘superpowers’.  One of the first acts of Mursi immediately after the decree of 22 November was to dismiss Mahmoud from his post. The following process was highly occupied by the tension, not between Mursi and military, but Mursi and judiciary. The Egyptian judiciary, which had held the flag of resilience of bureaucracy until the July Coup, transformed its relation with regime and became a close ally for the regime.

July 3rd coup created a deep fracture that exceeds the level of transformation began in 2011. The practices, which overshadowed even Mubarak’s rule, aim to construct a new authoritarian structure rely on civil and military bureaucracy in the country. The essential issue, at that point, is to suppress all oppositional forces, especially the Muslim Brotherhood. Following the bloody raid in Rabaa al-Adawiya Square, the police made widespread arrests; and it is reported that the arrests reached the astronomical figures. According to Egyptian officials, 16.000 Egyptians were arrested by May 2014, while opposition argues that it is already 40,000. This dramatic picture, becoming more desperate because of mass trials without necessary defence and advocacy capabilities. So far, Egyptian Mufti has been asked for his evaluation about more than 1,000 cases carrying death penalty.

The judiciary also is handling the task of terminating Muslim Brotherhood’s economic, social and political activities in the country. At previous periods, repression and punishment of opposition was main assignments of internal security and intelligence agencies; today the jurisdiction has taken that role to a large extent. With 2013 coup, the judiciary has positioned itself as the most advanced defence line of the authoritarian regime in Egypt. It also guaranteed its achievements with the new constitution as well as gained new ones. Jurisdiction, by its role in mass intimidation, has been testing its news powers as well as consolidating de jure achievements within the system. This situation raises the danger of uncontrolled enforcement of authoritarianism by the judiciary.