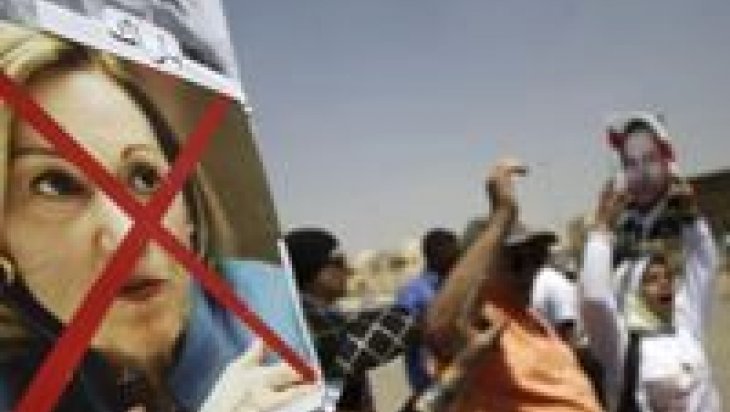 Due to the latest decisions about military aid for Egypt, the U.S.'s foreign policy toward Egypt has once again been under the spotlight in the international arena. As relations between the U.S. and Egypt became tense after the coup, releasing the suspended military assistance and acceleration of diplomatic visits paved the way for discussions about the future and potential results of U.S. foreign policy toward Egypt.

The White House decided to suspend the 40-yearlong military aid to Egypt, after President Mohamed Morsi was toppled on July 3. With this decision, the shipment of ammunition and arms to Egypt was completely halted towards the end of July. Both in the U.S. Congress and in the international community, this decision of the U.S. was found insufficient when the democratic values that were adopted by the U.S. were taken into account.

The U.S. ceased military assistance to Egypt for the first time in 40 years. According to the U.S. Foreign Assistance Act, "In the case of a president, who came to power through legitimate elections, is subverted by a military coup or willpower," the U.S. has to suspend its assistance to that country. Therefore, following the July 3 coup, everyone watched the U.S., and it became an important question as to how the U.S. would interpret developments in Egypt because if the U.S. considered the events of July 3 as a coup, this would mean that it would stop its assistance to Egypt, which had lasted since the Camp David Accords. However, President Barack Obama's government has refrained from using the word "coup" in all official announcements promulgated so far. The U.S. seemed to be content with the warning that "full power should be handed to the civilian government that is to be elected in a democratic way as soon as possible." On the other hand, due to escalating criticism and suppression, Congress halted all military and financial support in October 2013. The Egyptian regime reacted to the suspension of $1.5 billion in aid, most of which was spared for military assistance, but it was not enough to make the U.S take a step back. Moreover, Egypt came to the table with Russia to purchase newly developed guns.

On the other hand, following the July 3 coup, the U.S. withdrew its ambassador, Anne Patterson, who had been in office since 2011, from Cairo. Since then, the U.S. has been deploying a chargé d'affaires in Egypt and maintains its diplomatic representation in this way.

Patterson took the office in July 2011 during the makeshift rule of the Supreme Council of the Armed Forces after the resignation of Hosni Mubarak. Taking the office in this challenging period of change and struggle, Patterson was sometimes criticized by the Egyptian opposition. When the Tamarod Movement spilled out into the Tahrir Square to call for Morsi's resignation, she said, "Street protests should not be a means of change."

Then, Egyptian opponents, pro-regime people, media and the regime itself declared her an enemy. During the Tamarod protests that led up to the July 3 coup, placards that targeted Patterson were all around Tahrir Square. Patterson became an anti-icon, who was used as a tool by the regime to stimulate Arab nationalism and organize against the Muslim Brotherhood. Abdel Fettah el-Sisi delivered a speech on July 24 that indicated that anti-coup protests that spread all across the country would be suppressed harshly. In this speech, he declared the Muslim Brotherhood as a threat against national security.

The keynote of his speech "external powers that agitate terrorism" was fictionalized in various ways by the Egyptian media and directed against Patterson. Due to mounting criticism in the U.S. and outpourings of rage against Patterson in Egypt, Patterson returned to the U.S., and since then the U.S. has not appointed a new ambassador to Egypt.

All of these developments, including the withdrawal of the ambassador and suspension of military assistance, have remained pale in comparison with "the democratization agenda" that was put forward by Obama in Cairo in 2009. Nevertheless, these are considered as two significant developments in U.S. foreign policy. The U.S. did not officially define the events of July 3 as a coup and could not take radical steps that would dramatically change its relations with its authoritarian ally. Therefore, the U.S. had to face much heavy criticism both inside the country and outside. As moderate calls for an urgent return to democracy fell short and harsh criticism from Congress escalated, first aid ceased, and then Patterson was pulled out. But these actions were not enough to restore the U.S.'s passive "torn between" image that resulted from its temperate calls concerning Egypt.

These two steps toward Egypt, which can be counted as historically important in U.S.-Egypt relations, did not create a dispute, as a radical changeover in U.S. foreign policy was a limited possibility. No matter how important these two incidents are when we look at the history of relations, domestic dynamics were the main determinants in these two incidents. On the one hand, the criticism in Congress put Obama in a tight spot; on the other hand, reactions against Patterson turned into mass hate. These pushed the U.S. to make decisions. The decision to suspend aid only stopped one third of the aid as the remaining two thirds had already been granted.

On the other hand, the outrage due to the lack of a new ambassador in Cairo, allowed for alleviation of the reaction against the U.S. Some Egyptian media outlets that described the U.S. ambassador as "the U.S.'s High Commissioner in Egypt" reacted against the lack of anambassador in 2014. This description is reminiscent of the British colonial period in the collective memory of Egyptians.

An improvement in relations between Egypt and the U.S. became visible when U.S. Secretary of State John Kerry paid a visit to Egypt for the first time after the coup. Following the incentive messages of Kerry, the matter of military assistance was again brought to the agenda in April 2014, and in return, Egyptian Foreign Minister Nabil Fahmi visited the U.S. The common points of these two developments were the emphasis on the issues of security and terrorism. During Fahmi's visit to Washington, he held meetings with United States National Security Advisor Susan Rice and Secretary of Defense Chuck Hagel and discussed such topics as counter terrorism, security and regional stability. Just before Fahmi's visit, Kerry announced that security cooperation between Egypt and the U.S. would be maintained, they would act on the articles of Camp David, and military assistance would continue. Kerry's statement and Fahmi's visit indicate the U.S.'s demand for the normalization of relations. Within this concept, the most important development is the U.S.'s decision to donate 10 Apache attack helicopters with the aim of supporting ongoing operations in Sinai. However, this decision drew reaction in Congress and has partly been prevented for now. Apart from this, the Obama government wanted to donate financial military aid of $650 million, which was rebuffed by the opposition led by Senator Patrick Leahy, and it was suspended. This resistance against Obama's decisions probably will not last long if the restraints by Saudi Arabia and Israel are taken into consideration. After 2011, the U.S. has encountered a challenging period torn between the discourse of stability and order with its authoritarian allies and the democratization agenda that was adopted after Bush. So, this situation may cause the U.S. to reverse its previous politics. However, developments in the Middle East in the last three years make it impossible to reconstruct stability through the old political stance. Therefore, a new stage in Egypt-U.S. relations has opened with agreements on security, stability and counter terrorism, which will bring about further challenges.