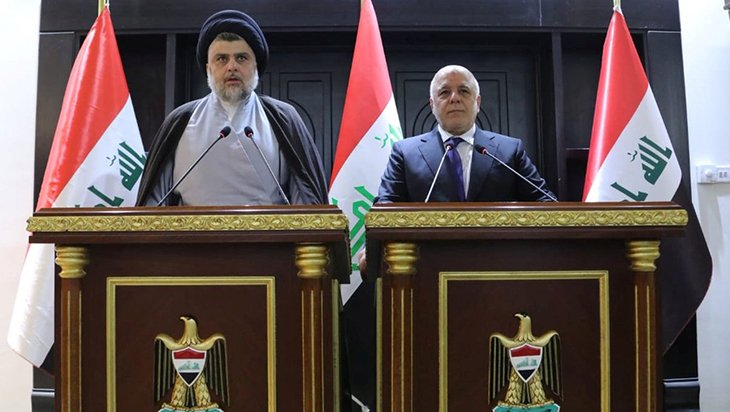 On May 12th 2018, the people of Iraq went to the polls to elect the parliament that will form the government which is expected to govern the country for four years. The elections marked a cornerstone for Iraq, as they were the first elections to be held after ISIS. ISIS had established control over a part of Iraqi territory in June 2014, soon after the parliamentary election on April 30th 2014, which led to a government being formed under extraordinary circumstances. While ISIS’ control over Iraqi territory ended as of the end of 2017, the marks left by ISIS have had important influences on politics. The power vacuum in security and politics experienced in Iraq during ISIS’ control over some of its territory has brought about the increased effectiveness of new actors such as Hashdi Shaabi in these fields. On the other hand, the referendum in the KRG held on September 25th 2017 and the operation by the Iraqi central government to establish control over Kirkuk and disputed regions on October 16th 2017 have changed political dynamics considerably and a new political map of Iraq has emerged.

The coalitions and alliances that were formed before the election in Iraq, which held a poll under such circumstances, were proof that politics in Iraq have changed. 204 parties and 27 coalitions competed in the election and for the first time ethnic and religious groups entered an elections as such fragmented groups.  While the Shiites formed five main coalitions, the Cause Party, which is seen as the most established Shiite political party, did not compete in an election since 2003 under its own name for the first time. Instead the Cause Party was split up between Prime Minister Haidar Al-Abadi’s Nasr Coalition and Nouri Al-Maliki’s State of Law Coalition. While the Sunnis have remained split since 2003, in places such as Mosul, Salahaddin and Diyala, where Sunnis are concentrated, Sunni groups took part in many coalitions founded by Shiites. The Kurds were perhaps never as fragmented as they were during this election and two new Kurdish political parties (the New Generation Movement and the Democracy Coalition) entered the political system.  The Turkmen ran a single roster in Kirkuk for the first time, while taking part in various coalitions in places such as Mosul and Salahaddin, where they are heavily concentrated.

The parliamentary election that took place on May 12th under such a political outlook has brought about many changes and surprises to Iraqi politics. First of all, with 44.52 per cent participation, the 2018 election had the lowest rate of participation since 2005. The low participation level may be seen as a sign of the people’s loss of confidence in politics and elections.  It is also possible to say that the low participation indicates that the people are uncomfortable with the current political system and the agendas of current politicians. The people may have signalled a change to Iraq's politicians. On the other hand, participation was lowered by Iraq’s most prominent Shiite religious authority Ayatollah Ali Al-Sistani’s manifesto-like statement a week before the election.  While in previous elections, Sistani had deemed participation a “religious duty”, in his most recent statement he called it simply a “right” and undertook heavy criticism of politicians, which was a factor in lowering participation.

On the other hand, there might be indirect reasons for low participation. The electronic voting system that was used in the May 12th elections posed some difficulties in the run up and during the voting. Only a part of the electorate were issued with biometric voter cards that were to be used in electronic voting. Furthermore, around 2 million people displaced by ISIS in Iraq have not yet returned home.  Furthermore, running electronic voting in a country such as Iraq with very weak technical infrastructure also caused problems. For example, especially in the Turkmen regions of Kirkuk, it was seen that the system did not work or broke down regularly. This was another factor lowering the number of voters going to the poll.

The election results contain many surprises. Along with the debate caused by electronic voting, there were objections that there had been tampering with the results. Nevertheless, according to results announced by the Iraqi Independent High Electoral Commission, the Sairun Coalition established under the leadership of Muqteda Al-Sadr achieved unexpected success by coming in at first place. Haidar Al-Abadi’s Nasr Coalition did not perform as well as expected, coming in third place, while the Fetih Coalition under Hadi Al-Amiri that included representatives of Shiite militia groups won significant success by coming in at second place. Of the six parties and coalitions that won more than 20 seats in parliament, five were Shiite parties or Shiite led coalitions.  The only exception was the KDP, which won more than 20 seats.

While Muqteda Al-Sadr’s Sairun Coalition emerging first has been described as a surprise, a look at the number of votes cast shows that Muqteda Al-Sadr has maintained his vote potential seen in previous elections. At this point, it was low participation that made was for Muqteda Al-Sadr’s gains. It is possible to say that as one of the most influential forces in Iraq in terms of the base, organisation and leader triangle, Muqteda Al-Sadr has displayed capability and success in consolidating his base and reflecting the power of his organisation in the political field. On the other hand, as well as the Sairun Coalition being a collection of very different groups, Muqteda Al-Sadr’s stance against foreign involvement in Iraq, his statements and actions against corruption have public backing.  That the Sairun Coalition enjoys popularity might be seen as a sign of new opposition to sectarianism, ethnic divides and radicalisation in Iraq.  Muqteda Al-Sadr’s discourse has adopted non-sectarian rhetoric that is based on Iraqi identity, prioritises the homeland and even has liberal elements.

The Nasr Coalition led by Iraq’s current Prime Minister Haydar Al-Abadi has not achieved the same level of success. It seems that Abadi could not turn combating ISIS, establishing superiority over Kurds and the international success he enjoys to political capital.  Former Iraqi Prime Minister Nouri Al-Maliki and Ammar Al-Hekim, who split up from the Islamic High Council of Iraq to found a new party called Al-Hikme have both lost votes.

Entering the elections with much division among them, the Sunnis could not reflect their political strength adequately.  Only the Vataniyye Coalition founded by Vice President Iyad Allavi, which was the largest Sunni coalition, can be said to have achieved relative success for the Sunnis. Some Sunni groups were seen to have disappeared within coalitions founded by Shiites. Coalitions led by Shiite parties have made considerable gains in places like Mosul, Salahaddin and Diyala, where Sunnis are concentrated. For example, the Nasr Coalition got the most votes in Mosul. This could lead to a significant bottleneck for Sunnis in the future in punching at their political weight.

Kurds, who were thought to be the most politically unified group in Iraq, competed in an election with so much division among them for the first time. Nevertheless, the KDP and the PUK, which are the engines of the Kurdish political movement managed to get most of the Kurdish vote. While the KDP maintained its vote potential, the PUK did not suffer heavy losses despite internal disputes and divisions within the party. In this sense, the newly emerged Kurdish political parties have not had the effect they hoped for.

The Turkmen, who entered elections on a single roster in Kirkuk for the first time, won three seats there. Compared to the two seats they had won in 2014, this might be seen as a partial success for the Turkmen. However, strong suspicions that especially the PUK engaged in electoral fraud in Kirkuk indicate that the electoral results from Kirkuk do not reflect the truth. The Turkmen have won nine more seats in other provinces under different coalitions and have increased their total number of MPs. With the exception of Ershat Salihi, President of the Iraqi Turkmen Front, all Turkmen MPs are fresh faces and come from groups that were previously not represented, which indicates a changing course in Turkmen political behaviour. That the largest Turkmen political organisation, the Iraqi Turkmen Front did not win any seats outside of Kirkuk is attention worthy in terms of Turkmen politics.

No group is in a position to establish government by themselves. A political group needs to have at least 165 seats in order to establish government. The outcome of the election in Iraq needs to be examined in three categories. Although Sadr has enjoyed success, there is a balance among Sadr, Abadi and Amiri. These leaders have all won more than 40 seats. In the second category, there are leaders such as Nouri Al-Maliki, Barzani and Allavi, who won more than 20 and less than 40 seats. In the third category there are smaller fractions. Given that governments in Iraq are formed by post-electoral alliances, the question now becomes which groups will form an alliance. It must be admitted that Shiites are the driving force behind Iraqi governments. The five large Shiite parties have 187 seats among them. Therefore, it is reasonable to expect a government to be established under Shiite leadership. At this point, as the winner of the election, if Sadr does not take a position close to the Fetih Coalition or Maliki, he will probably seek as coalition with Abadi and Al-Hekim.  This will not be enough on its own. They will need the support of both Sunni and Kurdish groups. On the other hand it is known that Nouri Al-Maliki is looking for agreements with the Fetih Coalition and smaller parties to form a majority government. This will mean a long process of political haggling in Iraq. Before a government is founded the speaker of parliament and the president need to be elected and the president needs to give the largest group in parliament the duty of founding the government. Given the circumstances before the election, a unified political settlements seems difficult to come by. The deep divides between political groups stand in the way of them coming together after the elections and coalitions that emerged before the elections may split up. This increases the possibility of a majority government. However, there are disadvantages to a majority government.  Given the possibility that the Fetih, which is known as the Hashdi Shaabi group, or some elements within the Fetih coalition may be left out, Hashdi Shaabi’s strength in the field may cause instability.  Meanwhile, it remains a fact that Iraqi governments are never founded based on internal dynamics. Regional developments, as well as the tense relationship between the USA and Iran, as well as the differing priorities of various groups in parliament will make for a tough process for Iraq.