How a possible US withdrawal from Iraq affects Turkey 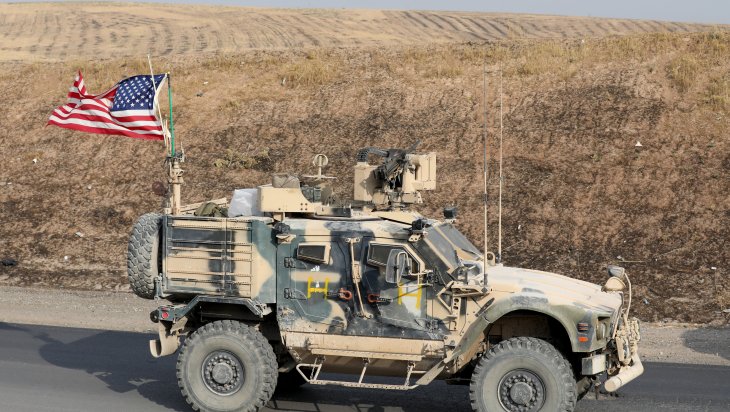 The U.S. assassinations of Qasem Soleimani and Abu Mahdi al-Muhandis in Baghdad as an attempt to irritate Iran flared up the long-standing debate about the U.S. presence in Iraq. The Iraqi Parliament, with the votes of Shiite MPs, recommended a bill for the Iraqi government to expel all foreign powers from the country, referring to the U.S. troops in particular. Even if the bill was not conclusive, the potential consequences of any future withdrawals need to be discussed. It is one of the expectations that in the case of U.S. withdrawal most of the foreign troops will have to withdraw, including Turkey. Turkey, which shares long land borders with the country, considers Iraq as being a crucial neighbor country in terms of its security, economic and historic relations. The end of the Turkish military presence in Iraq will harm Turkey's fight against the PKK and Daesh. A possible Turkish military withdrawal may disrupt Turkey's border security and bargaining power which Turkey gained with the construction of military bases in the region. As Iranian influence is expected to increase after the withdrawal, Turkey may face new restrictions from Tehran for its own benefit.

Increased Iranian influence
It is no surprise that Iran will benefit the most from U.S. withdrawal from Iraq as it will increase its already powerful influence in the country. After the May 2018 election, the pro-Iranian Fatah Coalition (led by infamous militia leader Hadi al-Amiri) emerged as the second-largest group in parliament. Since then, however, domestic Iraqi politics have yet to be stable as no permanent government has been established. Heated protests, supported by the Shiites, forced Prime Minister Adil Abdul-Mahdi to resign and even brought President Berham Saleh on the verge of resignation because of his refusal to approve the pro-Iranian candidate as prime minister. Considering that even the American military presence in the country does not give the U.S. the right and ability to select the prime minister on its own, this power balance forces the U.S. to make an invisible agreement with Iran. Consequently, the end of Washington's military presence in the country will make Iran the undisputed strongest party with the most influence on the government.

In this scenario, Ankara, which has developed economic and political relations with Iraq over the years, may face restrictions from Tehran. As a matter of fact, Turkey which has more than $15 billion trade volume with Iraq has begun to have problems with daily food exports to Iraq, particularly after the increase of sanctions against Iran. Although Iraq stated that the restrictions were made to promote the domestic economy, some claimed that it was due to the secret delivery of Iranian products to Iraq. Iran, which shares a some 1,500-kilometer borders with Iraq, aims to increase its commercial volume with the latter regardless of the U.S. sanctions.

Re(rise) of Daesh
Rumors are starting to spread that Daesh is regaining its power by developing cells throughout Iraq. If a possible U.S. withdrawal creates a power vacuum or (and) a sectarian conflict, Daesh (and Daesh like-organizations) will take advantage of the situation and will fill the vacuum. It is known that Daesh has already developed a cell-structured organization in northern provinces such as Kirkuk, Mosul, Diyala and Salahaddin. The re-empowerment of Daesh, for sure, will have very negative consequences for Turkey. As a country that shares a some 400-kilometer border with Iraq and suffered many attacks by Daesh militia on its own border, including megacities like Ankara and Istanbul, Turkey will be one of the first targets of Daesh (or Daesh like-organizations). In this respect, Turkey favors the Sunni groups to be kept in Iraq's legal-political system to prevent their marginalization.

Kurdish independence attempt
It has been discussed that in case of the removal of U.S. troops from Iraqi territory, the U.S. may deploy its forces in KRG-controlled areas. The Kurds already boycotted the parliamentary session which calls for the expelling of U.S. troops from the country as an indication of not wanting more Iranian influence in the country. It is believed that the U.S. military base in Erbil was chosen as a target in the Iranian attack (on Jan. 8) as a retaliation against that decision. The largest U.S. consulate in Erbil and the expansion of the Harir base are considered signals for the U.S. preference to move its troops to the KRG. The U.S.’ intense relationship with the KRG may lead the Erbil government to begin a new process of independence. This time, the U.S. might recognize the independence of Kurds or the U.S. may use the independence card against Iraq and Iran.

Furthermore, with the support of the U.S., the KRG may revive the discussion regarding Kirkuk and other controversial regions. Such a possibility concerns Turkey to adopt a tough stance toward the KRG. As you might remember, Ankara severed its relations with Erbil as a reaction to the 2017 independence referendum. Turkey’s reaction is expected to be more severe in a new independence attempt.

Turkish military bases in Iraq
If U.S. troops withdraw from Iraq, Turkey's military presence in Iraq will become one of the main controversies. Turkey has two outposts in Duhok’s Berwari region, military installations in Bamerni, Amedi, Siriye, and a military base in Mosul’s Bashiqa region. Turkey’s military presence, which was developed to fight against the PKK and Daesh, are, from time to time, subject to criticism by the Iraqi government. While it is estimated that there are about 450 Turkish soldiers at the Bashiqa base, which was established in the context of the fight against Daesh in 2015 at the request of the Iraqi government, the number of soldiers in other regions is not definite because the number is constantly changing according to the operations against the PKK. Bashiqa will be at the center of debate during this period, but the main function of the military presence here is to train local soldiers in the fight against Daesh.

With the help of the military presence in the region, Turkey gains acceleration in the fight against the PKK in recent years. In case of the removal of Turkish troops from the country, the capacity of the fight against the PKK can be affected. It is crucial to state that the motivation of the military presence of Turkey in the KRG sits on the legal basis and bilateral agreements. The Border Security and Co-operation Agreement signed between Turkey and Iraq in 1983 was not been canceled after the 2003 invasion. This agreement authorizes Turkey to keep troops and undertake military operations in the region in case of a perceived threat. Also, as long as the PKK continues its activities against Turkey, the agreement highlights that Ankara has the right to make hot-pursuit military operations inside of Iraqi territories. In this respect, Turkey’s position against the PKK's presence does not pose threats to Iraq. Also, according to the U.N. Charter's Article 51, in order to prevent the violations of border security and the territorial realm of authority, Turkey can establish preventive intervention and measures in the region. Considering the PKK and Daesh’s previous attacks in Turkey and possible attacks in the future, the Turkish military presence in the region is important in order to prevent their actions.

This article was published in Daily Sabah website under the title of “How a possible US withdrawal from Iraq affects Turkey​” on  February 26, 2020.