Iraq in the aftermath of the Elections and Expectations 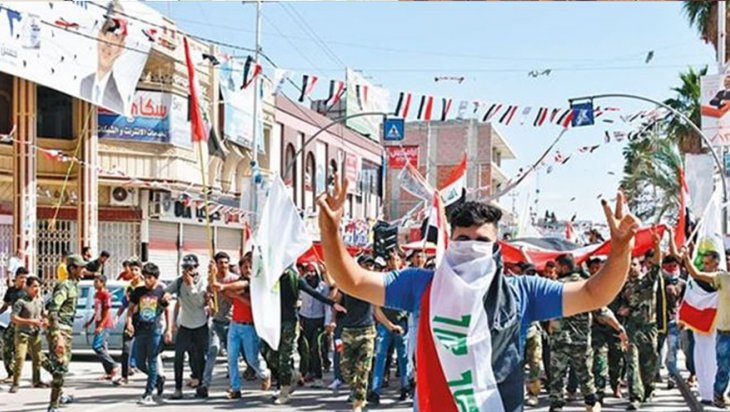 The Iraqi people went to the polls on May 12, 2018, to choose the parliament that would form the government to rule the country for four years. The given elections are a significant cornerstone for Iraq as it has been the first elections to be held in the post-ISIS period. For, in the wake of the parliamentary elections on April 30, 2014, ISIS controlled some of the Iraqi territory in June 2014, prompting the government to be established in extraordinary circumstances. Thus, after the 2014 elections, the government faced extraordinary circumstances and devoted most of its time to fight against ISIS. As of the end of 2017, even though the ISIS control over Iraqi territory came to an end, the traces it left led to substantial impacts in all areas of Iraq. Throughout the control of the terrorist organization in Iraq, a power vacuum emerged both in security and politics. This situation brought about the birth of new actors such as Hashdi Shaabi, and Iraqi politics turned its steps towards a different direction. In addition to the KRG independence referendum held on September 25, 2017, in this political milieu, and the developments that occurred afterward, that the central government overtook the control of Kirkuk and controversial regions by the operation carried out on October 16, 2017, changed political dynamics to a significant extent.

The 2018 elections have been the lowest voter turnout since 2005 in the country. The voter turnout was 44 percent. The reason why the participation rate remains at such a low level is that people have lost their belief in politics and elections. Furthermore, this rate can be regarded as an indication that people have been disturbed by the current political structure and that they are tired of the current politicians' agenda. It can also be stated that the people have given a message of change to the Iraqi politicians at this point. However, the low participation rate is also seen to have indirect motives. Especially the electronic voting system used in the elections held on 12 May 2018 has pushed people away from the polls. For, some Iraqi voters did not or could not receive their biometric voter cards to be used in the electronic voting. Besides, there is a mass of 2 million people in Iraq who have had to migrate due to the ISIS terror and have not been resettled. It is known that most of the immigrants in Iraq could not receive their voter cards. However, electronic voting in Iraq, the technical infrastructure of which is extremely weak, made voting difficult. It has been seen that in some regions, mostly in the Turkmen regions in Kirkuk, the electronic election system did not work or broke down. Participation below 50 percent is a distressing situation for the democratic process in Iraq.

The election results reveal that the political balance in Iraq has begun to become distinct. In addition to the discussions over elections by electronic voting, the results of the elections, the election results contain a number of surprises in spite of the allegations that there exists a fraud in the elections. That the Sairun Coalition, formed under the leadership of Muqtada al-Sadr, is the political group with the highest votes in the elections according to the first results, that the Nasr Coalition under the leadership of Haider al-Abadi could not perform anticipated performance and the success of the Fatah Coalition under Hadi al-Ameri’s leadership which includes the representatives of Shia militia groups signify that the debates will take place in the government formation process. However, it would be wrong to say that the number of the votes the Sairun Coalition led by Muqtada al-Sadr obtained is surprising while its emergence as the first party from the elections is very shocking. At this juncture, it is seen that the coalition established by Muqtada al-Sadr is in the forefront due to the low participation rate to the elections. For, it is likely to say that Muqtada al-Sadr, who is perhaps the leading figure of the most influential forces in Iraq in the ‘grass-roots, organization and leader triangle’, shows the skill and the ability to console the party grass-roots and to reflect the power of the organization to the political arena. On the other hand, the Sairun Coalition seems to have attracted attention as it had a list that brought together many different groups. At this point, a courtesy towards the Sairun Coalition is a sign that a stance has emerged in Iraq against sectarianism, ethnic distinction, and radicalization. Indeed, it was noteworthy that Muqtada al-Sadr's election speeches were far from sectarianism, but based on the Iraqi identity, prioritized homeland and even adopted liberal discourses. Therefore, while the Iraqi people gave the message of ‘clean up your act’ to politicians, they, on the other hand, showed their will up for a country that gets normalized.

On the other hand, it should be pointed out that the Fatah Coalition under Hadi al-Ameri’s leadership, one of the Hashdi Shaabi commanders, also achieved an important electoral result. These election outcomes are important in a way to demonstrate that the Fatah Coalition can turn the popular support for Hashdi Shaabi into a political support. At this point, it is difficult to say that the Nasr Coalition under the leadership of current Iraqi Premier Haider Al-Abadi managed to achieve the expected success. It is seen that Abadi could not turn several elements such as his struggle against ISIS, superiority over the Kurds, and international support he received into an advantage. It is also possible to argue that Ammar al-Hakim, who left the former Iraqi Prime Minister Nuri al-Maliki and the Iraqi Islamic Supreme Council and set up a new party called al-Hikma, has experienced a decline in the voting rates compared to previous periods. In particular, Ammar al-Hakim can be said not to be able to turn the atmosphere he created and the momentum he captured before the elections into a political support. It turned out that the Sunnis, who were scattered in the elections, could not reflect their political power. Nevertheless, it can be said that the Vataniyya Coalition, the largest Sunni coalition established by Iraqi Vice President Iyad Allawi, could achieve a relative success for the Sunnis. However, the Kurds, who are thought to have provided the greatest political unity in Iraq, participated in the elections and proved to be, for the first time, so dispersed. And yet, the Kurdish movement's driving powers, the KDP and the PUK, seem to have taken a large part of Kurdish votes. The Turkmens, on the other hand, entered the elections with a common list in Kirkuk, showing a united view as opposed to the Iraqi politics.

Considering the election results, it would not possible for anyone to form a government by itself. It is likely to examine the election results in Iraq in three main circles. For, even though Sadr's success is very visible, there exists a balance between Sadr, Abadi, and Ameri. These are the parties with the highest votes. On the other side, we have Nuri al-Maliki, Barzani and Allawi, who have had 20 and more deputies. At lower levels, a parliamentary structure divided into different factions exists. In this regard, who will make an alliance with whom after the elections proves to be very crucial. At this point, it must be kept in mind that post-election coalitions are formed for the establishment of the government in Iraq. The Shiites are the driving force of the government in Iraq. That is why a Shiite-led government scenario can be expected to be formed in Iraq. Sadr, the winner of the elections, is likely to follow a coalition with Abadi and al-Hakim if he does not adopt a position close to the Fatah Coalition or Maliki. Of course, this will not be not enough alone. They need support from both Sunnis and Kurdish groups. On the other hand, Nuri al-Maliki will pursue a deal with other small parties, especially the Fatah Coalition, to establish a majority government. This means a long political process in Iraq. For, negotiations in Iraq do not come to a conclusion quickly. Considering the political structure before the elections, it seems difficult to reach an inclusive political consensus. Therefore, the probability of a majority government to emerge is higher. However, the majority government also has its own disadvantages. Especially when Fatah, known as the Hashdi Shaabi list, is considered to be excluded, Hashdi Shaabi's power in the field can lead to instability. On the other hand, the government is never established in Iraq only depending on the internal dynamics. Both regional dynamics and the relationship between the United States and Iran, as well as the priorities of other political actors that may be effective in parliament,  are also taken into consideration. That is why it would be appropriate to say that the struggle for Iraq has just begun.

This article has been published on May 18, 2018, under the title of "Seçim Sonrası Irak ve Beklentiler" (Iraq in the aftermath of the Elections and Expectations) in the Star Newspaper, Open Mind Supplement (Açık Görüş).