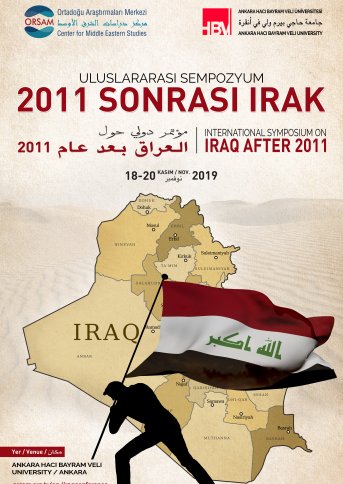 International Symposium on Iraq after 2011

Vision
Iraq is an important and pivotal country in the Middle East and in the world. This country has been in a central place in the history of Islam, which is rooted in the minds and consciences of Muslims of all sects and nationalities. Iraqi society with its ethnic and national diversity, has close ties with all societies of the region. Geographically, Iraq maintains a strategic location linking Asia with Europe, connecting Turkey with the Arabian Peninsula and the Gulf States and linking Iran with the Gulf States, and Iran with the Levant. Economically, Iraq is one of the richest countries with its natural and human resources. Its geographic advantages and strategic location have made it a global transport node, and many economic theorists estimate that if Iraq becomes stable, it will be the next paradise of global economic investment. Politically, contemporary history has proved that the nature of the political and security situation in Iraq has consequences on all of its neighbors as well as on the region and the world. The security and stability of Iraq affects and is affected by the security and stability of all countries in the region.

The Gulf War that followed the Iraqi military invasion of Kuwait coincided with the beginning of the formation of the new international order for the post-Cold War world. After this period, the unipolar world order emerged but this new world order has not yet stabilized. After that war, Iraq faced a severe economic blockade, which caused disruption to the political, economic, security and social systems in that country, which facilitated the US occupation of Iraq in 2003. All observers of Iraqi affairs agree that the changes following the American invasion were a turning point in the history of Iraq. It has brought about significant changes and interactions in the overall social, political, security and economic situation in Iraq. This historic shift impacted the nature of Iraq's regional and international relations.

After 2003, Iraq witnessed several phenomena and developments, both positive and negative , which were not familiar at all levels. These included, for example, growing sectarianism, the increasing roles of local administrations opposite of the decline of the role of central administration, the adoption of an open market economy, increased incomes of oil exports, increasing of media outlets and press platforms outside the government control, the proliferation of terrorist groups and organized crime groups, widespread corruption, the growing influence of the tribes, the increasing participation of women in political life, the proliferation of NGO's, the spread of drugs, the growing role and influence of social media platforms, the openness of Iraq's regional and international relations and increased diplomatic activity.

The Arab world was shaken up by what is called the Arab Spring or Arab Revolts at the beginning of the year 2011. The wave of changes reached the western and other parts of Iraq, causing more complications at home. The regional instability caused by the Arab Spring also influenced sectarian tendencies in Iraq that were already suffering from it for a while. During late 2011, Iraq witnessed another important historical event, namely the US military withdrawal from Iraq, ending the direct American occupation of the country. But it maintained a limited number of US soldiers at certain military bases in Iraq, within the framework of an agreement for strategic security cooperation signed between the two countries in late 2008.

The US military withdrawal from Iraq coincided with serious challenges facing the region in general and Iraq in particular. Inside Iraq, the US military withdrawal came at a time where Iraq had not yet completed the reconstruction of its political, security and economic structure that was damaged and delayed by the mistakes of American policies during the years of occupation. At the same time, the nature of Iraq's regional and international relations was not clearly defined. Iraqi society had just begun to heal its sectarian wounds opened during the American occupation. Therefore, after 2011, the pace and momentum of the political, security and social developments in Iraq increased within a new historical phase. Then the developments in Iraq peaked in June 2014 when the ISIS terrorist organization controlled many areas of the country. The rule of ISIS and the war against it caused further complications in the social, political and security context of Iraq. Overall, the changes occurred in Iraq after 2011 are important to understand and analyze the current situation of this country as well as its future.

Based on the above observations, the Center of Middle East Studies in Ankara (ORSAM) in cooperation with the University of Ankara Haji Bayram Veli, is holding an international symposium under the title “Iraq Post 2011: Economy, Politics, Security, Culture, Social Dynamics, Foreign Relations in order to establish a platform to discuss the nature of Iraq's regional and international relations as well as Iraq's political, security, economic and social affairs during the period after 2011, and the future prospects. The conference aims at gathering scholars and experts to present research papers and academic studies dealing with the affairs of Iraq and its international and regional relations.

Who can participate in the conference?

The organizing committee of the conference will cover the cost of accommodation and food only for the presenters of papers at the Symposium.

The abstracts can be in Turkish, Arabic, and English. The participation fee is 50 US dollars.

- The Announcement of Accepted abstracts:   23 September 2019 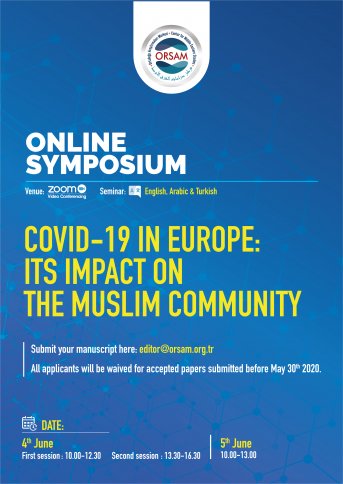 Covid-19 in Europe: Its Impact on the Muslim Community

Online Symposium The World Health Organization declared a global health emergency on 30th January, and on 11th March, a pandemic. Covid-19 pandemic is shaking the world order system and challenging the 193 countries very hard, including developed... 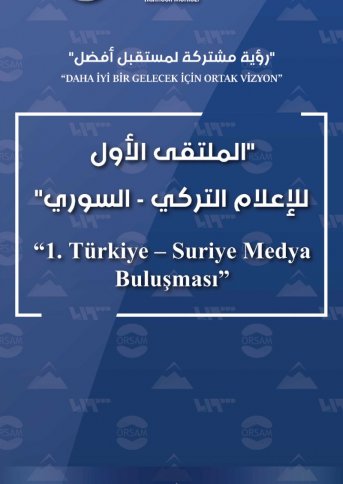 The Harmoon Center for Contemporary Studies, Syrian TV and the Center for Middle Eastern Studies (ORSAM) prepare a joint event under the title of “Common Vision for a Better Future”. The forum, which will be held in Istanbul on February,...