Iraqi People and the Coup Attempt in Turkey 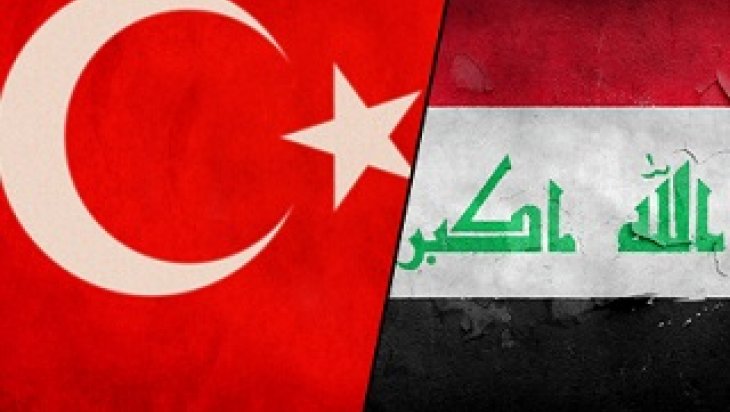 On July 15, 2016, a military coup was attempted against the Turkish government. This coup is considered as the second most controversial military coup in 21st century, in the world and especially in the Middle East, which dominated the agenda. The first was against Mohammed Morsi, President of Egypt from the Muslim Brotherhood, and this coup was successful.Iraqi people closely followed the current events and the coup attempt in Turkey became a trending topic both in the press and in social media. Iraqi people and the political parties were curious about how this coup attempt would unfold.

Iraq wants to see democracy, freedom and the rule of law recognized in all countries. The Iraqi people suffered from the military coups for a very long time and they consider the military coups of 1936 and 1958 as the root of all problems in Iraq. Especially after military coup of 1958, the monarchy was overthrown and the military took control over Iraq. After that, Iraq was governed by a republican military regime and had been in a tragic state for years. Many people lost their lives during these coups,lawlessness happened and the economy of Iraq collapsed. Against this background, Iraq never forgets its past experiences with coups. This is why the coup attempt in Turkey was not approved by the majority of Iraqis, even though the relations between Iraq and Turkey do not run smoothly. But there were some people in Iraq who favored this coup attempt. More clearly, some people in Iraq wanted the coup attempt to be successful because of their discomfort withTurkey’s policy toward Iraq.

Right after the news of the coup attempt wasaired, a National Security Council meeting led by Prime Minister Haider al-Abadi was convened and the council officially announced where they stand. The meeting emphasized the necessity to respect the state and its institutions in all countries, as well as expressing support for the rights and the national will of Turkey and Turkish citizens. According to the Council’s statement, “Iraq respects the state agencies of each country and Iraq does not interfere in internal affairs of Turkey, given the good neighborlyrelations with Turkey.” The Council also stated that “Iraq wishes stability in Turkey and hopes that no blood is shed between the Turkish people.” The Ministry of Foreign Affairs in Iraq considered Turkish coup attempt as an internal matter of Turkey as well, and emphasized the importance of the security of Turkish citizens. They also said that “The democracy has to be respected in Turkey and the government agencies have to maintain their relations with the international community and the neighboring countries.”

Turkish coup attempt occurred while there were political distress and security issues in the region. The activities of terrorist groups, especially of ISIS and PKK, have increased. Moreover, it is believed that the Turkish coup attempt will have negative effects on Iraq. Iraqi people are worried that the relations between Iraq and Turkey,covering different matters such as economy and security, will might detoriorate. There are still some political disagreements between Turkey and Iraq. The different stands of Turkish and Iraqi government in certain topics and the presence of Turkish Armed Forces in northern Iraq (Mosul-Bashiqa) continue to affect the relations between Iraq and Turkey negatively. Considering how fast the speculative news regarding Turkish soldiers retreating from Mosul spread in the social media during the coup attempt, we can understand how the Iraqi people carefully observed the coup attempt in Turkey. This news is the main reason why some people in Iraq supported the coup, because the military presence of Turkey in Bashiqacontinues to disturb many people in Iraq. Iraqi people’s aim is for Turkey to deal with the troubles in Iraq sincerely, and to meet their demands. What Iraqi people want is for the Turkish soldiers to retreat from Bashiqa. Iraq is the second biggest export partner of Turkey in international trade. Iraqi people make real estate investments in Turkey and prefer to travel to Turkey in different areas like health and tourism.

Majority of Iraqis believe Turkey will overcome this problem with minimum loss. The changes in Turkey’s foreign policy which seek a new understanding with Russia, Iran and Israel are hoped to enhance the relations with Iraq, as well. Some believe that Turkish coup attempt will encourage Turkey to have a more balanced and compromising attitude in both its domestic and foreign policies. By the same token, Turkey is expected to change its Iraqi politics. The wish to break the ice between Iraq and Turkey and to form strong relations which work for the interest of both countries is often expressed. The democratic system in Iraq will be strengthened through closer ties with Turkey and this will have a positive impact on the national security and stability of Turkey. 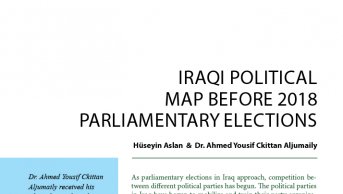