Is the Balance Changing in Libya? 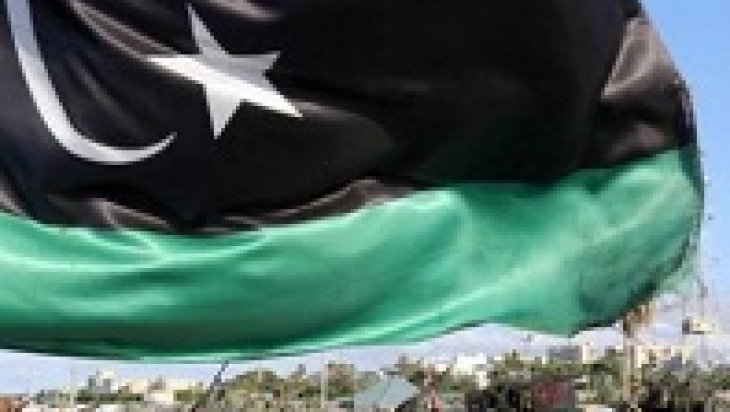 The negotiations led by UN since September, 2014 reached a concrete but a partial outcome with the signing of the political agreement on 11 July 2014. The  majority -18 out of 22 member- of the Libyan Political Dialogue, which attended the negotiations held in Morocco, Skhirat and also included General National Congress (GNC) signed the Libyan Political Agreement. Although the agreement does not deal with the vital issues such as resource and power sharing or political and administrative system; it brings some critical developments on behalf of the change in the political balance in the field. However, it is too early to predict that such a shift in balance of power in Libya would bring stability and consensus. On the contrary, it is more likely that the shift in power balance may trigger a new wave of clashes in the country.  Due to the desires of tribes, which would aim to protect existing assets, expand their territories, positions and gain more advantages in the changing balance; there is a high possibility for possible clashes in near future.

The Parties and Alliances in Libya

The political crisis,which arise just after the dismissal of Ali Zeidan from prime ministry in March 2014, was deadlocked with Karama (Dignity) Operations led by general Khalifa Haftar on 16 May 2014. This process not only resulted with the emergence of two parliaments and two governments in Libya, but also Zintan’s departure from GNC. It is an important turning point, because Zintan tribe is one of the most strong and influential Libyan tribe, which is located in the west of Libya and have strong militia power. In order to resolve the crisis, GNC decided to hold elections on June 2014, but the elections could not put an end to the crisis, and instead, led to the emergence of two rival camps, which are GNC in Tripoli and HoR in Tobruk.

These two rival camps, formulated as Tobruk-Tripoli strife are composed of the umbrella structure depending on the military and political alliance; hence gather a lot of different components under their roof. The military force of GNC in Tripoli, which controls west of the country, is known as Libyan Dawn (Fajr Libya). Libyan Dawn is largely consisting of Misratan militias, and also include Zuwayah militias, many different brigades and militias from Tripoli, forces from Ghariyan and Amazigh and Tabu berberians. The most important and well-known military unit of Libyan Dawn is the Libya Shield Force, which is officially one of the General Staff forces, but practically acting as an autonomous brigade. Misratan militias together with Muslim Brotherhood are the dominant elements of the Libya Shield Force. Until 2014, the Libya Shield Force had been operating in Tripoli, Misrata, Benghazi, and Homs; but in the last one year has largely lost its effectiveness in Benghazi. Similarly, it is stated that the Libya Shield Force lost the control of some areas in Tripoli. In addition, The Tripoli Brigade, close to Abdul Hakim Belhaj, head of Al-Watan party, is among the forces of the Libya Shield Force. The reasons behind Amazigh’s decision to side with Libyan Dawn are ongoing disputes and conflict with Zintan tribe, which sided with the opposing camp, HoR in Tobruk. Amazigh has been living in region around Jebel Nafusa, west of the country near Tunisian border whereas Zintan also located in the Nafusa Mountains area. Similarly, Misratans sided with GNC due to some political concerns and disputes with opposing camp, instead of shared aims or ideologies with GNC. Tuaregs as well as Tabus, who had stayed as nonaligned for a long time, engaged into Tobruk-Tripoli struggle because of their territorial expansion policies in Fezzan. Tuaregs sided with Tripoli following Tabus’ alliance with Tobruk.

The military force of HoR in Tobruk is called as Dignity (Karama) Operation Alliance. This alliance has the support of Haftar’s special forces; federalist Barka government’s military forces led by Ibrahim Jadhran; the Libyan Air Force; Zintani militias from west Libya; and Tabu from south Libya, who entered into the alliances in the recent period. In addition, Haftar has formed the Sahawat around Benghazi by the end of 2014, after his failure to defeat forces in Benghazi with air strikes. The source of HoR’s control over the eastern Libya is the support of powerful and largest tribes living in Barqa (Syrenica) region and gather under federalist Barqa government. Federalists were in conflict with all the other political groups in Libya until February 2014; in the summer of 2014 they made a political alliance with HoR like Zintan tribe did. Ibrahim Jadhran was named a commander of the Petroleum Defense Guards after 2011 Revolution but removed from his position in 2013. Aftermath, Jadhran seized and secured control of eastern ports, such as Sidra and Ras Lanuf with his armed units; and then transformed into defence force of federalist Barqa government. Federalist Barqa government has an autonomous power and structure; as well as holding strategically important facilities of eastern Libya thanks to military forces led by Jadhran.

Towards a Shift of Alliances after Libyan Political Agreement

With the signing of Libyan Political agreement on 11 July 2015,   HoR in Tobruk is accepted as a legitimate legislative body. Among signatory sides, there were forces and actors supporting the GNC such as Municipal Councils of Misrata, Benghazi, and Tripoli; Justice and Construction Party, the political wing of Muslim Brotherhood. Accordingly, this development may trigger a shift in the balance of power in favour of HoR. This also signals decay in the block represented by GNC. In particular, the decision of Misrata Municipal Council as well as Justice and Construction Party to support the agreement has triggered a process of altering the balance of power.

Even relative secession of Misrata, which is the largest and most powerful component of Libyan Dawn, is quite a debilitating development. Also Justice and Construction Party’s consent for the agreement, which declare HoR as the legitimate legislative body in Libya, means a political regression for GNC. However, these developments have not yet turned Misrata or Justice and Construction Party into the primary alliances of HoR. In consequence, UN-backed agreement has triggered the process of establishing a new political equilibrium, rather than establishing a new political balance in the country. This process may lead to the establishment of sovereignty by HoR in the country or the reverse is also possible.. The realization of the former possibility requires HoR’s ability to consolidate its authority over existing alliances as well as construction of authority over the other political actors and armed groups in the country.  At this point, the most important step is to convince armed forces and militias to accept new balance of power. To persuade the political elite is only a small part of this equation. The main part of the equation is to convince several militias and armed forces for the reconciliation process. As a result, Libyan Political Agreement stimulated a new wave of struggle for reconciliation in the field rather than reconciliation.

At this point, it is obvious that there are defections within the GNC block and GNC has lost a significant level of its political and military support.  This will strengthen HoR’s hand in both political and military  terms. Likewise, there are reports that other municipal councils are trying to deal with HoR following Misrata. However, the core strength and importance of GNC rest upon the continuing functions of state bureaucracy or remaining from state bureaucracy in Tripoli. The Constitutional Court, Ministry of Oil and the Central Bank are the most strategic ones of those institutions. Therefore, during the UN-backed negotiations, the issues such as transfer of HoR to Tripoli, withdrawal of militias and armed forces from Tripoli, and removal of military forces from strategically important facilities were brought to the agenda without any revisions. Therefore, it is not a preferred option to ignore or marginalize GNC. Hence in the upcoming days there are two options for HoR and its alliances: convincing GNC politically or defeating GNC militarily. Khalifa Haftar tried to defeat GNC military by launching military operations against Tripoli for a very long period, but did not succeed. Also, it is not a rational option for HoR to launch a heavy military operation in Tripoli, the capital city of Libya, because HoR aims to operate, seize the control of the state bureaucracy and initiate state formation in Tripoli. But in the end, it is extremely difficult to convince GNC, whose demands are not met by the State Council, projected by the Libyan Political Agreement. Together with HoR’s power expansion, this fact reveals the possibility of upcoming clashes in the near future.