Is the end of Masoud Barzani Period? 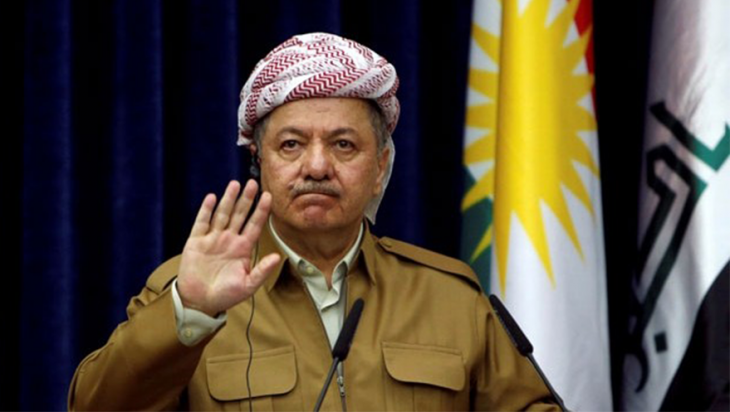 The events that occur contain different conflict dynamics and power groups. In this sense, although it is possible to say that the Kirkuk-based events have ethnic or sectarian-based conflict dynamics, it would be more accurate at this point to state that the struggle for influence and domination of local, national and regional actors has become sharper. There are political, administrative and military fault lines in the struggle for influence and domination, and actors make these fault lines more fragile. While Arbil and Baghdad face each other on these fault lines, the dynamics of the internal balances of the PUK as well as the struggle between the KDP and the PUK, stand as the driving dynamics of this process. Moreover, the Turkish, Iranian and the American positions are also significant factors affecting these dynamics.

Arbil and Baghdad constitute the main sources of the dynamics concerning the events that take place in Kirkuk. As a matter of fact, the basis of the problem is that after 2003 the KRG has gone out of the constitutional boundaries in administrative, political and legal terms by enlarging its territory. It is impossible to ignore the influence and support of the United States in this expansion of the KRG. Taking advantage of the emergence of Daesh, KRG has, after 2014, further developed its given expansion strategy and further expanded its constitutional boundaries. Kurdish groups, which gained the full control of Kirkuk, reinforced their presence and strength in other disputed areas. In this sense, Barzani benefited from the weakness of the Iraqi central government and the power vacuum in the region. On the other side, the Iraqi Prime Minister Haydar al-Abadi, who is thought to have weak political support and ability, tried to strengthen his weak position, especially over the struggle against Daesh. Abadi developed a soft and agreeable relationship with other political groups in domestic politics. At this point, he tried to get the support of Iran, the most influential foreign power in Iraq, along with the United States. Massoud Barzani's referendum step stood as an opportunity for Abadi. He transformed the internal and external reaction to Masoud Barzani into a support for himself and drove Barzani into the corner. In terms of the KRG domestic politics, he had the support of PUK, KDP's biggest rival, and established a close dialogue with Turkey, with which the relations were troublesome. Ultimately, Haydar al-Abadi had the superiority in the fight between Arbil and Baghdad. By this operation, Abadi killed a lot of birds with one stone. He first re-established his sovereignty and provided control over the territories, which were administratively affiliated to the central government but dominated by peshmerga. Thus, after 2003, instead of losing territory to KRG, he became the land-winning leader. Hence, he prevented the disintegration of Iraq and had a political advantage. Should a sudden and sharp development not occur, it is likely that this situation will be the biggest advantage for Abadi before the elections to be held in 2018.

In terms of the internal stability of Kurdish politics, the Kirkuk operation, carried out by the Iraqi central government, is of great importance. The operation seems to have changed all the balances on Kurdish domestic politics. That the operation of the Iraqi central government is said to be conducted in an agreement with the PUK, the developments experienced during the operation and the statements made by the PUK officials prove it. Indeed, during the operation, PUK peshmerga withdrew and left their places to Iraqi security forces. For this reason, the KDP peshmerga could not put up any resistance. Therefore, the KRG had to retreat to the 2003 borders. This situation has created a great trauma in Kurdish domestic politics and has deepened the existing rift.

While the political crisis, which had started in the KRG as Barzani had not left his post even though his presidential term extended for 2 years in 2013 was over in August 2015, was not figured out, the economic crisis experienced in the region increased its effectiveness. This put Masoud Barzani into trouble in Kurdish domestic politics. However, due to the Daesh threat, political problems within the KRG were delayed even though they were not resolved. However, in the last year it was seen that the parties in the KRG started taking a position again. In particular, the PUK developed a new strategy to regain the grassroots and effectiveness that it lost in domestic politics. Firstly, it made a strategic deal with Goran, which shared its party grassroots in Sulaymaniyah, and hence, got relaxed in Sulaymaniyah. On the other side, Massoud Barzani also made some moves to consolidate his power inside and to be able to get ahead of the PUK. At this point, Barzani developed a common strategy with the Governor of Kirkuk Najmaddin Karim and Kosrat Resul, crucial figures within the PUK. Thus, it can be said that the KDP has taken steps to weaken the PUK through the leadership struggle within the party. Against the given move, the PUK has tended to respond to the KDP via Kirkuk, where it remains the most powerful. The North Oil Company affiliated to the Iraqi central government in Kirkuk was seized by the PUK militias from Sulaymaniyah. For, 4 of the 6 major fields in Kirkuk were seized by the KDP after 2014. Moreover, the PUK headquarters started lobbying for the replacement of Najmaddin Karim, who cooperated with Barzani. Thus, the goal was to weaken the KDP influence in Kurdish domestic politics by using Kirkuk, called the "Jerusalem of the Kurds". In turn, Masoud Barzani played his greatest trump card for the Kurdish domestic politics, and he made the decision of independence referendum. Although this decision of referendum deepened the political crisis in KRG, it also made Massoud Barzani gain great popularity in the eyes of people. At the same time, Massoud Barzani organized a silent coup to his biggest rival, PUK, and brought about its division. This division showed itself clearly in Kirkuk. The PUK headquarters (in fact, especially the Talabani family and its supporters) opposed the referendum in Kirkuk while Najmaddin Karim and Kosrat Rasul supported it. That is why Kosrat Rasul sent his troops to Kirkuk and let the setting up of ballot boxes.

However, if someone looks at the Talabani family's position in the operation conducted by the Iraqi central government in Kirkuk, it will be seen that they do not intend to give up Kirkuk's superiority to the other side (Kosrat Rasul-Najmaddin Karim). Whilst Kirkuk is the place where the PUK forms its biggest effect in the Kurdish domestic politics, PUK wants to benefit from the impact of the city, the influence of which has gone beyond its borders. For, following the separation of Goran from the PUK in 2009 and its involvement in the KRG politics, the power sharing with Goran in Sulaymaniyah is not valid for Kirkuk. For this reason, Kirkuk stands as a resistance point for the PUK. At the same time, Kirkuk has a different spiritual significance for the Talabani family: It is also the center of the Qadiri Zawiya belonging to the Talabanis in the northern Iraq. Therefore, the Talabani family has turned to the Baghdad-based politics in order not to let Kirkuk and its influence in Kurdish domestic politics go to the other side (Barzani and his followers in the PUK). This orientation was clearly seen during the operation in Kirkuk. Of course, what is important at this stage is what the Talabanis has gained or will gain for the alliance with Baghdad. As a matter of fact, there exists a negative reaction showed to the Talabanis by the Kurdish people due to its alliance with Baghdad. However, it is said that the Talabanis have made efforts to establish federal territories in Sulaymaniyah, Halabja and Kirkuk outside of the KRG. If this happens, it seems possible for Talabanis to consolidate the support of its grassroots. However, this situation can bring about the problem of re-division in Kurdish domestic politics. The Talabani family agreement with Baghdad is thought to be similar with Masoud Barzani's agreement with Saddam Hussein in 1996 to get the PUK out of Arbil. Here comes a more elaborate idea to the minds that can cause a civil war. It is a matter of curiosity whether the influence of the Talabani alliance with Baghdad will pass beyond Sulaymaniyah, Halabja and Kirkuk, and the PUK will take a step to regain the control of Arbil. Even if there is no military intervention, the Talabanis might make a political move on Arbil. As a matter of fact, the Federal Supreme Court of Iraq sentenced Kosrat Rasul, the Deputy Secretary General of the PUK and the Vice President of the KRG to a seven-year imprisonment as he called forces belonging to the Iraqi central government in Kirkuk occupant. Even though the Iraqi central government does not seem to have a chance to actually implement this sentence, it is trying to create a pressure upon Masoud Barzani and to eliminate a figure who is against Talabanis in terms of PUK internal balances. The support of the US, Barzani's biggest external sponsor since 2003, for the operation is a matter of concern for Barzani's rulership in the KRG. At this point it should also be added that Massoud Barzani lost his Turkish support. In addition, Barzani came to the point where he loses territory instead of establishing an "independent state". This situation has driven Barzani into a corner. If Barzani wants to live politically, he has to re-look for a settlement with the PUK and Baghdad, and to convince Turkey. Considering that Turkey is at the same point with Baghdad regarding Iraq's territorial integrity and political unity, it is substantial that Barzani gives up his independence rhetoric. What’s more, he will have to take concrete steps against the terrorist organization PKK for Turkey. That PKK has taken a stand closer to the KDP but not the PUK about the last operation in Kirkuk is putting pressure on Barzani. For this reason, the possibility that Masoud Barzani resigns has begun to be spoken loudly. It seems that Masoud Barzani's "Tulip Period" that he has lived for the last 14 years since 2003, seems to have ended with the operation of the Iraqi central government. At this stage, Masoud Barzani’s resisting or reconciling attitude in Kurdish domestic politics and foreign policy will determine whether the dynamics of conflict will turn into a war of ethnic, regional or national character or not.