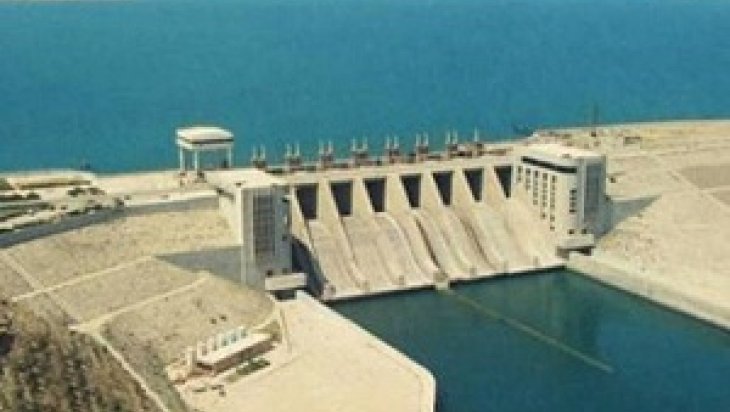 An ORSAM team carried out a field study in April in Kurdistan Regional Government (KRG) and Kirkuk. During the field study, the team members also had the opportunity to observe the current political developments in KRG and Kirkuk. This article addresses the main debates, on the basis of field observations.

After Kurdish members of Kirkuk Provincial Council decided to unfurl the KRG flag next to the flag of Iraq on public buildings in Kirkuk, in line with the instructions of Kirkuk Governor Najmaldin Karim, the tensions which increased in Kirkuk are still on the rise. Even despite Baghdad's objections, it is possible to see the KRG flag next to the Iraqi flag on several public buildings such as the governorate, the district governorate, the hospitals and directorates of service delivery, notably on Kirkuk Provincial Council. Especially Turkmens seriously protest this situation. In Kirkuk which has been under the pressure of Kurdish groups in post-2003 period, the control has been completely taken by Kurdish groups since the Iraqi army withdrew from Kirkuk in post-ISIS period. Therefore, it is possible to say that Turkmens that turned in upon themselves in such a period have been revived by the flag crisis and Turkmen identity is waking up. Indeed, Turkmens have started protesting raising of the flag in Kirkuk by chanting slogans: "you take the buildings, we take to the streets". Kirkuk streets have been ornamented with "sky-blue flags with white stripe, star and crescent". It is seen that the mobilization which previously started upon the call of Turkmen institutions and organizations, has recently turned into a civil movement. Turkmens protect their "native land" and "identity" more consciously. It is seen that Turkmen institutions and organizations also act in cooperation and solidarity within this process. Turkmens indicate that they support the politics, in which the welfare will be enhanced in Kirkuk by adopting pacifist and reconciliation-based methods, instead of living in an environment of conflicts and tensions. Turkmen politicians and Turkmen people argue, at every opportunity, that they do not oppose any parties that defend equality and reconciliation and that Turkmen identity cannot be eliminated in Kirkuk despite the decision of Najmaldin Karim, as clearly seen in the latest developments.

The developments in Kirkuk are also considered as part of controversy between the Kurdish parties. Besides the conflict between KDP and PUK, it is generally believed that PUK tries to gain the dominance that it has lost to Gorran in Sulaymaniyah and the ground that it has lost in KRG domestic politics. On the other hand, it is also thought that the leadership struggle within KRG plays a role in the developments in Kirkuk. Indeed, it is mentioned that PUK politburo member and Kirkuk Governor Najmaldin Karim and Jalal Talabani's spouse Hero Talabani have cooperated in terms of preventing PUK Secretary General Kosrat Rasul, who has gradually gained power, and PUK official in charge of Kirkuk-Germiyan Aso Mamand from gaining dominance in Kirkuk and becoming the rising power inside PUK. It can be said that the Kirkuk move made by Najmaldin Karim has not only strengthened his position in PUK but also increased his popularity in KRG domestic politics. Since it is told that, in two years, Najmaldin Karim has done what Masoud Barzani failed to do for years in Kirkuk, which is referred to as "Jerusalem" by Kurds and which is "blessed" in this sense, and that Karim has taken the most concrete step in terms of Kirkuk's annexation to KRG. Therefore, it appears that Najmaldin Karim and PUK have increased their influence over Kurdish domestic politics. Although KDP has not been able to fully embrace this step taken by Najmaldin Karim, it has neither adopted a counter approach in order to abstain from negatively affecting its grassroots.

In response to the Kirkuk move of Najmaldin Karim and PUK, Masoud Barzani has used the independence card and initiated concrete works for this purpose. He has started the referendum works for the independence which are considered as the first step of the independent state. A commission has been established in order to make preparations for the independence referendum under the leadership of KDP, and PUK has also taken part in this commission. Even though it is indicated that members of all other groups will be accepted in the commission established by KDP and PUK, Gorran which is the biggest and most influential party after these two parties has not welcomed the delegation comprised of the members of KDP and PUK and has dealt the first blow to the independence referendum. In fact, it is possible to say that PUK also has a negative approach towards the independence referendum, as of the current situation. However, similarly to the attitude of KDP in respect of the Kirkuk issue, PUK keeps in step since it abstains from having a negative effect on the grassroots by opposing the idea of independence which is Kurds' biggest dream. Therefore, it can be said that PUK, which thinks that it is not possible for KRG to gain independence in its current situation full of political, social, economic and security problems, has attended the process, thus preventing KDP from managing the process alone and also abstaining from acting contrary to its own grassroots.

At the same time, it is possible to say that there is a similar controversial situation among KRG public opinion. While it is considered that the positive votes in a referendum to be held for the independence of KRG will reach 90%, it is seen that the belief that KRG will be able to gain independence under current circumstances and, in such case, it will succeed in maintaining its stability is quite weak. It is widely argued that KRG cannot still act as an independent state in terms of administration, politics, social affairs, security, economy and the institutionalization of the state has not yet been achieved in KRG. Therefore, it is possible to say that the mainstream belief is that it will not go beyond "the declaration of intention" even though KRG holds an independence referendum. Indeed, when the issue of referendum was added to the agenda of KRG, the indications of new potential political crisis also emerged. For instance, Gorran refused to take part in the commission of independence referendum established under the leadership of KDP and PUK while the referendum and the issue of independence also led to discussion and disintegration within the PUK; a PUK leader Adil Murad came to the fore again with his anti-independence statements. Additionally, there are question marks such as how and when the KRG Parliament which have not been able to convene for almost two years will finally convene in order to carry out the legal studies of the referendum which is planned to be held in KRG.

On the other hand, the views indicating that the external factors have not still been developed for the independence of KRG are expressed out loud. The fight against ISIS continues on one hand, and there are also ongoing problems with the Iraqi central government. The plans of KRG to hold a referendum also in the provinces and districts, notably in Kirkuk, which are called as "disputed territories" and which are matters of debate between KRG and Iraqi central government, will lead to new problems. Moreover, it is not possible to mention about a clear support for the independence of KRG in international arena as well as in the countries of the region such as Turkey and Iran. Besides, the developments in Syria and the steps taken by PYD/PKK structure to disturb the balance in KRG are also at such a level as to affect the future of KRG.

In addition to the independence referendum, the year 2017 is the year of elections for KRG. In line with the ordinary calendar, the KRG parliamentary elections should be held until the end of the year. It is possible to say that the steps taken in terms of Kirkuk and the independence referendum are used in order to take advantage in the pre-electoral period. Therefore, it will be appropriate to say that a period will begin, in which the domestic issues and problems will be discussed more deeply in the near future in KRG domestic politics. The steps taken without redressing a balance in KRG domestic politics and ensuring reconciliation between all parties are likely to have significant effects on the new government to be formed especially in the pre-electoral process and on the future of KRG.