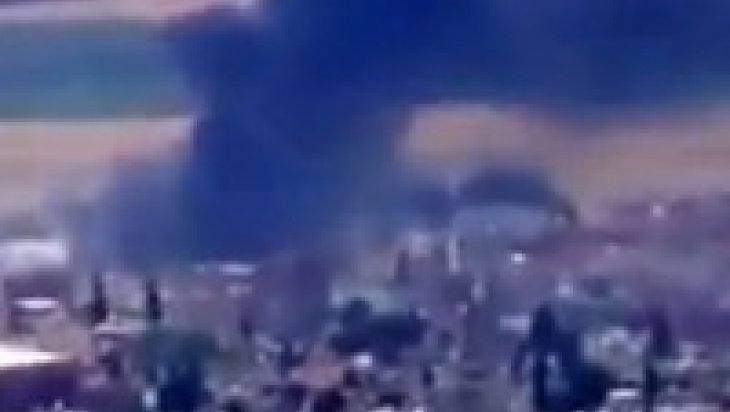 The terrorist attack that killed 51 people in Reyhanlı in the province of Hatay resulted in similar scenes of violence to those of Iraq and Syria.

Given those scenes, what is concluded in the first place is that Turkey has increased its influence as a result of getting directly involved in the problems of the Middle East and has become one of the targets of the way politics is being carried out in the region, as well as becoming party to the problems in the region.

This is an inevitable result. Even though Turkey argues that it pursues a highly legitimate foreign policy with the argument of being on the side of “right,” it is obvious that there will be “counter-defiances” when a foreign policy “defying the status quo” and “establishing order” is pursued. It is necessary to see the bombing in Reyhanlı primarily as a part of the “counter-defiance,” no matter who carried out the attack or who is behind it.

There might be different interrelated motives behind the attack. Some of them might be listed as follows: To punish Turkey for its Syria policy and force it to step back; to drive Turkish public opinion and the opposition to question the government’s Syria policy; to attempt to create an environment of internal conflict by instigating sectarian tension in Turkey and thus to make Turkey follow a more inward-oriented policy; and to show Turkey that its “open-door policy” for refugees could pose a danger to itself.

Through such attacks, Turkey is put into a major dilemma. The civil war in Syria is increasingly turning into a problem that negatively affects the security of Turkey. However, on the other hand, the policy pursued to put an end to the problem directly makes Turkey a party to the conflict and leads Turkey to face more security problems.

If no solution is to be found to the Syria issue, Turkey would either be increasingly drawn into a spiral of violence or it would have to make a radical change in its Syria policy. Both options would bring along major vulnerabilities for Turkey. In the case of the first option, the international community should be convinced somehow of certain measures such as the declaration of a no-fly zone, arms aid for the opposition, direct military intervention to be taken to topple the Bashar al-Assad regime. If it is not possible, Turkey will have to directly take on responsibility to eliminate security risks stemming from its borders. Given the status of countries that play an active role in the Syria issue, it does not seem possible for the first option to be realized. The second option, on the other hand, requires a military intervention in the area including the border regions of Turkey with Syria. This situation would come to mean that the Turkish army will become open to attack in Syria and to the reprisals of the Syrian regime against Turkey. A radical change in its Syria policy would result in Turkey’s turning its back on the Middle East again for a long time and it would weaken its power of sanction, which is the key element of the foreign policy. Thus, from that point forth, the Syria issue forces Turkey to make a choice among those alternatives with negative consequences in every case. Within the framework of this big picture, the Reyhanlı bombings will lead Turkey to be under more pressure in terms of its Syria policy.

Beyond this big picture, the consequences of the  Reyhanlı bombing and possible offenders might be assessed as follows: Above all, the attack showed that the Syrian regime is capable of carrying out attacks at least in Hatay. According to the statements of Turkish authorities, the terrorist attack is linked to the Syrian intelligence agency, was planned in Turkey, and some Turkish citizens are believed to have been involved in the attack. This situation suggests that similar attempts like Cilvegözü and Reyhanlı bombings could take place in the coming period. Hatay, where Turkish, Sunni, Arab, Arab Alawite, Kurdish, Christian and Armenian communities live together, sets an example of a city with communities that have managed to live together in peace for centuries. However, the fact that the sectarian dimension of the civil war in Syria is getting increasingly stronger has also affected the peaceful environment among different communities in Hatay. Hence, such actions caused by the Syrian regime could worsen the current tense environment. One of the most important consequences of Turkey’s Syria policy is that disputes based on ethnic and sectarian differences, which are the main dynamics of politics in the Middle East, have been carried to Turkey.

As the direct offender of the attack, the Turkish Peoples Liberation Party/Front (THKP-C) Acilciler group and its leader, Mihraç Ural, are at the forefront. Ural is believed to also be responsible for the Baniyas massacre that took place early this month. It is suggested that the regime is thinking of establishing an Alawite state including western parts of Homs and Hama provinces as well as Latakia, Tartous provinces where Arab Alawites are densely populated. The city of Baniyas in Tartous province, where Sunni Arabs live, poses an obstacle before putting the aforesaid plan into practice. The Baniyas massacre was regarded as an important part of the goal to force the Sunni people to migrate by spreading terror and also to create a homogenous Arab Alawite region. “In the Baniyas massacre, considering that it is not possible to control the whole country, the Assad regime has switched to a new strategy of ethnic cleansing in certain areas, and to reinstate its influence on these areas,” stated the Turkish Foreign Minister Ahmet Davutoğlu.

In the footage, published on the Internet shortly before the Baniyas massacre, Ural said: “Baniyas is the only pathway for these traitors to the sea. Sooner or later we must besiege Baniyas, and begin cleansing. As the Syrian Resistance, we will engage in battle in Baniyas.”

Following the Reyhanlı bombings, Davutoğlu’s statement in which he said, “The footprints of those who perpetrated the Baniyas massacre are also to be found in the attack that took place in Reyhanli” puts forward the fact that Turkish decision-makers see the aforesaid group and its leader as the offender of both incidents. In an interview conducted with Ural after the  Reyhanlı bombing, he said: “the group which is currently in action in Syria is not the Acilciler, but a new resistance movement called the Syrian Resistance. And there are Turkish people among the founders of the group.”

As regards the bomb attack in Reyhanli, Turkish Prime Minister Recep Tayyip Erdoğan stated, “The Syrian regime and its extensions in Turkey have a hand in the bombings.” He pointed out the THKP-C and the Syrian intelligence behind it as the offender of the attack.

The Reyhanlı bombing is important in terms of showing that the cost of getting directly involved in the Syria problem and failing to find a solution could reach a critical level for Turkey. In addition to becoming open to foreign attacks, the Syria issue is also destroying the current climate of peace in Turkish society. Unfortunately, in the Middle East violence is mostly used as a means of reaching political goals. The Reyhanlı bombing clearly shows the risk of becoming a target as a result of being a party to regional problems.