Morocco-Israel Ties: Between Normalization and Banalization 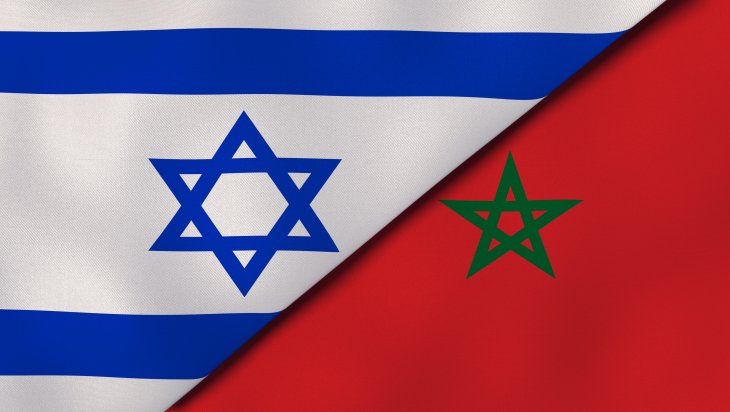 The mutations of the post-cold war diplomacy environment have made the concept of traditional diplomacy between states more complex. This is because of the direct influence of economic imperatives, a situation that is making the implementation of international law normatively difficult.

On Thursday, outgoing US President Donald Trump announced on Twitter that Morocco had decided to “normalize” ties with Israel after the US agreed to recognize Rabat’s sovereignty over the disputed territory of Western Sahara. Hence, Morocco joins the Mid-day “Orient” Express normalization train, following the United Arab Emirates, Bahrain and eventually Sudan.

In September, President Donald Trump claimed anywhere between five and nine other countries were on the path to sign normalization agreements with Israel. Meanwhile,  Israeli officials have also repeatedly said a number of Arab countries are holding secret talks on the possibility of  normalization.

At the same time, Moroccan King Mohammed VI had been showing his intention to officially and publicly recognize Israel. Historically, direct contacts between Moroccan and Israeli officials go back more than six decades either secretly or publicly. In 1986 the international media had reported that King Hassan II of Morocco and Prime Minister Shimon Peres had met at the King's summer palace in the city of Ifrane. Meanwhile ”hardline” Arab countries denounced the visit. Syria announced that it was cutting all diplomatic ties with Morocco to protest the meeting.

In 1999, an important presence of a top-level Israeli delegation led by Premier Ehud Barak was at the funeral of King Hassen II, a grateful sign underlying the relations between Morocco and Israel. An important and a historic meeting took place between Premier Ehud Barak and the Ex-Algerian President Abdelaziz Bouteflika. The meeting was read by analysts as the first step of the normalization process between the Jewish state and the Arab countries.

Thus, the announcement by President Trump who wrote on Twitter that, “Our two big friends, Israel and the Kingdom of Morocco, have agreed to completely normalize their diplomatic relations - a big step forward for peace in the Middle East.” President Trump’s writing on Twitter confirms that Morocco would resume official contacts and diplomatic relations with Israel as soon as possible.

Economic diplomacy or geopolitics opportunism
In this situation, it does not matter how many storylines will be in the headlines, Morocco officials have been waiting for this opportune moment for more than half a century. Yet, the symbolic diplomatic gesture came from an imprudent outgoing US president, who had initially marked his distance from Morocco during the 2016 US presidential election campaign against his Democratic opponent, Madame Secretary Hillary Clinton.

He and the Americans know, the US does not have a real interest in Western Sahara and will not get involved in this thorny issue but the US president used the card of economic diplomacy in order to obtain public recognition from Morocco towards Israel. The Moroccan-Israeli rapprochement is definitely bringing the Algerian-Moroccan tensions to the surface. Morocco in recent years had already been scoring points against Algeria, i.e., in the Libyan dossier, in the African Union, and the UNSC.

Algeria is a vital partner to the US in the region with the US “War on Terror” and US economic diplomacy norms in Algeria are relevant with the ongoing situation of uncertainty in Algeria.

Privately, Algiers is seriously concerned about the latest developments with the Guerguerat checkpoint between the Moroccan royal forces and the peaceful protests affiliated with the Polisario in the disputed territory.

Palestinians are brothers/ Israel's intransigence
Diplomacy is about power struggles and not about good feelings. A few weeks ago, the US president had obtained such a recognition from the UAE. Later on, the UAE  opened a General Consulate in Laayoune in the disputed territory, this public diplomacy behavior is an exercise that Rabat is using in its so-called balanced diplomacy in the region, polishing its image abroad as an emerging democracy in the region. In the Moroccan multi-party system, the Moroccan government is led by an Islamist party, a political party is in the government but does not govern, and foreign policy is the domain of the royal palace. So, the Justice and Development party is in a very odd position , ideologically and it sounds upset about and against "the Zionist state,” and is showing full support for the brothers and sisters in the Occupied Territories.

Another awkward element in the Moroccan paradoxical relations between the Moroccan royal palace and the citizens. A large majority of Moroccans are against the “normalization” and are in favor of Palestinian rights to establish their state and its capital, Al-Qods, (Jerusalem).

The incoherent Palestinian policy of Rabat has led to  local and regional public opinions not understanding the real determinant of this policy. Under the reign of King Mohammed VI, the king has demonstrated his solidarity with the Palestinians. In the aftermath of 1993 Oslo Accord, Rabat had opened diplomatic representation in Tel Aviv and an Israeli liaison office was opened in Morocco in 1994. So, there is the presence in Israel of more than 700,000 Jews of Moroccan descent, who are well integrated in Israel. They are high public servants in the Israeli administration and in Israel political parties across the political spectrum. This was a demographic determinant that helped Rabat to argue for having  direct relations with Israel.

However, in 2000, following the outbreak of the second Intifada, King Mohammed VI decided to distance himself from Israel, as a sign of support for the Palestinians. He showed his protest against Israeli violence against civilians in the Palestinian territories and, as a result, Morocco had decided to close the Israeli liaison office in Rabat and its diplomatic representation office in Tel Aviv.

Normalization for Economic aid
For the US administration, the opening of a consulate in Dakhla is a strong signal on the level of security and stability on the western Africa front. This  would push the pivotal country in the region, Algeria, to review its foreign policy doctrine and national security imperatives on the western part of its long borders as it did on the southern and on the eastern borders.

Following the turmoils in Libya and Mali, Morocco was meanwhile looking for a deep recomposition of  its Western Sahara policy. A frozen conflict has emerged with a vehement Sahrawi nationalism among a new generation of Sahrawis, who have not known  anything but shades of conflict and a harsh life in the refugee camps in Tindouf, Algeria. This is a generation that is making its cause a sacred cause like the Palestinian cause. All these conditions are at the high cost of an absurd endless diplomatic  cold war within the Maghreb countries.

Despite this, outgoing US President Trump is going to forward $1 billion in sales of drones and precision-guided weapons to Morocco, sending a notice to Congress about the potential deals, according to US news reports. Products in these sales include four MQ-9B Sea Guardian drones. This comes after the announcement of the outgoing US president that Morocco and Israel have agreed to normalize relations. In return, the US president signed a proclamation recognizing Morocco’s full sovereignty over the Western Sahara.

Mauritania is under huge pressure from the UAE to normalize and  many analysts were expecting that it will be the first Maghreb country to join the “Mid-day Orient Express.”

Rabat chairs the Al-Qods Committee, an offshoot of the Organization of Islamic Conference (OIC).Rabat also was under huge pressure from pro-Israel lobbyists in France and the US and, finally, did it. Rabat normalized  ties with Israel that were hidden behind a curtain and have become banal.

The right of people to self-determination is a moral principle in modern international law of the United Nations as the authoritative interpretation of the UN Charter's norms. Though, what would make international law norms surreal? Rabat took an economic diplomacy paradigm to destabilize its neighboring countries, ignoring principles of international law and the feelings of millions of Moroccan people.

At the end of the day, people in the region are joining the evolving dynamic of change, saying as Palestinians in the Occupied Territories say, “Let us fight for liberty and land or give us death.”