New Dynamics and Risks in the Syrian Crisis 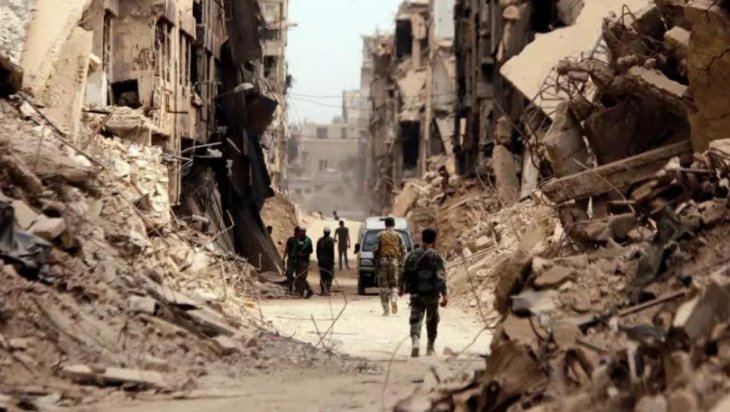 2018 brought about critical developments in the Syrian crisis that would prompt the civil war to reach a new stage. Initially, the competition between the Syrian regime forces and the US over eastern Syria has come to an end and a status quo in which the Euphrates constitutes the de facto boundary between the parties prevails. Secondly, the regime forces have succeeded in capturing the entire opposition areas in Hama and Homs, and around the periphery of Damascus, in the middle of the country. Finally, Turkey has taken control of the entire Afrin district through the Olive Branch operation. Thus, ensuring the geographical link between the Euphrates Shield and Idlib, Turkey has managed to become influential in an integrated area. As a result of all these developments, military fronts in the Syrian civil war have been confined to the northern, eastern and southern borders of the country.

The most significant consequence of this new situation is that the power struggle performed by the proxies in the Syrian civil war will pass into a new stage, and then the states will directly face one another. For, every military step the Syrian regime and its supporters will take will draw reaction not only from opponents or YPG but also from the regional or international forces backing up them. This might mean that the level of clashes in the crisis would decrease. In fact, now the cost of every military strike will be high for all sides and no actor will want to undertake this cost unless they are forced to do so.

This does not mean that conflicts or power struggles will be over in Syria. However, military tactics can change and political negotiations/agreements might come to the forefront. From this point of view, the first example will be the southern front. The opposition territory within the Daraa province on the Jordanian border was declared a de-conflict zone by a treaty signed between Russia, USA and Jordan apart from Astana, and for a long time silence had been dominant in here.

Eventually, taking control of all opposition areas around Damascus, the regime forces headed toward the southern front that it regards as the weak link compared to the US and Turkish spheres of influence and propelled a significant number of military power to Daraa. This development triggered indirect negotiations between the US, the regime, Israel, and Iran under the Russian mediation. Possible winners of the negotiations will be the Syrian regime and Russia. The biggest risk factor for Israel in this front is the presence of Hezbollah or other pro-Iranian militias. Israel has carried out air strikes against Iranian targets in Syria in recent months in order not to allow Iranian influence at its borders and to limit Iranian influence in Syria. Increasing US pressure, due to the cancellation of the nuclear deal, has further driven Iran into the corner. In parallel to these developments, the disagreements between Iran and its ally in Syria, Russia, seem to be increasing. In recent weeks, Russian leader Putin hosted Bashar Assad in Sochi, and the press statement made following the meeting revealed that both countries agreed on the withdrawal of all foreign forces in Syria. What is interesting is there are several interpretations that Russia implied the Iranian forces and Iran-backed militias as well. The statements made by the Iranian authorities that "no country will be able to pressure them to withdraw from Syria" clearly demonstrated the separation of views and even increasing competition between the two allies in Syria. Even though Russia could not provide for the removal of Iranian forces from Syria for the time being, using Israeli and US pressure she has not allowed Iran to participate in the operation on the southern frontier and even has made Iranian forces withdraw 70-80 km inside from the Israeli border. If the deal coordinated by Russia comes to the conclusion, the US will withdraw from the al-Tanf base located on the Jordanian border in return for the Iranian withdrawal and the opponents will surrender the Jordanian border gate and the areas they control to the regime forces. Thus, the Syrian regime succeeds in strengthening her position by taking advantage of the power struggle between regional and international actors despite her weakness and by offering herself as preferable among bad alternatives.

The probability of Operation to the US-protected zone

Having reached fruition on the southern front, the two regions will come forward. These are Idlib, which is critical for Turkey and has become a de facto Turkish sphere of influence through the establishment of 12 observation points around the city, and the YPG territory under American protection. Last week, Syrian leader Asad declared to the Russian media that "YPG regions will be taken back either by negotiations or by power", giving the message that the next target in the region might be the east of Syria. In the face of the regime's attempt to cross the Euphrates, the United States had previously responded harshly by killing Syrian troops, pro-Iranian militias, and Russian mercenaries. It does not seem possible for Russia to take a step that would directly make her face the US in the east of the Euphrates. Plus, it would not be sensible for the Syrian regime to launch a comprehensive operation against a US-protected region at a time when the pressure on Iran is further increasing.

The regime will probably seek for an agreement as the first option with YPG so that it could return to the northern part of the country. In this regard, news about the negotiations between the parties has begun to reflect on the press. It is highly probable that the regime would engage in a "war of attrition" against the United States in a situation where the option of operation does not seem realistic and no agreements emerge as a result of the negotiations. Just in such an atmosphere, 70 tribal representatives from Aleppo, Raqqa and Al-Hasakah came together and explained that "they have created a new force to cleanse the east from foreign powers". The fact that this pro-regime power has been established may not be very meaningful in the military sense. However, it is important as the regime has shown what kind of method it could apply in the following stages in its fight against the US, France, and YPG. In a situation where the US does not agree to withdraw from Syria, the regime will use its local dynamics against it and the YPG and play the killjoy role in the east of Syria and turn this region into an insecure area for the United States.

Another region on the regime's radar is Idlib. However, Idlib is of critical importance for Turkey and it is highly possible for Turkey to use force against unilateral initiatives toward this region. Turkey deployed its troops in Idlib in coordination with Russia and Iran. Following the completion of the 12 Turkish observation points, Russia and Iran have stepped up efforts to complete their 12 observation points (for each). Turkish observation points alone may not be deterrent in military terms. But as the process in Idlib has been carried out in coordination with Russia and Iran, any military attack in İdlib would mean an attack on Turkey and this very fact restricts the regime's actions in the region.

The outcome of negotiations between the US and Turkey upon Manbij will be effective on the next move of the Syrian regime. According to the roadmap set for Manbij by Turkey and the US, YPG will withdraw, and the US and Turkish troops will assume common control in the region and a new civil council will be established in Manbij. If the Manbij model becomes successful, Turkey demands the same process for eastern Syria. The implementation of the Manbij model as planned would mean that the east of Syria turns into a US-Turkey joint sphere of influence in the long term.

In this scenario, although Turkey manages to decrease the effect of the YPG problem, her cooperation with Russia and Iran will decrease. The beginning of the US-Turkey cooperation would encourage Russia, Iran, and the Syrian regime to destabilize the Turkish presence in Idlib and the Euphrates Shield region. On the other hand, the YPG will want to fill the gap left by the US with the Syrian regime and Iran. The second option is that the US continues to take symbolic steps to gain time and to reduce the pressure by Turkey. Turkey’s primary option would be to solve the Manbij and eastern Euphrates issues through an agreement with the US. However, in case Turkey sees that concrete steps are not taken on Manbij, she might deepen cooperation with Russia and Iran in Syria. This will make the regime postpone its actions toward Idlib and highlight Syria's eastern part on the next challenge.

This article was published on 7 June 2018 with the title “Suriye krizinde yeni dinamikler ve riskler (New dynamics and risks in the Syrian crisis)” in the Anatolian Agency Analysis News.