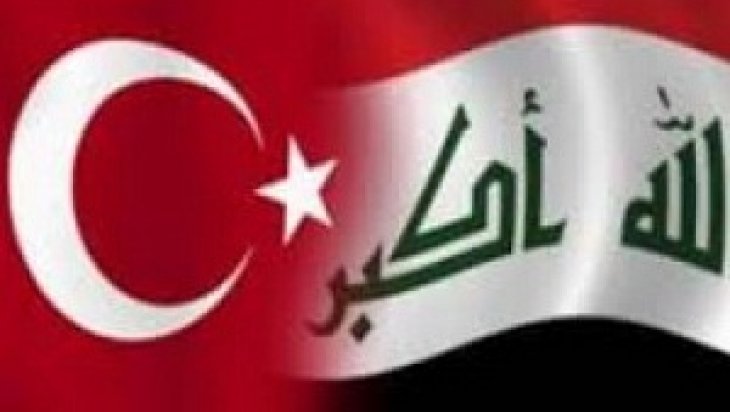 Turkish foreign policy has recently been going through a dynamic period. In addition to the developments in the Middle East, the striking results of the referendum on the UK exit from the European Union will have important consequences in terms of Turkish foreign policy. Tensions increased between Turkey and Israel since the one minute crisis at the World Economic Forum in Davos in 2009 and hit the highest point with the Mavi Marmara crisis. It is now seen that the tension between both countries has ended through a compromise deal. On the other hand, Turkey and Russia almost severed the relations after Turkish jets downed a Russian warplane which violated Turkish air space by entering from Syria. However, serious signs of improvement were observed after the letter that the President Recep Tayyip Erdoğan sent to Russia. President Erdoğan and Prime Minister Binali Yıldırım indicated that these developments signal a “the normalization in foreign policy” and call for a new approach in foreign policy that increases the number of friends and reduces that of enemies. This was the sign of a new period in Turkish foreign policy.

It is possible that this change and new discourse in Turkish foreign policy will have their repercussions in other fields and countries. It may be possible that there will also be a process of warming up in the relations between Turkey and Iraq. As is known, the relations with Iraqi central government deteriorated after 2010 and did not recover until 2014. In 2014, ISIS took control over parts of Iraq and Haider al-Abadi, who is known as a more moderate politician, was elected as Iraqi Prime Minister to replace Nouri al-Maliki who had been in power for the two previous terms. Positive developments were observed in the Turkey-Iraq relations afterwards. Indeed, Turkey was the first to congratulate al-Abadi government and it was clearly indicated that Turkey would provide any support to Iraq both in the fight against ISIS and in ensuring stability in Iraq. However, Turkey and Iraq were on different pages in terms of Syria, while Iran and Russia pressured Iraq. As a result, Turkey-Iraq relations could not reach the expected level.

At the same time, Iraqi central government interpreted the good relations that Turkey developed with the Kurdistan Regional Government in Iraq (KRG) as a sign that Turkey chose KRG over Iraq. Lastly, Iraqi government showed a meaningless overreaction to the rotation of the personnel in the military training camp that Turkey established in Bashiqa, Mosul in 2015 for the training of local forces with the implicit approval of Iraqi government. Baghdad government resorted to groundless claims to blame Turkey for intervening into its domestic affairs, helping ISIS and invading Mosul. Iraqi Minister of Foreign Affairs Ibrahim al-Jaafari made threatening statements that they might wage war against Turkey in the event that Turkey did not withdraw its soldiers from Bashiqa. Iraq also appealed to the United Nations (UN), complaining about Turkey. Even though Russia already appealed to the UN due to Turkey’s presence in Bashiqa, its appeal was not accepted.

Furthermore, Iraqi central government, which objected to the KRG’s oil export through Turkey, has stopped sending oil to the Kirkuk-Ceyhan pipeline for the last 2 months despite the agreement signed between Iraqi central government and KRG in December 2014. Moreover, as the Bashiqa crisis was unfolding, the Iraqi Ambassador to Ankara, whose term ended, could not be appointed for almost 6 months, although the new name was already set.

Diplomatic relations continued at lower level, despite this crisis in bilateral relations. Even though Turkey expresses its sensitivity about the territorial integrity and political unity of Iraq on each platform, positive steps could not be taken, due to the political crisis and polarization in Iraqi central government. However, the new signals given after the change of Turkish government and Turkey’s active and determined attitude in the fight against ISIS are positively received by Iraq, as well. Indeed, a competent and equipped ambassador Hisham al-Alawi started his duty as the new Iraqi Ambassador. The assignment of Hisham al-Alawi is a message for the good relations that Iraq wants to improve with Turkey. Indeed, it is seen that this message is also well received by Turkey. On 27 June 2016, Prime Minister Binali Yıldırım congratulated Iraqi Ambassador and gave an important diplomatic message at the iftar dinner held by the Presidency of Foreign Affairs of the ruling Justice and Development Party. In his statement on a television program, he also underlined the significance that Turkey attributes to the stability and territorial integrity of Iraq.

These developments give clues about the warming up process in Turkey-Iraq relations. Iraq seems to be aware that it cannot fight ISIS alone. Therefore, a regional initiative should be taken and neighboring countries should provide support in order to prevent further radicalization, after ISIS is cleared away from Iraq. Turkey has demonstrated the important place it occupies in defeating terrorism in the region, both through its direct fight against ISIS and its support to the coalition. Furthermore, Iraq will obviously receive great assistance from Turkey in the restructuring of the regions destroyed by the war in the post-ISIS period. At the same time, Turkey may inspire the groups over which it has leverage, so that they support the political process, which is necessary for ensuring stability in Iraq.

There is also a serious economic crisis in Iraq. As far as it is known, there is a 64-billion-dollar loss in the Iraqi budget calculated at around 106 billion dollars in 2016. Therefore, it is possible to say that Iraq needs investments in various fields, especially oil industry, in order to overcome the economic crisis. At this point, Iraq will possibly benefit from Turkey in terms of improving the investment capacity in Iraq. Reactivating the Turkey-Iraq High Level Strategic Cooperation Council will be very instrumental in streamlining Turkey-Iraq partnership. Through this platform, it will be possible revive cooperation in a range of fields from military issues to development projects and from industry to cultural studies. Iraq’s stability and revival of Turkey-Iraq relations will not only help find solution to regional problems, such as the Syrian crisis, but also will potentially mobilize the dynamics of regional cooperation.