Observations about Baghdad and Iraqi Politics 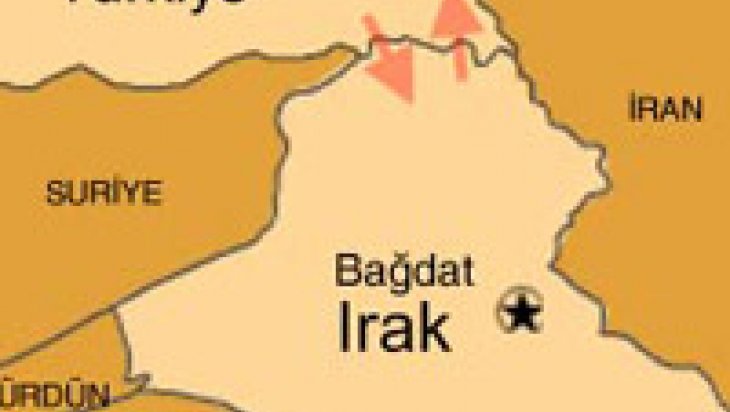 As ORSAM, we visited Iraq’s capital, Baghdad both in order to conduct a field study and participate in an international meeting with the EU institutions, which was organized by Nahrain Center, a research center affiliated with the National Security Undersecretariat of Iraqi Prime Ministry, concerning foreign fighters. The participation from the European countries was remarkable in the conference which was held on 27-28th October 2015 whereas high-level participation from the Iraqi security units was significant for the productiveness of the meeting. Turkish Ambassador in Baghdad, Faruk Kaymakcı, also made a presentation in which he talked about Turkey’s role in the fight against ISIS and the steps that Turkey has taken. In his notable presentation, Kaymakcı conveyed information about the measures that Turkey has taken concerning the foreign terrorist fighters that even many people do not know and he made an important contribution to answering the questions about Turkey. The meeting was important because it revealed that the weaknesses Europe had in developing a common foreign and security policy apply to the prevention of terrorist recruitment of European citizens and every state's acting on its own as well.  As a matter of fact, the lack of information and intelligence sharing and poor cooperation against the foreign terrorist fighters were the main subjects of the meeting. It was especially suggested that a common communication network should be formed in order to provide information sharing and exchange of intelligence. Iraqi participants also indicated that the most challenging problem in the fight against ISIS was that people still continued joining ISIS. Even though Iraqi representatives showed determination about eliminating ISIS in the short term, they agree that ISIS cannot be eliminated in Iraq unless the entry of foreign terrorist fighters into Iraq is prevented. At this point, it is possible to say that Iraqi people are determined, but hopeless, at the same time, about the elimination of ISIS in the short term.

In fact, even though the security situation is relatively good in Baghdad, it is said that gang acts like abduction, murder attempt, and extortion have increased. After Iraqi Prime Minister Haider al-Abadi lifted the curfew in Baghdad following a 10-year period, at the beginning of February 2015 in order to give the message that Baghdad was safe now, it was announced that many control points in Baghdad were removed, closed streets were opened for use and finally ‘Green Zone’ where there were government institutions and missions of many foreign countries and which were protected under special safety measures, were opened to public. However, people still abstain from going out at night and entry to the Green Zone is not completely provided. Only one street in the vicinity of Green Zone has been opened to the passage of vehicles and strict security search is carried out on those who want to use the street and this search lasts long. That is why this street is not intensely used. It is still possible to enter the zones apart from this street with special identity cards. The public cannot enter Green Zone except for the street open to public or use the roads within Green Zone. In fact, people in Baghdad express aloud that the security measures are not sufficient and even most of these steps are just for show. It is even indicated that ISIS is still at a close point to Baghdad and al-Karma District of Anbar, which is located in the 30-40 km west of Baghdad, is still under ISIS control. Furthermore, full-scale bombings in Baghdad cause restlessness among the public and provoke a perception that there is no progress in terms of security.

Besides, the uncertainties in Iraqi politics also increase social discontent. It is possible to find a number of examples showing that political instability have negative effects on security due to the interlocking structure of security and politics in Iraq. Debates about Iraqi government have occupied politics in Baghdad within the last period. Even many names have been discussed as the new prime minister that will replace Iraqi Prime Minister Haider el-Abadi. In addition to the fight against ISIS, the reform package introduced after anti-government demonstrations which started in the summer of 2015 forced Haider el-Abadi to make reforms that included strict measures, which changed the winds. Haider al-Abadi abolished certain ministries and delegated their powers to the provinces. He also abolished the offices of vice presidency and deputy prime minister and resorted to wage deduction of many employees, which caused reform supporters to side with anti-reformists and the Iraqi parliament to withdraw the reform-making power from al-Abadi. This gave way to the comments that al-Abadi has not yet been influential over the government and Iraqi politics. In this sense, it is fair to say that al-Abadi is alone since he has not been quite able to adapt himself to the Iraqi government, which is a large-scale coalition. It is even possible to talk about fractionization in the government and government institutions. The increasing influence of al-Hashd al-Shaabi, which is an armed structure formed to fight against ISIS and also called as the “Voluntary Units or Popular Mobilization Forces” including the Shiite militia, in Iraqi politics, which is almost determined by the struggle against ISIS, has been creating tensions. In fact, it is possible to say that there are disputes between the government and al-Hashd al-Shaabi. In this respect, it is seen that Iran, which supports al-Hashd al-Shaabi in the field, tries to strengthen its position in Iraq. However, this causes disturbance in Iraqi politics. Although it is accepted that Iraq needs Iran’s support, Iran’s control in Iraq is negatively considered. Especially Shiite hawza in Najaf was disturbed by Iranian pressure.

On the other hand, another issue of debate in Iraqi politics is Russia’s position in the fight against ISIS. As is known, Russia, Iran, Iraq and Syria have formed a joint operations center in order to fight ISIS and share information. Even a joint operations center has also been opened within Iraqi Ministry of Defense. This has brought in the US-Russia dispute in Iraq as well as Syria. Some of the Iraqi people support the cooperation thinking that the cooperation with Russia will balance the US influence in Iraq while other people think that the US will not give enough support to the fight ISIS since it will not be content with this alliance. There are comments saying that the US tries to pressurize the other political groups in order to give a message to al-Abadi due to the alliance he has made with Russia. It is even thought that the US has tried to give a message to the Iraqi central government with the operation it has launched with the Peshmerga in Hawija.

In conclusion, the disputes, uncertainties and instability in Iraqi politics still continue. This becomes deeper and more complicated with each actor involved in the game in Iraq. Having reached a new historical turning point with ISIS, it is not quite possible that Iraq will see the light at the end of the tunnel in the short and medium term.