Observations on Arbil and KRG Politics 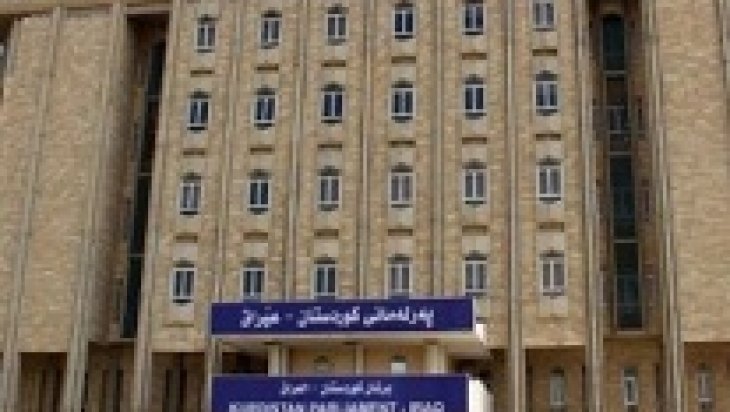 As the ORSAM team, we were able to visit Iraq between August 29 and September 8, 2015 for conducting a field research. The first fact that catches the eye was the disintegration of the politics in Iraq. The politics in Arbil has now completely focused on its own agenda. The foremost items on Arbil’s agenda are the constitution writing process and the discussions on President Massoud Barzani’s term. The only topic about Baghdad is the budget that the central government allocates to the KRG. It is still a widely circulated issue that the central government did not give away a major part of the budget allocated for the KRG. The economic crisis of the KRG is a well-known issue. During our talks, we were told that the civil servants lately received their June salaries. That is to say the salary payments have lagged for three months. This also creates a crisis for the banking system. Payments for the Iraqi banks are delayed and remittances from abroad are either not paid or partially paid under the pretext of economic stagnation. While this situation might cause stagnation in commerce, it is observed that the daily economic activities are bustling. When asked, the officials state that they sought to prevent the consequences of the economic crisis affect the people, but if it goes on the people will get affected sooner or later. Thus, it is rumored that the young people living in the KRG seek opportunities to go abroad. Our talks with the people verify these rumors. There is a substantial increase in the number of young people that recently applied for passports and moved abroad. Besides the economic crisis, the ISIS presence in Iraq and the political conflict in the KRG are major factors behind that.

Even though ISIS is not present in the KRG territory, the fact that it remains on the other side of the border creates distress for all parties within the KRG. The presence of the Pashmargha in the field against ISIS in Arbil, Mosul, Kirkuk, Suleimaniyah and Diyala places the ISIS threat in front of the KRG. But for the people, the real security threat is the risk of a conflict between political groups in the KRG. People still remember and fear the period of fighting between PUK and KDP in the 1990s. as the political debates such as the presidency term of Massoud Barzani heat up, feelings of fear an insecurity surge among the population. Even though all parties and factions assure that the situation in the 1990s will not return, it is hardly believed. That is to say the debate about Barzani’s presidency has disintegrated the KRG politics from within. There are two related discussions about this. First is the extension of Barzani’s presidency which was already extended for two more years in 30 June 2015. Second is whether the people or the parliament will elect the president.

The strategic powersharing agreement in 2004 among KDP and PUK, the main parties of KRG, had virtually ended with the formation of government after the elections on 21 September 2013. KDP had sidelined the PUK and formed government with Gorran and Islamist parties, in which PUK joined later. Therefore, their relations had soured and the two parties became rivals once again. As of the current situation, Gorran and PUK exert a serious pressureon the issues that Barzani’s term for president is overdue and the president must be elected by the parliament. KDP is similarly adamant on Barzani keeping his post as president. There are rumors that Barzani took it as a personal issue and can even risk all out conflict for remaining in his post. PUK is thought to have lost its electoral base for its strategic deal with KDP and its approval for extending Barzani’s term. That is the reason why PUK seeks to acquire a dominant position in the KRG. As it is well known, Gorran has acquired the second most powerful status after its splinter from PUK in 2009. PUK seeks to reverse this dynamic. Gorran’s electoral base opposes Barzani as well. For this reason, both parties agree on Barzani, even though they are rivals on the ground. The pressure of Arbil in the local politics disquiets both parties. However, Barzani’s power is boosted through the support of quota groups such as minorities and Turkmens, as well as the majority of Islamist parties. Both PUK and Gorran are aware of this and they use it as a political leverage in order to reduce KDP’s power in the KRG. They are known to declare openly that the KRG president must be elected by the parliament. They state that the first reason is the parliamentary system of the KRG. They worry that if the president is elected by popular vote, it will be a presidential system that will enhance the dominance of KDP over the KRG. Besides, it is easier for Gorran and PUK to control their parliament groups than controlling popular vote. Yet, it is stated that if elected by the parliament, the president would feel the parliament’s pressure upon itself. Moreover, both parties worry about gerrymandering attempts by KDP.

At this stage there are several options for KDP. First, it is claimed that KDP might dissolve the government and head for snap elections. Yet, KDP is unready for such a step due to both political and economic crisis. Besides, KDP might form a majority government with factions other than PUK and Gorran. As of the current situation, the government undergoes disintegration. The parties choose to join the parliamentary sessions in accordance with the agendas they support or do not support. Yet it is a fact that KDP does not want to disintegrate the KRG politics. It is most likely that Barzani will seek a consensus with PUK and Gorran to achieve a roadmap for the solution.