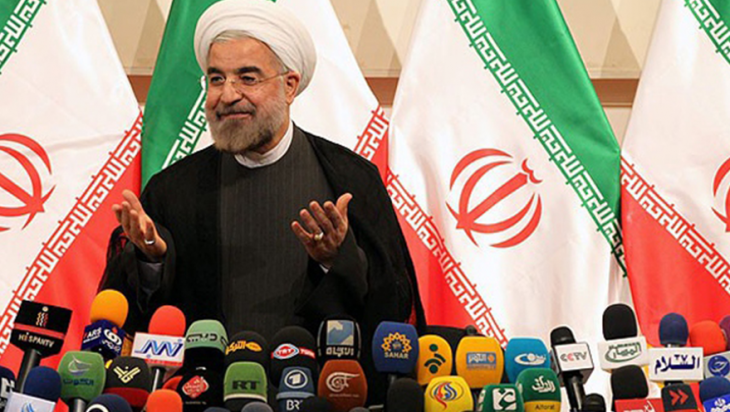 In Iran, where no political party is institutionalized or established on a national scale, media plays an important role in bringing different political opinions and reactions to the people. However, Iran is usually listed among countries with no freedom of press. For instance, in 2014 the country ranked 173rd among 180 countries in Press Freedom Index of Reporters Without Borders. Regardless of the discussions on the accuracy of such assessments, Iranian media undoubtedly does not enjoy a complete freedom of press.

Contrary to popular belief, the pressure on Iranian media is not exerted by the government but by the establishment, the Islamic Republic regime. Thus, concerns on press freedom continue even after the change ofruling administrations.The status of media has not seen much improvement during the time of Hassan Rouhani who came into power following the June 2013 presidential elections. The regime views the media as a way to educate people according to certain values, inform them on issues and even as a tool to shape politics. "Free press" is perceived as a potential threat to the regime since it could be utilized by its enemies, which forces the regime to impose strict control over media.

In the Islamic Republican regime, freedom of press is legally constrained in order to protect public interests and Islamic principles. According to press and criminal laws, main press crimes include spreading propaganda against the state, defamation of religion, and creating fabricated news. Besides these crimes, the regime has unwritten red lines which are criticizing the leader of Iran's Revolution Ayatollah Khomeini, Supreme Leader Ayatollah Ali Khamenei, and questioning the principle of velayat-e faqih which constitutes the basis of Islamic Republican system. Additionally, Iranian government, security organizations, and judiciarymay prohibitpublishing on certain subjects. The media, compelled to survive within strict boundaries, has some significant challengesincluding editorial independence, state censorship on certain issues, and self-censorship by media professionals to avoid violating the regime's red lines.

According to current regulations all media outlets have to obtain publication permission from Press Supervisory Board under the Ministry of Culture and Islamic Guidance. The board, consisting of Minister of Culture, a university professor and a member each from  following institutions; Supreme Council of the Cultural Revolution, Supreme Judiciary Council, Supreme Council of the Religious Seminary of Qom, has the authority to transfer perpetrators ofpotentialoffends to the Press Court or Revolutionary Courts, and cancel licenses when it deems to be necessary.

Iranian press has had its glory days during the first term of President Mohammad Khatami at the end of 1990's.  There was an increase in the number of magazines and newspapers some of which had a circulation of almost a million. However, numerous newspapers and magazines were shut down following the new regulations in the Press Law in 2000. The pressure on the media continued during the governments of Ahmadinejad. Despite the increased pressure, types of media were widened with the spread of the Internet during this period.

Today the most efficient type of media in Iran is the news agencies with their number close to 20; they prepare news for printed and visual media and publish in several languages. The monopoly of the official news agency of the countryIRNA came to an end with the establishment of ISNA in 1999 to support the reformist government, and Fars News Agency (FNA) in 2003 to present views of the radicals and conservatives. FNA, managed by directors with close ties to Revolutionary Guards, is accepted as the most influential news agency in Iran. In addition to that Iran has more than 42 million of Internet users, many news portals and more than 60, 000 thousand personal blogs that are regularly updated. Tabnak, Asr-e Iran and Khabaronline are the most visited news sites.

Despite this variety in the media, the principal news sources for 80% of Iranian people are radio and TV. The broadcast of radios and TV channels are under the monopoly of the state and managed by Islamic Republic of Iran Broadcasting (IRIB). IRIB is supervised by a board consisting of a representative from legislature, judiciary, executive branches; however, the director-general is directly appointed by the Supreme Leader. IRIB has 8 national, and 29 local TV channels and almost 50 national or local radio channels. International TV channels such as Al-Alam and Press TV are also controlled by IRIB.

There are TV channels broadcasting through satellites to Iran where radio and TV broadcast is under the monopoly of the state. Satellite dishes were prohibited in 1994 to inhibit this type of broadcast that was supported by foreign states and anti-regime groups. Despite this prohibition, at least 40% of Iranians are believed to have connections to the international broadcasts through satellites.

The Outlook of Iranian Media

Even though Iranian media has serious problems with regard to the press freedom, it is highly active and diverse within the allowed limits. Almost all the principal media sources are owned by certain political groups, people or institutions. According to their institutional ties and editorial policies, media of Iran can be divided into five categories.

Firstly, a portion of the media is directly connected to Supreme Leader Khamenei. As previously mentioned IRIB, which holds the monopoly of radio and TV broadcasting, is controlled by Supreme Leader Khamenei. IRIB also publishes a daily newspaper named Jam-e Jam and various weekly and monthly magazines. Government reshuffles do not change its editorial policy much since IRIB is not affiliated with the government. Supreme Leader Khamenei assigns the editors of Kayhan (The Cosmos), a newspaper which was formed before the Revolution, and Ettelaat, the oldest newspaper in Iran. Khorasan, a newspaper based in Mashhad but gets distributed nationally, and Qods also supervised by the Office of the Supreme Leader. Additionally, Khamenei still owns the licence of Jomhouri-e Eslami, a newspaper which was once owned by Islamic Republican Party. These newspapers usually reflect Khamenei's stance.

The third category of the media consists of the reformist press. The major reformist newspapers are Afetab-e Yazd, mostly controlled by reformist religious group of Ruhaniyun, Etemad, published by Elias Hazrati who is a member of National Trust Party, and Shargh which was shut down for 4 times since 2002. Besides these newspapers, the magazines Chashmandaz-e Iran, Nasim-e Bidari, Mehrname, and Gozaresh belong to this category. Reformist news websites include Asr-e Iran, Fararu, and Diplomasi-yi Irani.

The newspapers which are not supervised by Khamenei but still have a conservative voice could form another group.  Resalat reflects the views of Motelefeh Party and the Islamic Society of Engineers; both are known for their close ties to the Bazaar of Tehran. Hamshahri, which used to be the most influential newspaper of the reformists, has had a more conservative view since 2003 as it is owned by Tehran Municipality. Hamshahri Media Group has many periodicals including Hamshahri Diplomatic.

Last category of the Iranian press could be entitled as neo-radical since it consists of media that used to immensely support Ahmadinejad and now harshly criticizes the government of Rouhani. Vatan-e Emrooz and Javan newspapers, Fars and Tasnim news agencies, Rajanews and Mashreghnews news portals belong to this category.

Media and Politics under President Rouhani

Following his election as a president, Rouhani took two actions with related to the press. The first one aimed to increase his influence on the media, as the press is the most important tool for the government in Iranian system, where power of elected officials are structurally limited. The government affiliated press as well as the reformist press have widely supported Rouhani government to survive both in social and political spheres. Traditionally conservative press also supports the government of Rouhani on some aspects.  Thus, the government is not only influential on its affiliated press but also on reformist and traditionally conservative press. However, this is not an absolute and unquestioned support and since the press applauds the government's achievements but  avoids its deficiencies. According to his opponents, the government of Rouhani both harshly criticizes the governments of Ahmedinejad, and also divides the people as the moderates and the extremes to compensate for his weakness. The dissenting journalists express discomfort about not being allowed to speak during the meetings held by the President and not being included in the President's tours.

On July 22, 2015 Ministry of Culture sent a secret notice to the press about things to consider while covering Iran's nuclear program. Ministry's Spokesperson Hossein Noushabadi stated that the notice is in line with the decisions of Supreme National Security Council and these decisions are binding for everyone. The9-Dey newspaper's license was canceled and Kayhangot a warning for not conforming to these decisions. This is regarded as the most significant evidence for the government's desire to increase its control over the media. However, this pressure is not only aimed at the opponents of Rouhani's government but also the reformists. For instance, a site named Entekhab was temporarily barred access in October 2014 and the publication of the Roozan newspaper was suspended because of the story it ran about the death anniversary of Ayatollah Montazeri. After a well-known reformist journalist Mohammed Quchani could obtain a license for the Aseman newspaper in February 2014, itgot shut down only after publishing six issues because of an article criticizing Qisas (eye for eye) laws.

As his opponents claim that he "controls the media", President Rouhani says nuclear negotiations are unjustly criticized in various reports and the government's achievements in many fields are not sufficiently covered in the press. He even claimed that state-run TV channel "IRIB is 100% against the government". Rouhani's advisor in charge of cultural affairs and government's representative in IRIB Board of Directors Husameddin Ashna once stated that the IRIB administration refuse implementing the board's decisions.  At his speech on National Journalism Day, Ashna said that the small press is under huge supervision however, the bigger ones are under almost no supervision at all. He also mentioned some publications of Ettelaat and Kayhan and asked "Why can't we do anything about these?"

The second action the government of Rouhani took with the press was expanding the press freedom.  In this context, Rouhani promised to re-open several NGOs that got shut down in 2009 including a journalist organization, the Press Union however, there has been no steps towards it. Moreover, Minister of Culture Ali Jannati prompted a debate in the country when he stated during a speech in March 2014 that the precautions has been taken since 1979 such as filtering the Internet to control the flow of information is "absurd". In response, Friday Prayer leader of Tehran, Mohammad Ali Movahedi-Kermani said Minister of Culture should take measures so as to "prevent the enemies from corrupting the Iranian society with their dangerous culture". Popular social media sites such as Youtube, Facebook and Twitter are still blocked.

Consequently, President Rouhani attempted to implement two big projects to control the press but also to expand their freedom however, he was not successful in either of them. Moreover, during Rouhani's term, freedom of press got worsened as even publishing pictures of an important member of the reformist movement Mohammad Khatami was prohibited by the establishment. 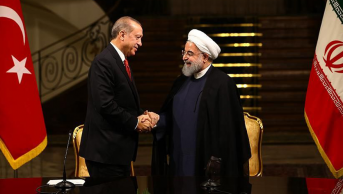 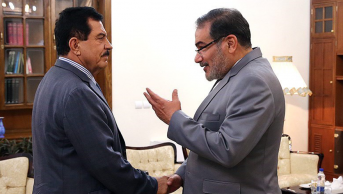