Pre-election Observations from Erbil and Sulaymaniyah 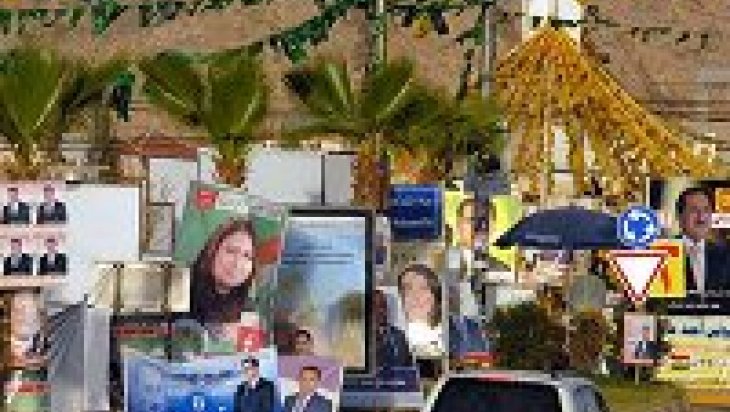 The inter-party rivalry for parliamentary elections to be held in Iraq's Kurdistan Regional Government on September 21, 2013 has been accelerated. Especially on September 18, the last day of electioneering, supporters of almost each political party took to the streets to make an appearance, and main squares and streets turned into a fair ground with flags in different colors. However, the show of force from KDP, led by Massoud Barzani, and from PUK, led by Jalal Talabani, being the parties in power in Iraq's Kurdistan Regional Government surpassed other political parties and coalitions by far. It is possible to suggest that it is the reflection of the political power of both parties, but also it is obvious that they took advantage of their economic power. One can see several election materials such as; flags, T-shirts, caps, badges etc. of KDP and PUK on a person. On the other hand, it is hard to say that Islamic parties, among the most prominent opposition parties in the region, took to the streets in a similar way. Despite the fact that it is possible to see electoral banners, posters, flags etc. of candidates from Islamic parties in Erbil and Sulaymaniyah, one cannot see electoral convoy or groups of those parties. Although it is observed that the Goran Movement, of which electoral performance is wondered most, carries out an effective election campaign in Sulaymaniyah, it is not as effective in Erbil. This situation gives the impression that the Goran focuses more on Sulaymaniyah than other provinces. Nevertheless, the officials from Goran attribute their limited appearance in other provinces to the limited party budget. It is seen that the Goran, which made thousands of its supporters to the streets for several nights within the last month, did not do the same in Erbil and Duhok. This situation roughly makes one think that the elections will be held between KDP and Islamic parties in Duhok; between KDP and PUK in Erbil; and between PUK and Goran in Sulaymaniyah.

However, due to the fact that all provinces under Iraq's Kurdistan Regional Government are considered a single electoral district, the overall performance of parties will matter, not the performance of each party in each province. It is expected that the results of the elections in IKRG will have impact on Iraq and the regional balances. The Region, administered over the agreement between KDP and PUK in the post-2003 Iraq, seems to move towards a new path with the elections on September 21. Because it will be the first time that KDP and PUK run for the elections in different lists. Which creates a severe political rivalry between the two parties. The struggle between both parties, seeking to form a joint government in the post-2003 IKRG, might interrupt the process. Besides, there is also an opposition movement, which has taken firm steps in the region after the 2009 elections and which is led by Goran that split from PUK. This situation also creates another point of resistance for KDP, which holds a dominant position in terms of the power in IKRG. Still, it is highly likely that KDP will come first in the elections again. What matters most at this point is which party will come second in the elections, and whether the opposition will reach power that would prevent the ruling party from doing whatever it wants. At this point, it is possible to suggest that KDP-PUK coalition will continue in both cases. If the opposition showed a bigger success than the 2009 elections, KDP would need the support of PUK to sustain its power. On the other hand, if PUK fell behind KDP and Goran, it would maintain its coalition with KDP in order not to be excluded from the political process and lose power. However, if the Goran Movement, which appeared as the opposition movement in 2009 elections, chose to become a part of the power than the opposition with the success it could gain, it seems likely that there will be changes of balances in the region.