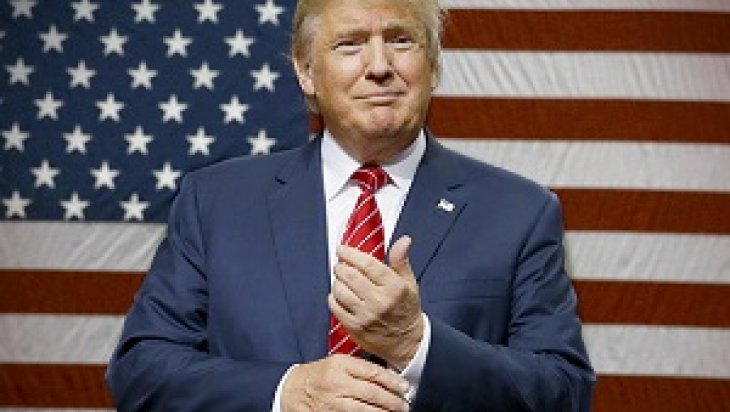 Having surprisingly surpassed his rival Hillary Clinton in the US presidential elections and having been elected as US President on 8 November 2016, Donald Trump continues forming his cabinet and the foreign policy he will follow is impatiently anticipated. With his different and surprising booms during the election campaign, Trump generally gave details about the domestic politics in his speeches but did not adopt a clear approach in the foreign policy. Despite this, Trump’s critical attitude and discourse with respect to the foreign policy that Barack Obama and the Democrats followed prefigured what kind of foreign policy he would follow. However, Trump’s variable discourse and unexpected booms may lead to a wide range of deviations in the US foreign policy in the following period. Furthermore, regional and global developments will affect his foreign policy to a large extent. However, taking into account Trump’s discourse, it is possible to make preliminary assessments as regards his Iraq policy.

Fight against ISIS, one of the fundamental problems both in Iraq and in the Middle East, seems to be one of the main items of Trump’s agenda. Trump has indicated on several occasions that fight against ISIS will be his major priority. However, Trump objects to the idea of sending soldiers to Iraq. According to Trump, the intervention in Iraq in 2003 was a mistake and the withdrawal of the US soldiers in 2010 was the second big mistake. Trump thinks that the US government aborted this attempt and sees the instability in the Middle East as the reason for this abortion. Trump believes that US interventions in the Middle East have led the region to its current status quo. From this viewpoint, it is expected that Trump will quit his interventionist attitude in his moves towards the Middle East and follow a policy mostly based on regional cooperation in the following period. It is possible to say that Trump will manage the process of fight against ISIS by supporting the local actors.

It is seen at this point that Kurds will play an important role within the scope of Trump’s foreign policy and his support to the local actors in the fight against ISIS. In an interview, Trump indicated that he was a big fan of Kurds, which signs for the increase in Kurds’ role in US Middle East policy in the following period. Two key factors are seen at this point. The first factor is the future of PYD and the second factor is that of Kurdistan Regional Government (KRG) in Iraq. As for the current situation, the USA gives overt support to PYD and puts PYD on top of the list in its Syria policy. Taking Trump’s discourse into consideration, this policy towards PYD will be possibly maintained.

On the other hand, it seems possible that KRG which is a significant factor in terms of both the US general foreign policy and the fight against ISIS will receive more support during Trump’s term. KRG Peshmerga has showed great success in the fight against ISIS with the US support. It is possible to say that Trump will continue to support KRG during his office. It is possible at this point for KRG to increase the support for its dream of independence in this period since Trump draws attention to strong and stable structures in his speeches and abstains from using such phenomena as democracy especially in the Middle East. Indeed, in his statements, Trump defends that Iraq and Libya face their current situations since Saddam Hussein and Muammar Gaddafi were gone. It can be interpreted upon Trump’s discourses that efforts will be made to support the strong and stable structures and reduce the need for US intervention. This policy will strengthen the hands of Trump who defends that the number of US soldiers in the Middle East should be lowered. This situation may lead to a powerful Baghdad government which will adjust to the US policies and cooperation with Kurds instead of remaining as a weak Baghdad government. Therefore, it will be possible for the USA to support a more powerful political figure in the Iraqi general elections which are planned to be held in 2018, instead of a prime minister like the current Prime Minister of Iraq Haider al-Abadi who is weakly supported by the society and is a leader with insufficient political basis.

However, two critical actors come on the scene for Trump at this point. These actors are Iran and Israel. It is known that Trump is particularly sensitive in terms of the relations with Israel. Trump clearly supports Israel’s Middle East policies. Indeed, upon Trump’s winning the elections, Israeli Minister of Education and the leader of radical Jewish Home Party Naftali Bennett congratulated Trump and said: “Palestine is dead.” Therefore, Trump will possibly follow a Middle East policy through Israel. On the other hand, it is also possible to say that Trump has adopted an anti-Iran approach. Having said that the “tenderness” of Barack Obama caused Iran to increase its influence in the region, Trump criticized the Iran policy of the current US government and even said that he would throw away the nuclear peace treaty signed with Iran. Therefore, it is possible to witness tension and deterioration in the US-Iran relations during Trump’s term. The tensions which may arise between the USA and Iran could also be seen in the Iraq policies and these two parties may come face to face.

Turkey comes out as another factor for Trump at this point. Besides the relations that Turkey has recently improved with Israel, the presence of a factor which balances Iran in the region may make Turkey more important both for the general balance in the Middle East and in Iraq within the scope of the US foreign policy during Trump’s presidential term. Furthermore, Turkey’s good relations with KRG may pave the way for Trump to support Turkey’s Iraq policy.

However, different approaches that the USA and Turkey adopt with respect to Syria may overshadow the harmony between both countries in this period. Trump and Turkey follow controversial policies in Syria. Whereas Trump does not take a clear position against Bashar al-Assad, he seems to agree with Obama administration in terms of supporting PYD. A compelling situation emerges for Trump at this point. Trump will have to build a balance where he cannot ignore Turkey’s initiative as one of the most powerful and stable states in the region despite his affinity with Kurds.