Radical Islamists Getting Stronger, and Assad Winning in Syria 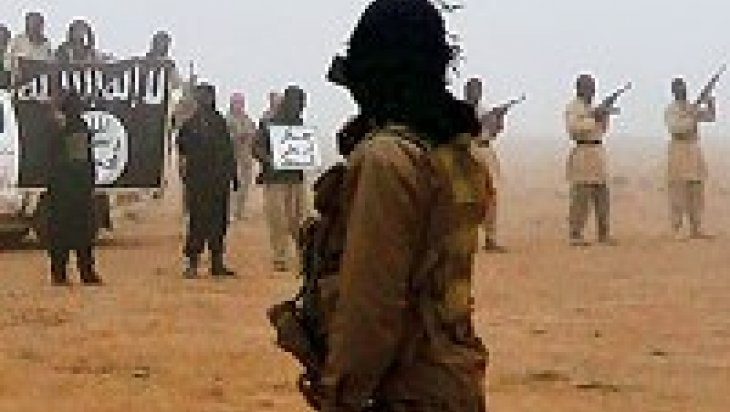 Following the jet crisis back in 2012 between Turkey and Syria, the fact that Turkey changed the rules of engagement and announced that the opposition would be provided with all kinds of support from the frontier zone altered the balance on the Turkey-Syria border in favor of the opposition.

A de facto safe zone was created, and over time settlements in northern Syria and border crossings were seized by the opposition. The regime forces withdrew from the Kurdish regions on May 19, 2012, and handed over control of those regions to the Kurdish militia Popular Protection Units (YPG), which is the armed wing of the Democratic Union Party (PYD). The withdrawal of Bashar al-Assad's forces from northern Syria voluntarily or by force created competition among the armed opposition. The competition ultimately brought about a multidimensional close combat. This situation triggered the military success of Assad's regime in the field over the past few months.

Another development as important as this situation is the change of balance within the armed opposition in favor of radical Islamists. And this situation changed the outlook on the civil war in favor of the regime in the international arena. Today, the radical Islamists are highlighted as a major threat in Syria just as, or even more than, the Assad regime. The effects of the developments in northern Syria are listed as follows

- The withdrawal of Assad's regime forces from the Kurdish-populated regions brought about the Arab-Kurdish conflict. The Kurdish settlements are of strategic importance in two aspects. First, the group that takes control of those regions on the Turkish border seizes the source of revenue such as: border trade, smuggling and distribution of aid provided from other countries. Second, Kurds are in the regions near oilfields, being another significant source of income. Conflicts took place between the YPG and groups under the Islamic State of Iraq and Syria (ISIS) -- the al-Nusra Front and the Free Syrian Army (FSA) -- for the control of regions that are of critical importance in terms of financing the war. Thus the Islamists, being the strongest groups within the military opposition, had to direct a substantial part of the energy and resources to Kurds.

- The authority gap in the northern region led to competition, split and conflict within the Sunni Arab opposition. Conflicts started to take place for reasons such as the control of oilfields, distribution of aid from other countries, and control of border trade upon the elimination of the common threat, the regime. Rather than a struggle against the regime in the region, there is an interest-based conflict dynamic between armed groups such as the YPG, al-Qaeda-linked groups and the FSA. This situation led to a conflict within the Syrian military opposition, which is already made up of many different groups. Currently, conflicts take place between the FSA and ISIS, ISIS and the al-Nusra Front, the FSA and the YPG, ISIS and the YPG, and the al-Nusra Front and the YPG on the Turkey-Syria border.

- ISIS is the armed group that is getting increasingly stronger in the multidimensional conflict in northern Syria. The prominence of ISIS draws Russia, which backs Assad's regime, and the West closer to each other. Today, it is not Assad's regime but the radical Islamists that are considered the major threat in Syria.

- Al-Qaeda getting stronger damages the international legitimacy of the Syrian opposition. The Assad regime argued from the beginning that the civil war in Syria is a “struggle against the Islamist terrorists.” As al-Qaeda has gotten stronger, the conflict has more and more taken on the nature of an armed clash, one against terrorists, which the Assad regime had tried to make it out to be right from the beginning.

Al-Qaeda and the Islamists getting stronger might present the Assad regime as the only armed force that can cope with those groups if things continue to keep going in this direction. The strategy of most countries supporting the opposition against the regime was to reinforce the structures such as the FSA and the Supreme Military Council, which they considered “good opposition,” and to weaken Islamists that are “bad opposition.”

However, the passage of time has shown that the situation in the field was against the good opposition. The 11 Islamist opposition groups issued a joint declaration not long ago and urged all opposition groups across the country to gather under the umbrella of Shariah and that they reject the authority of the Syrian National Coalition.

Besides the al-Qaeda-linked al-Nusra Front, radical Islamist organizations such as Ahrar ash-Sham are among the groups signing the joint declaration. However, what is really important is that groups such as Liwa al-Tawhid, Liwa al-Islam and Suqour al-Sham, known as relatively moderate Islamists under the FSA, signed the declaration. Those groups are known as the strongest groups, which have the biggest number of militants in the field, and are also believed to be under the Syrian National Coalition. The total number of militants of the 11 groups is claimed to be in the tens of thousands.

This situation points outs that the strategy of reinforcing the moderate Islamist front and the military opposition of the Syrian National Coalition under a single roof against the regime and radical Islamists failed. Hence, the problem arises of who will struggle against al-Qaeda and other radical groups, which are becoming a major threat for the Syrian people, some countries in the region and the West. In the process, the regime's army may come out as the only military force that can cope with the threat radical Islamists group pose in Syria. This in turn could push the West to cooperate with the Assad regime.

Due to the aforesaid reasons, in Syria the radical Islamist groups and especially ISIS gaining influence changes the balances both in the national and international arena. It is necessary to add the recent military achievements of the Assad regime's army against the opposition, as well as the diplomatic process that was launched between the West and Assad's regime for the destruction of chemical weapons.

Radical Islam's threat draws the US and Russia closer in terms of their positions on Syria and establishes an area of common interest. On the other hand, the fact that Turkey insists on not making a fine adjustment on its Syria policy is pulling Turkey and its allies on the Syria issue away from each other. Turkey's strong response to US Secretary of State John Kerry praising the Assad regime for its cooperation in the destruction of chemical weapons could be given as the most explicit example to this situation.