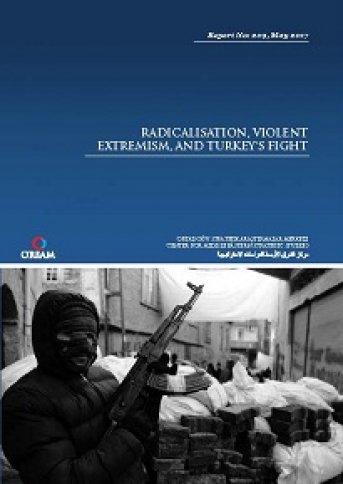 Radicalization and violent extremism has gradually and consistently occupies a much greater space in the literature on security studies for all good reasons. They threaten not only people’s lives, national and regional stability and states’ monopoly over the use of violence as a key pillar of statehood, but they also pose dangers for universal values of tolerance, the ability to coexist, pluralism and respect for differences. Regardless of the mindset to which terrorist groups refer in order to justify their cause, the grievances of the victims of their inhumane terror attacks go unchanged.

In order to cope with radicalization and violent extremism more effectively, this study seeks to have a better grasp of existing conceptualisations, approaches, models, and also gaps in the literature. Without having a clear idea about the basic concepts, confronting these phenomena in a cooperative way will be a difficult task. Considering the fact that neither radicalization nor violent extremism can be attributed to a particular religion, ideology or value system and different forms actually feed into each other, it is obvious that we need to have a comprehensive and holistic approach which avoids overemphasizing a particular form. Turkey, with its decades of experience of dealing with different forms of radicalization and violent extremism from far-left to ethno-separatist and religiously-motivated ones, is a perfect case to show these different faces of radicalization and violent extremism. Therefore, this research will have a closer look at Turkey’s fight over decades against different terrorist groups along with its more recent efforts to tackle this serious challenge, also providing some success stories and good practices that could be utilised in other cases by other actors.

In this research, ORSAM Visiting Researcher Dr.Göktuğ Sönmez provides a comprehensive discussion about radicalization and violent extremism and their different forms along with his own models and conceptualisations. Following that a historical account of Turkey’s fight against radicalisation and violent extremism will be presented. Lastly, some of the country’s recent efforts from several socio-economic steps to counter-messaging efforts and from youth projects to the military steps including the more recent Euphrates Shield Operation will be mentioned.