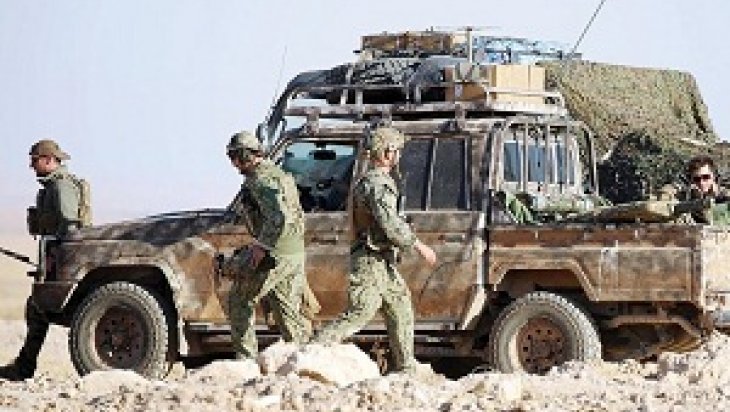 The US authorities announced that the Raqqa operation would be initiated in a few weeks after the Mosul operation was launched. The reason for this was explained as follows: “ISIS was going to engage in terrorist acts in the Western capitals, these acts were planned in Raqqa and thus it was necessary to at least isolate the city in the short term.” Following these explanations, Syrian Democratic Forces (SDF), US local partner in the fight against ISIS, announced on 6 November 2016 that the Raqqa operation was launched.

Goals of the US and YPG

We could list a few reasons for the engagement of the US in this operation without substantial preparation. The first reason is that the ruling Democrat Party was chasing after a move which would strengthen their candidate Clinton's hands before the US elections. Secondly, the success of the Mosul operation is possible also through suppression of ISIS in Raqqa. It has always been defended that a strategy should be implemented including Iraq and Syria in order to defeat ISIS. The organization gained strategic depth due to its transboundary structure and it was able to canalize its sources into the regions where it was under pressure. The operations simultaneously launched in Mosul and Raqqa were going to restrain this opportunity.

YPG may demand US protection in the east of the Euphrates

SDF carries out the Raqqa operation with US support. Efforts are made to make SDF look like an umbrella organization comprising of Arab, Turkmen and Christian groups as well as Kurdish forces. However, YPG/PKK is known as the main element under SDF. Almost 30 thousand people join the Raqqa operation and 20 thousand among them are from YPG. More importantly, the operation is conducted under YPG command. Raqqa is not essentially among PYD/YPG's strategic targets. Raqqa is a large Arab city and YPG is aware that maintaining control in the city is as difficult as conquering it. Despite this, a few reasons why YPG wants to take part in the Raqqa operation may be given as follows:

YPG/PYD expects that the territory it hopes to turn into a federal state in the future will gain depth instead of remaining as a narrow line and will be a defendable region. Therefore, it wants to expand the borders towards the south as much as possible. Furthermore, Raqqa is a geographic connection between al-Hasakah, a rural region in the north, and Ayn al-Arab (Kobani). However, YPG does not feel safe in these regions of dense Arab population. YPG which strengthens its presence in Raqqa's rural areas and extends its areas of control will consider that it will guarantee the connection between Kobani and al-Hasakah. For this very reason, PYD leader Salih Muslim indicated in an interview that "Raqqa was not important for them but it had to be cleared from ISIS for the security of the regions under their control." The last factor that will lead YPG/PKK into the Raqqa operation may be the promises given by the US in different fields/terms. YPG/PKK may demand US protection in the Manbij and east of the Euphrates in return for serving US purposes in Raqqa.

Turkey's viewpoint to the Raqqa operation

The determinant factor with respect to Turkey's viewpoint to the Raqqa operation is that the power vacuum which will arise from the repelling of ISIS from the city will be filled by YPG, Syrian branch of PKK. Turkey defends that the local groups should conduct the fight against ISIS, just as in Mosul, and the administration should also be taken over again by these groups in the post-ISIS period. Turkey believes that the seeds of instability will spread otherwise even though ISIS is defeated. As far as the people of Raqqa are concerned, there is no difference between ISIS invasion and that of YPG/PKK. It even seems that YPG forces people to migrate and changes the demographic structure in Raqqa which has a dominant Arab and Turkmen identity. Even though the people in Raqqa want to get rid of ISIS, ISIS may strengthen its hand if the people living Raqqa realize that ISIS will be replaced by YPG. Therefore, Turkey insists that the local opposition groups should be used in the operation.

The question then arises as to whether the local groups have sufficient capacity in order to clear Raqqa from ISIS. The US argues that “there is no alternative other than YPG in the fight against ISIS and only YPG could succeed in this fight.” As for Turkey, this argument of the US indicating that "only YPG/PKK can succeed in the fight against ISIS" is refuted by the Euphrates Shield operation. Turkey-backed Arab opposition groups have cleared large part of Azaz-Jarabulus line from ISIS in a short time and showed that it was possible to defeat ISIS with sufficient military support. It seems possible that such forces should be formed in the Raqqa operation as well.

Significant part of the local opposition groups which controlled the city in the pre- ISIS period withdrew towards Idlib and Azaz. Many people living in Raqqa had to pass to Turkey due to YPG/PKK oppression. It is possible to organize these groups when the Raqqa operation is discussed in detail. It has been even reflected in Turkish media that Turkish army trains almost 1.500 fighters from Raqqa in the regions close to Syrian border.

Finally, Arab tribes in Raqqa which also waits for some time to take a position against both ISIS and YPG may take action in case of military advance of Turkey and the local opposition groups. These communities only want to see a strong alternative to ISIS and YPG and ensure that they will not be sold down the river. As in the example of the Euphrates Shield operation, even Arab groups in SDF may alter their position according to the changing balance of power.

Turkey has two options in order to military intervene to Raqqa. The first option is that the Euphrates Shield operation will extend towards the south of Manbij until the borders of Raqqa. However, it will require a very long time even if it seems possible. Besides, the extension of the Euphrates Shield towards these regions will cause the external actors to raise objections. The second option is that Turkish army will initiate an intervention through Akçakale-Tal Abyad. However, it seems difficult for Turkey to begin such intervention during a military operation in which the US Special Forces are directly engaged. On the other hand, it can be said that both YPG and the US are concerned about such possibility. US Chairman of the Joint Chiefs of Staff, General Joseph Dunford met with his counterpart in Ankara for four and a half hours when the Raqqa operation was launched. Along with several other reasons, this meeting may aim at measuring and preventing Turkey's reaction to the Raqqa operation.

Intervention in the city center of Raqqa

US Secretary of Defense Carter announced that "the negotiations as to what role Turkey would play in the final phase of the operations carried out to clear Raqqa from ISIS continued." That means the US considers that Turkey's role will gain currency in the long run. Therefore, it is understood that the US wants to hand over the rural areas of the city to YPG by finishing the operation of invading Raqqa with YPG and to act together with Turkey during the operation in the city center.

The US plans to intervene in the city center with a force formed by Arabs rather than YPG. The US must know that it is not possible to set an order in Raqqa through YPG in the post- ISIS period. That is why it will want to involve as a large Arab population as possible within the process and to settle them in the city center in the aftermath.

No preparation for the post-DAESH period

The US is now focused on the military victory but it is seen that no preparation has been made as to which forces will control the city and what kind of administration model will be established even though Raqqa is cleared from ISIS.

The US and YPG say that "the administration of the conquered regions will be handed over to the local groups in the post- ISIS period", which is not convincing. There is no doubt that every inch of the territories reclaimed by YPG will be within the borders of the state-alike structure under YPG/PKK control in the future. Everyone remembers the practices in Manbij and Tal Abyad which have dense Arab population and which were reclaimed by YPG. It was indicated before and after the Manbij operation that YPG would withdraw but the organization maintains its presence in Manbij. YPG even considered advancing towards Turkish border if the Euphrates Shield operation had not been initiated.

The YPG practices notably in Tal Abyad and the rural areas of Raqqa are also a more striking example. The people living in this region suffered from forced migration according to the reports of the international organizations and YPG control still continues in all Arab and Turkmen settlements. Some settlements have been removed for "security" reasons. More importantly, these settlements have been involved in the "Federation of Northern Syria – Rojava" which was established by YPG/PKK. A similar situation is also seen in the regions where YPG gained control after the ongoing Raqqa operation was initiated, which will pave the way for new tensions.