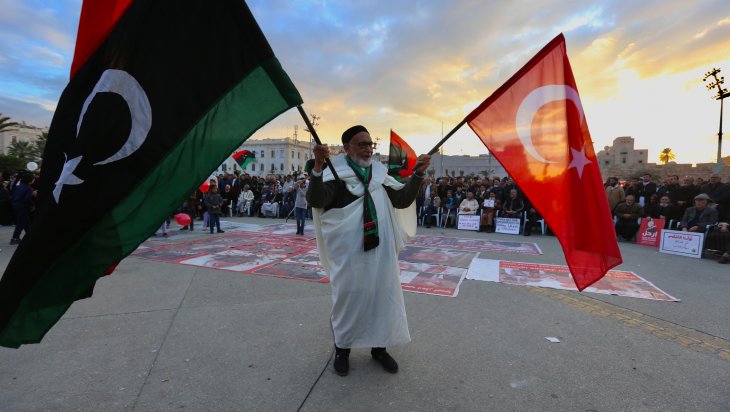 For the first time since the First World War, Libya has occupied a central position in Turkish foreign policy. The two agreements signed between Libya and Turkey have transformed the nature of the relationship between the two countries from a rather loose cooperation to the level of strategic alliance. This rapid change has caused significant concern for the countries that are against Turkey’s policies in the region. On November 27, 2019, the Turkish government and Libya’s Government of National Accord (GNA) in Tripoli signed the “Restriction of Marine Jurisdictions” agreement by which the two countries have determined their maritime borders in the Mediterranean following international law. Experts have accepted this agreement as one of the most important steps taken by the Turkish government in recent years. The agreement signed with the internationally recognized GNA of Libya led by Fayez al-Sarraj has been a turning point in terms of Ankara's Eastern Mediterranean policies.

Another vital agreement within this framework is the “Memorandum of Understanding on Security and Military Cooperation” signed by the two countries at the request of the Libyan government. Through this agreement, Turkey has indicated its determination and readiness to provide all kinds of support for the protection of Libya's territorial integrity and the elimination of threats to the Fayez al-Sarraj government, which is recognized by the international community. The agreement also provides for Turkey's help in the establishment of and support for the Libya Rapid Reaction Forces; the provision of munitions and planning to them; the formation of bases for land, sea and air vehicles; the deployment of guest military personnel, and technology transfer in the defense industry. Turkey aims to protect the political stability of Libya and to eliminate all threats to the security of the country. By establishing a solid strategic alliance with Turkey, the Libyan government also aims to protect its rights in the Eastern Mediterranean that arise from international law.

Some regional actors that perceive the rapprochement between Turkey and Libya as a threat have reacted quickly to these agreements. In particular, the agreement on the determination of maritime jurisdictions disturbed countries with interests in the Eastern Mediterranean. Following the agreement, to which countries such as Greece, Egypt, the Greek Administration of Southern Cyprus (GASC) and Israel reacted negatively, international pressure on the government in Libya’s capital, Tripoli, increased. The militia group led by former general Khalifa Haftar, one of the largest armed forces in the country, has intensified its efforts to seize the capital, overthrow the internationally recognized GNA and establish a military regime. Uncomfortable for a long time with Turkey’s policies in the Eastern Mediterranean, these countries have used this agreement, which has a crucial role in protecting the interests of Ankara in the region, as a pretext and increased their support for the Haftar forces who lack international recognition and are subjected to an arms embargo by the UN.

The maritime border agreement signed between Turkey and Libya has, without doubt, affected the short and long-term plans of regional actors, and efforts in the region to create an anti-Turkey alliance. The reaction of regional countries in the wake of the agreement is a clear indicator of this situation. Immediately after the agreement, Greece, Egypt, Italy, and Israel made diplomatic moves in an attempt to damage the strong bond between Ankara and Tripoli. Greece first demonstrated its reaction to the agreement by declaring that the Libyan Ambassador to Athens was deported. On 22 December, 2019, Greek Foreign Minister Nikos Dendias paid a visit to Libya and met with General Khalifa Haftar. Dendias’ failure to meet with the officials of the GNA drew reaction from Tripoli. Egypt also acted along the Greek line regarding this very situation. In a gathering in Cairo, the foreign ministers of Greece and Egypt declared the maritime border agreement between Turkey and Tripoli invalid. On the other hand, the Egyptian government has moved its initiatives against the rapprochement between Ankara and Tripoli to the international arena, and applied to the United Nations Security Council (UNSC) in respect to the memorandum of understanding signed between Turkey and the GNA. Upon this attitude of the Egyptian government, the Libyan government decided to halt the activities of their embassy in Egypt and demonstrating the discomfort they felt due to the actions of the Cairo administration.

Regional actors’ chief strategy to oppose the Ankara-Tripoli alliance aim to question the legitimacy of the GNA and its leader Fayez al-Sarraj. In fact, that Athens, Cairo, and Rome have had talks with the leader of the armed organization, Khalifa Haftar, and promoted him as the legitimate leader in the country, ought to be considered as an instrument of this strategy. The next step in these talks is to provide international legitimacy to Khalifa Haftar, who wants to establish a military administration in Libya.

Athens, Cairo and Rome are acting in Libya and the Eastern Mediterranean in such a way as to ignore international law and even the decisions of the United Nations. Unlike these countries, Turkey acts in line with international law in the Eastern Mediterranean and on Libyan politics as in other regional issues. The principle of acting in compliance with international law, which is Turkey’s main strategy in the protection of its own national interests, has been proven by the recent developments in the context of these two issues. In order to protect its rights envisaged by international conventions, Ankara has signed an agreement with Libya to limit maritime jurisdictions in accordance with the rules and practices of international law. This agreement may be claimed to be backing Turkey’s rights on a legitimate ground. Furthermore, the signing of the cooperation protocol with Libya with the call of the legitimate government recognized by the United Nations and many other countries constitutes the international legal basis for Ankara's military support to the government in Tripoli.

Turkey's deal with the Libyan government and its political activism in the Eastern Mediterranean ought not to be evaluated through an interventionist approach. The main objective of Turkish policy towards this part of the world is to protect its national interests. A significant difference compared to previous years is that the defense and protection of national interests starts beyond the borders of Turkey. A successful fight against regional and international threats will only be possible with the implementation of this strategy.

Turkey's agreement with Libya and activities in the Eastern Mediterranean reveal the unrealistic nature of the arguments that claim that Ankara’s foreign policy has downshifted to a lower gear. Performing successful military operations in Syria, using the hard power elements in the Horn of Africa and Gulf regions as a foreign policy tool and, finally, engaging in an Eastern Mediterranean-centered foreign policy activism, Turkey is recently experiencing one of its most influential periods in regional policy. This activism demonstrates Turkey's unquestionable commitment to becoming a key player in regional politics.

No doubt, Turkey’s active engagement gave way to the recent ceasefire agreement between the conflicting parties in Libya. Ankara’s diplomatic efforts to find a peaceful solution to the Libyan crisis was crucial in convincing the parties of the conflict to this agreement and gave a chance to political solution. It must be admitted that Turkish President Recep Tayyip Erdogan played a significant role in achieving the ceasefire by conducting an active diplomacy with both regional and international actors, such as Russia, Germany, Algeria and Tunisia.

Turkey is able to employ both diplomatic and military capabilities when its interests are threatened. Turkey’s capabilities to overcome regional and international threats have reached a higher level than it has ever been before. Hence, regional and global actors that conduct anti-Turkey policies should take into account the possibility of Turkey resorting to its “hard power” in response to their policies. However, Turkey’s primary choice will be to seek for its rights arising from international law through legal and diplomatic means.

This article was published in thenewturkey website under the title of “Restoring Order in the Eastern Mediterranean: Understanding Turkey's Activism in Libya​” on January 13, 2020. 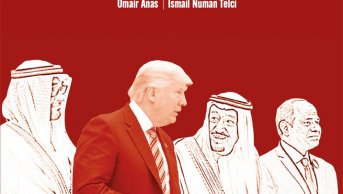 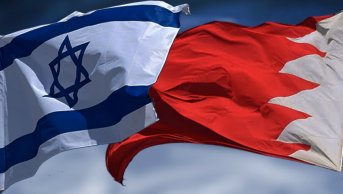 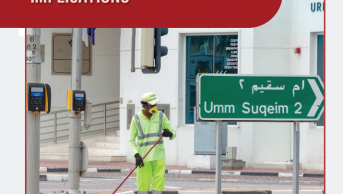 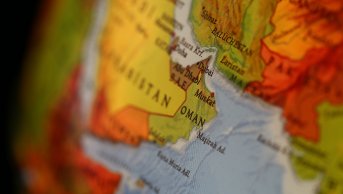 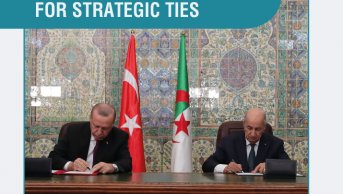