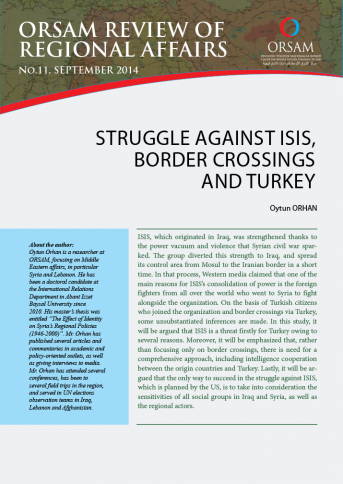 ISIS, which originated in Iraq, was strengthened thanks to the power vacuum and violence that Syrian civil war sparked. The group diverted this strength to Iraq, and spread its control area from Mosul to the Iranian border in a short time. In that process, Western media claimed that one of the main reasons for ISIS’s consolidation of power is the foreign fighters from all over the world who went to Syria to fight alongside the organization. On the basis of Turkish citizens who joined the organization and border crossings via Turkey, some unsubstantiated inferences are made. In this study, it will be argued that ISIS is a threat firstly for Turkey owing to several reasons. Moreover, it will be emphasized that, rather than focusing only on border crossings, there is need for a comprehensive approach, including intelligence cooperation between the origin countries and Turkey. Lastly, it will be argued that the only way to succeed in the struggle against ISIS, which is planned by the US, is to take into consideration the sensitivities of all social groups in Iraq and Syria, as well as the regional actors. 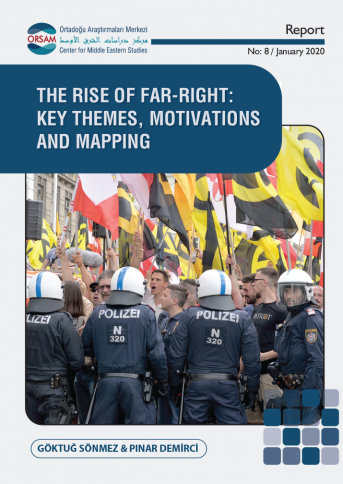 The Rise of Far-Right: Key Themes, Motivations and Mapping