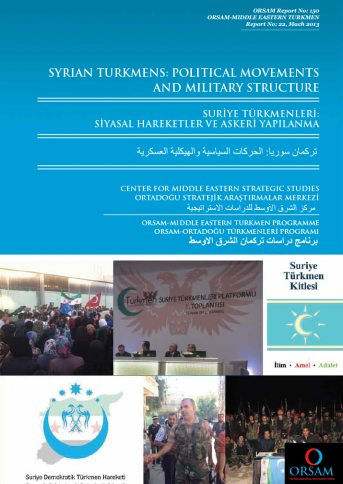 One of the consequences of single party regime, which has been going on in Syria for more than four decades, is the fact that none of the social or ideological groups in Syria – except for the groups holding the power – could find an opportunity to become organized. The authority gap caused by the events that emerged in Syria on March 2011 made it possible for the aforesaid groups being excluded from the power domain for many years to become organized in a short period of time. The power struggle in Syria started to spread from civilian and political sphere to military sphere some six months after the outset of the uprising. As a result, dispersed military groups, which do not have a hierarchical structure, which act independently from each other and which are in control of only the neighborhood or village where they are, emerged. The struggle between the regime and the opposition started to be maintained through armed groups. And this situation brought along a relationship between external political opposition and internal military opposition in which military structure is more powerful and has more say. The military opposition that became organized in the country felt the need for a means, through which it could communicate with abroad. The political opposition organized abroad, on the other hand, strived to establish its legitimacy through the connection it established with military groups. Thus, military groups, which are close to each external political opposition and influential political figure, emerged.