That Night and Beyond: Shame, Mourning, Pride, and Victory Following the successfully thwarted heinous coup attempt, several points needs a closer look; how it started, and how Turkey as a country vocally showed how deep-rooted its commitment to democracy is and the counter-measures that are already been taken by the democratically elected government.

On the night of July 15, 2016, jets started their low altitude flights and simultaneously some military personnel and vehicles blocked the Bosphorus and Fatih Sultan Mehmet bridges in Istanbul. At first, rumours were about a stolen plane which might attack the parliament or a similar key strategic building. However, blocking the bridges raised questions which tried to be addressed as a multiple terror attack by ISIS or PKK. However within less than an hour thanks to a few footages on Twitter as well as PM Binali Yıldırım's statement on live TV broadcast it became clear that a small radical clique within the military attempted a coup acting against the chain of command. In a very short span of time, President Recey Tayyip Erdoğan, via FaceTime talks with several most influential TV channels, succeeded not only to show that he is aware of the situation, he is fine and the establishment is taking the situation under control. He also found the chance to reach out the people in order to encourage them to stand against the putschists. Even though before this call for resistance there were still a great deal of people on the streets, it significantly increased the amount. The following hours up to almost noon of the following day was like a nightmare for the people who seemed quite ready to face it. On the one hand, jets and helicopters attacked the parliament, the national intelligence service headquarters, police headquarters, special forces headquarters and ordinary people. Helicopters even used thermal cameras in order to locate and shoot unarmed citizens, hidden behind trees or walls just in order to be able to survive. What kind of a damage such heavy ammunition inflicted on people is beyond the words, something people on the streets would tell you if you sincerely ask what they lived that night. Make sure that they will do so –since I personally witnessed- without their felling of sadness triumphing over their pride even when they are talking about their much beloved friends and relatives deformed due to expectable impact of an helicopter fire on an ordinary people.  These were the very people, in spite of their friends and/or relatives were brutally martyred by these attacks, faced tanks, helicopters and automatic rifles with an unprecedented courage and commitment to democratic norms and values. More than 200 people martyred and around 2000 people injured in the people’s fight for democracy. Their resistance, grievances, injuries, the moments they bravely stood against the coup attempt still be felt while walking through the particular streets of Ankara where the attacks were focused. It is not so different from walking the streets of Sarajevo where a sworn enemy, indifferently, by using every military means it has at its disposal, but specifically making us of snipers, tried to cleanse a particular portion of the population just because of their belief system. You can still see bullet holes, bombing marks and destroyed and then rebuilt buildings. The difference is, this time in Turkey it was not a war, the attackers were served in our own army, they were educated and trained by the people’s taxes, they attacked our own people with our own guns and machinery, and it is 2016 we are talking about such an undemocratic, outdated, and brutal attempt, after numerous EU-acquis-related reforms were carried out over the years in order to avoid such an attempt.

As of now, the result was taking our democracy back from a group with a radical ideology and an outdated reading of the world which glorifies coups with a belief that it can be done via reading out an announcement in the state-owned TV channel, in 2016, where TV channels are numerous and social media and internet became the real mobilisers. At the end of the day, the coup attempt was orchestrated via WhatsApp and the resistance was encouraged by FaceTime, organised by social media, publicised via websites and video sharing platforms and so on.  With respect to the radical clique and its affiliations, FETÖ, with each and every new confession by the people arrested, more evidently stand out as the organisation which did not only have Turkish people live such a nightmare, but also put a great deal of effort to lay the ground for such an attempt by infiltrating the army since 1971, with increasing infiltration capacity with each following decade. Custody, arrest and suspension numbers are and will keep changing for some time but they accumulated to a vast amount more than fifty thousand, showing the organisation’s presence in judiciary, police, academy, military, and bureaucracy due to its years-long efforts. A key point, an important moment of disappointment also needs to be mentioned here. Comparisons with the Gezi protests were made by the people on the streets due to the lack of Western press and capitals’ support this time. Even though a country as a whole, with all its political parties, most of the military and almost all of its people rise for democracy, reactions from the leading Western newspapers and TV channels, were in a wide range of spectrum from even supporting such an attempt, to criticising people stand against it for their ideology and from analysing why the coup plotters could not succeed to being indifferent to claim that it was just a staged drama (a drama where hundreds of people were brutally martyred and thousands injured by heavy military machinery live on TV, where thousands of people agreed beforehand to be arrested once they failed, and where the ruling figures risked their lives due to armed attacks to their cars, helicopter strikes against their residences, and jet bombings against the Parliament). The response from the Western capitals were also regarded as being too late and too weak as if statements were not to be made earlier in order to see the “winner”. With “but”s, and “although”s, Western coverage after the attempt was again mostly focused on how religious language prevails among the resistance (even though all the opposition parties were there and the following week, the main opposition party CHP organises a meeting in Istanbul where the AK Party announced it will be there, too and the municipality which is led by AK Party announced that transportation will be free) and how the ruling party can tighten its grip. The principle of objecting a coup whenever the conditions are in a country in order to support democratically elected government and the will of the people even if you disagree with the ideology and/or policy choices of that government seems compromised. Within Turkey, similarly, reaction from intellectuals and academics were quite modest comparing to some major social developments Turkey experienced recently. Even though this list of silence can be extended, just to mention a few to see how they performed for future reference would suffice.

Now, it is the democratically elected government and the state establishment’s turn to try and punish the people who took part in this coup attempt within the boundaries of the “rule of law”. Investigations, arrests and custody processes need to be conducted with a delicate attitude in order to avoid any unlawful and counter-productive consequences. Without successfully eliminating as many as possible supporters of the organisation, repetitive waves could be possible. The military and intelligence structures were signalled to be subjects of a major restructuring and extradition of Gülen from was demanded from the United States with required legal files about him were presented as well as new ones which will be presented once confessions and trials were filed. Exams for entry to state organs, bureaucracy, police and military colleges will be under close scrutiny. Simultaneous, multi-dimensional efforts seem to be the way to go as well as the recently announced state of emergency (SoE), which would help the state to take necessary steps fast and more effectively, and leave these days behind us as soon as possible. Considering the fact that just in one year Turkey suffered from more than a dozen terrorist attacks by several groups as well as a coup attempt claiming hundreds of people’s lives and left thousands injured, and compared to France’s response to two major tragic terror attacks by extending its 6 months SoE for another 6 months, Turkey’s decision to declare 3 months SoE seems more than understandable. Criticisms about the decision coming from the very same press and individuals which were deadly silent or shyly supportive of the coup attempt speak for itself. The people’s commitment to democracy and its defence of its will as well as the state’s repeatedly stated commitment to rule of law without compromising its security and stability would act as major control mechanisms regarding this process.

Turkey’s display of how deep-rooted democratic values are in the society, political parties, and the majority of its military won the day. On the other hand, coup plotters and their supporters, as well as their instigators have to bear this shame of attempting to impose their will over the democratically elected government as the self-appointed guardians of whatever principle they fight for. Without forgetting the fact that the country has numerous martyrs and injured people who are the real heroes of the night along with the patriotic military personnel and police forces who stood against putschists, the people has all the rights to celebrate what they achieved and to show how the people can defend their democracy to the world. 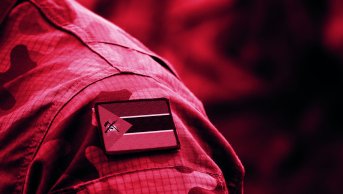 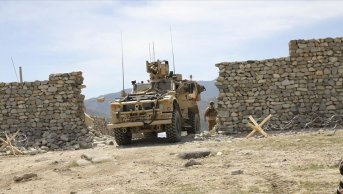 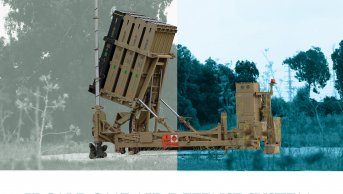 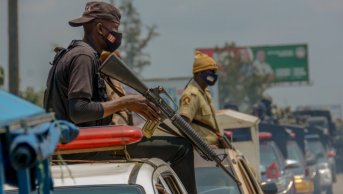