The Advance of the Islamic State and Syria 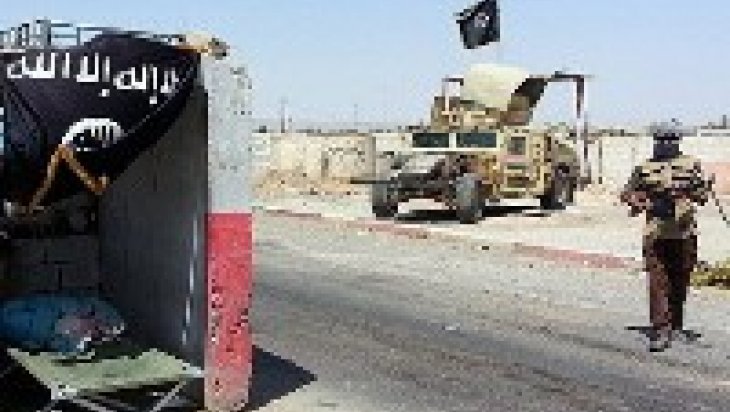 The Islamic State (IS) is originated in Iraq, even though it acquired notoriety in Syria. It is exactly because of this fact that it was able to move through Kirkuk, Salahaddin and Diyala towards the Iranian border, a short time after it captured Mosul. IS controls a swath of territory in Syria, starting from the north of Aleppo to Raqqa, the south of Haseqe and Deir ez-Zor. As a result of its latest attacks, it holds Mosul, Al Anbar, the outlying areas near Kirkuk, and some portion of the provinces of Salahaddin and Diyala. Thanks to its holdings in Mosul and al Anbar, IS controls a longer border line between Iraq and Syria.

In addition to the territorial gains, the quantity of resources under the IS control has increased in tremendous amounts. IS has captured most of the contested areas under the Kurdish Regional Government (KRG) control in Mosul, Kirkuk, Salahaddin and Diyala in a short time. These areas include some of the oil reserves of Mosul and Kirkuk and the Mosul Dam. The Pashmarga hastily withdrew, leaving behind its weapons and equipment just like the Iraqi Army’s withdrawal. IS has gained such a momentum that the fighting has reached to only 20 kilometers away from Arbil. Most of the people in Arbil, the capital of the KRG, abandoned the city, fearing for their security. IS’s assault towards Arbil has been prevented for now by the aerial attacks of the United States and the Iraqi Army.

IS’s increasing power in Iraq will impact the overall progress in the civil war in Syria. It will use the power it has gained in Iraq to strengthen itself in Syria just like it has utilized its power in Syria in order to gain ground in Iraq. The increasing power of IS will transform the nature of the Assad regime-IS relations, the confrontation between IS and the Syrian Kurds (YPG) and the regional actors’ perspectives towards the Syria problem. The elements of this transformation are as follows:

- The relations between the Assad regime and IS are controversial. It is possible to make this observation about the relations of the adversaries. Even though Syria is not the actor, who established and manipulates IS, its presence is favorable for the Assad regime and sometimes it even supports the regime indirectly by paving the way. One of the major arguments for this claim is that the Syrian Air Force does not bomb the IS-controlled territories, even though it attacks other opposition groups and civilians. At present, IS does not fight the government forces but it attacks the Free Syrian Army, al Nusra front and the Islamic Front, therefore the regime benefits from IS’s attacks on the opposition, which weakens them without any effort by the government forces. However, IS declares threats against Iraq and Iran, Syria’s longtime allies that support it. Therefore, the undeclared alliance between will be unsustainable for the regime. The Assad regime may receive pressure from its allies for disrupting the logistics of IS towards Iraq. Moreover, if IS increases its power and moves against the regime’s territory, they may have a confrontation. IS moves in the rural parts of Aleppo. It is expected that IS’s next strategic goal will be Aleppo. The regime and IS may fight in the city center of Aleppo.

- As the religious dimension of the Syrian civil war gained prominence, people from all over the world traveled to Syria in order to fight in the ranks of the regime or the opposition. The Iraqi Shiites are at the forefront f those, who go to Syria in order to fight for the regime. However, the Iraqi Shiites are under threat in their own country. Therefore, it is no longer possible for them to support the Syrian regime. In addition, the Iraqi government is no longer able to control the Syrian border. Previously, the Iraqi Army used to prevent the Syrian opposition in the Iraq-Syria border, allow the Shiite fighters to pass to Syria, and provide military aid to its allies as seen in the capture of the Yarubiye border gate by the YPG. Now, it is no longer present and IS controls the border. Therefore, Iran’s passage to Syria through Iraq is hampered as well.

- IS rose to prominence among the Syrian opposition forces for the last year.  However, its achievements in Iraq enabled it to rise far ahead of the other groups. Therefore, it may set aside the other groups and monopolize the power in the north of Syria. At present, the dispersed opposition structure of the northern front may be swept aside for the IS dominance. IS captured several strategic locations in the province of Aleppo, near the Turkish border. It controls the outlying areas around the city of Azaz. Azaz is along the main supply route of the Syrian opposition, therefore IS’s control of Azaz is going to change the balance of power in the western flank of the rural Aleppo. The Islamic Front currently controls the area. At present, IS directs its capabilities, attention and energy to Iraq. In the period ahead, if IS refocuses on Syria, it may move towards central Aleppo. Therefore, it will replace the opposition (Free Syrian Army, Islamic Front, Revolutionary Front and Al Nusra Front), who is about to lose their fighting dynamics.

- The most important effects of the IS advance in the Syrian Civil War will be about the conflict between IS and the Kurds (YPG). IS sought to capture the Kurdish settlements in Syria, especially Ain al Arab (Kobane) for a long time. It encircled Kobane and tried to capture the district center in July 2014. Even though IS held some outlying villages, the YPG forces prevailed in the district center. IS considers Kobane as the weakest link in the chain of three Kurdish regions. It seeks to hold all of the northern part of Syria by capturing Kobane, which is contained on three sides by IS. However, YPG was able to resist IS unlike the Iraqi army and the Pashmarga (the causes of YPG’s success are to be discussed in another article). For the reason that IS failed in Kobane, it may start a new offensive in Iraq. There is a geographical connection between the parts of Mosul under the KRG’s de facto control and the territories in Syria, where the Kurds live. However, since Sinjar and Yarubiye border gates were captured by IS, Fishabur border gate at the intersection of Turkey, Iraq and Syria borders remain as the sole point of contact. The Pashmarga has withdrawn from the areas in Mosul, which provided contact with Syria. Therefore, IS may exert extra pressure on Jazira, which is under the control of PYD/YPG, through Mosul. The KDP and PYD, which were rivals in the past, have come together due to the IS threat. Fishabur border gate is crucial for this cooperation. If IS captures Fishabur, the KDP and PYD will lose the means to send help to each other and Jazira will fall under intense pressure from both Mosul and Raqqa. It is exactly for these reasons that PYD and PKK support the Pashmarga.

- One of the effects of the ISIS advance towards the Kurdish settlements is that the Kurdish groups joined forces against the common threat. The cooperation between PKK and the KDP is the most obvious example for that. In the Iraqi Kurds’ perspective, they are under a serious threat and need military assistance of all kinds. However, for PKK/PYD, several factors are important. First, the attacks towards the Iraqi Kurds invoked nationalist sentiments and willingness for solidarity among the Kurds. Beside these factors related to the Kurdish identity, PKK/PYD had other concerns related to politics and their own security. Above all, PKK/PYD knows that the pressure on the Kurdish settlements in Syria and PYD will increase unless the IS advance is stopped. If IS expands inside the KRG borders, it is likely that PKK’s activities in the north of Iraq will be limited. Therefore, PKK/PYD answers the call of the Kurdish communities and helps the Pashmarga, while at the same time maintaining its own security. In addition, if IS is defeated by the assistance of PKK/PYD, PKK will be able to improve its currently weak influence and standing in Iraq. For these reasons, PKK and PYD forces reinforced the Pashmarga in Mahmur, Sinjar and Kirkuk. The impact of this situation on the IS-Kurds clash in Syria is that PYD has to go on fighting in a wider area, which will weaken its power and position in Syria. This development may shift the balance in Syria in favor of IS.