The al-Bab Test of the Euphrates Shield Operation 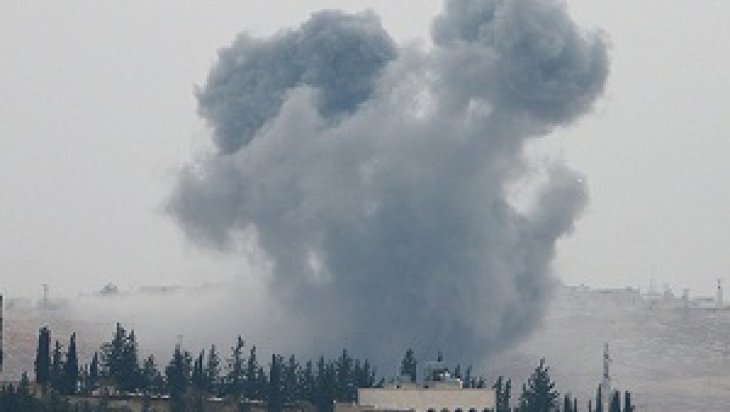 The conflicts are over in Aleppo, considered to be the critical threshold of the Syrian civil war. On the other hand, brutal conflicts continue in al-Bab.

It is obvious that Turkey’s next priority will completely be the Euphrates Shield Operation. Aleppo has been taken under control by the regime, which is a loss for Turkey but this development may paradoxically strengthen of Turkey-led offensive.

What will happen to the armed opposition leaving Aleppo?

The armed opposition groups leaving Aleppo have two options. Firstly, these groups may pass to Idlib and join the opposition groups led by Fateh al-Sham Front (previously called al-Nusra Front). Some groups have recently been uniting under Fateh al-Sham Front in Idlib and this trend may become more common upon the loss of Aleppo. The developments in the evacuation of East Aleppo will also lead several armed groups and the people in Idlib to unite under radical groups. On the other hand, Turkey will try to draw the opposition towards the Euphrates Shield. These debates have already broken out in Ahrar al-Sham, the most powerful group after Fateh al-Sham Front in Idlib. Ahrar al-Sham could be divided into two groups, one of which may unite with Fateh al-Sham Front and those who do not unite under the Front and are backed by Turkey may join the Euphrates Shield Operation.

The wider the area of influence of the Euphrates Shield Operation is, the higher the needs of Turkey and the Free Syrian Army (FSA) for fighters are. As a consequence, a dual structure may emerge in the opposition-held regions in northern Syria after Aleppo. On the one hand, there are radical groups based in Idlib under the leadership of Fateh al-Sham and, on the other hand, there are components of the Free Syrian Army Turkey’s Euphrates Shield Operation in the region between Azaz-Jarabulus line.

The compromise reached among Turkey, Russia and Iran becomes more meaningful at this point. In the compromise, it was stated that “Iran, Russia and Turkey reiterated their determination in their common fight against DAESH and al-Nusra and separation of the armed opposition groups from these organizations.” This article totally overlaps the above-mentioned image. Idlib is in the hands of many opposition groups together with Fateh al-Sham Front. Turkey-backed FSA components were associated with this structure in the fight against the regime. It becomes increasingly important how to distinguish between Fateh al-Sham Front and the other opposition groups in the following period. Turkey may assume a role in drawing the FSA components towards the Euphrates Shield. Finally, Russia may focus on the fight against Fateh al-Sham in Idlib while Turkey continues its offensive with the moderate front. This does not probably mean that Turkey will cut off its support and humanitarian aid to Idlib.

Al-Bab and the Aftermath

Turkey and Russia have continuously emphasized their common commitment to “cooperation against terrorism” in Syria. As for Turkey, this refers to cooperation in the fight against YPG. If Russia and Iran at least withdraw their objections in this matter even though they do not provide full support, this will strengthen Turkey’s hands in terms of al-Bab and Manbij.

The Euphrates Shield Operation has reached al-Bab and advance continues in the city center. It is known that the fight in al-Bab will be more difficult than the previous phases. No area is left for ISIS’ withdrawal in the rural areas of Aleppo and it will be trapped in the east of Syria when it loses al-Bab. The geographic importance of al-Bab also pushes the organization to resist. According to the information from the local sources, it is estimated that ISIS has left approximately 700 fighters in al-Bab. Furthermore, ISIS has prepared a number of bomb-laden vehicles in order to launch suicide attacks. This means that the Euphrates Shield Operation may face real challenges for the first time.

Al-Bab is important in several aspects. Above all, al-Bab may be the bridgehead for advancing on the east-west line in northern Syria. Therefore, Turkey and the Free Syrian Army that will capture al-Bab will have a stronger hand in Manbij, al-Raqqa and Afrin which are the following targets. Besides, Turkey which has lost ground upon the regime reclaiming Aleppo will also have the opportunity to sit at the table as a more powerful actor for a political solution in the medium term. On the other hand, if the FSA captures al-Bab, this will end YPG’s dreams of uniting with Afrin and forming a state-alike structure which has territorial integrity in northern Syria. For this very reason, the recent PKK acts in Turkey may not coincide with the encircling of al-Bab by chance.

East of the Euphrates and YPG’s fate

Despite the challenges arising from all these fields, it does not seem possible that ISIS can ultimately resist for a long time. The Euphrates Shield will reach its southern borders when the FSA seizes control in al-Bab. It can only advance towards the east and the west. Manbij will be the first phase. This time, Turkey will have to hold negotiations with the USA, instead of Russia, in Manbij. There is both direct US presence in Manbij and SDF/YPG which keeps Manbij under control is the closest ally of the USA in the fight against ISIS. Turkey’s advantage in Manbij is that YPG is deprived of US protection due to the promises the USA previously made.

It is important for Turkey that “the protection of Syria’s territorial integrity” is emphasized in the joint declaration of Turkey, Russia and Iran. What it means for Turkey is that a federal region will not be allowed under YPG control in northern Syria. The policy that the USA follows through YPG leads to the change of de facto borders in Syria. Turkey, Russia and Iran put emphasis on the territorial integrity and perform a common attitude against the policies of the USA and the West undermining Syria’s territorial integrity. YPG and the USA have initiated the second phase of al-Raqqa operation as a measure. The operation which was announced to be launched in order to isolate the city center of al-Raqqa rather gives the impression that it aimed at building a barrier between the Euphrates Shield and the city center of al-Raqqa. The USA and YPG already try to remove the border between the FSA and ISIS and to prevent Turkey from further advancing to the east in case it captures al-Bab. The USA will perform a different attitude in the east of the Euphrates in any case and will be more defensive in order to maintain YPG’s gains. It is obvious that the approach which has been followed so far on the basis of building a balance between Turkey and YPG is not sustainable.

Trump’s Syria policy will determine the fate of YPG-held regions in the east of the Euphrates. As Trump repeatedly did in the election campaigns, he underlined once again that “they would create no-fly zones in Syria” after winning the elections. Having escaped Turkey’s requests for no-fly zone for years, arguing that “it was not possible in military and financial terms”, the USA may be the ardent defender of this issue with different arguments in the new period. However, it should not be interpreted that Turkey’s requests are accepted. It is important where the no-fly zones will be created. One of these regions will most probably be those under YPG control in the east of the Euphrates and this means that YPG-held regions in the east of the Euphrates will gain “inviolability”. If this is a correct evaluation, Turkey may be expected to accelerate the Euphrates Shield Operation or to already initiate preparations for al-Raqqa.

What is anticipated in the Syrian civil war after Aleppo?

Civilians and armed opposition trapped in a small slice of east Aleppo continue to evacuate the region as a result of the ceasefire led by Turkey and Russia. The regime and its allies directed everyone towards Idlib when it forced the opposition to cease fire in any region of the country. The same situation was also seen in the evacuation of East Aleppo and both civilians and armed groups started to reach Idlib. The civilians and all the armed opposition forces were directed to Idlib for a long time, which means that Idlib will be the last phase where the accounts will be settled between the regime and the opposition.

There are disconnected opposition-held regions outside Idlib across the country but these regions do not have priority for the regime. Syrian regime is not concerned now about the territories under ISIS control since ISIS poses a problem for the USA and the world and these forces conduct the fight against it. Another problematic issue is YPG-held regions. There is a cooperation between the regime and YPG on the basis of non-conflict and military coordination in certain regions. However, the nature of the relations with YPG may change if the regime can defeat the opposition which it considers as a prioritized threat. YPG’s goal of forming a federal region under US control raises Syria’s concerns but the latter does not think that it is not yet time to fight this.

Within this entire image, it is too early to say that the end of the Syrian civil war is close after Aleppo. However, the compromise among Turkey, Russia and Iran promises hope for an image where everyone can come to terms at least in northern Syria. Turkey’s fading concerns about YPG will make it closer to a political solution. Russia will also think that it has reached its goals after settling accounts with Fateh al-Sham Front and Caucasian groups in Idlib. In Iran, at least the Revolutionary Guard does not believe that it has yet reached its goals in Syria. This segment aims at taking control in Syria through the militia as it did in Iraq. In this atmosphere, whether the compromise will be successful or not will depend to what extent Iran will stick to its compromise with Russia and Turkey.