The Implications of the Latest Developments in Syria’s Northern Front 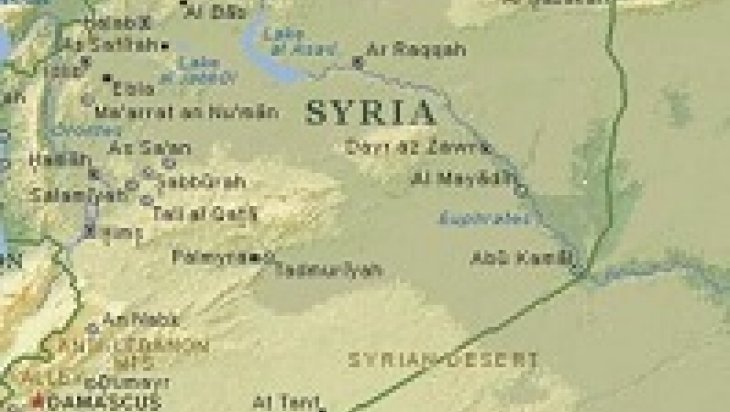 Three parallel developments are witnessed in Syria’s northern front. First is the advance by the Damascus Front in Aleppo and the Fatah Army in Idlib against the regime. These two factions have joined forces and planned to move their fighters south in order to take back Aleppo city center from the regime. However, as the second development, the ISIS started to move towards the opposition territories in rural Aleppo, seeking to fill the gap caused by the opposition fighters’ advances toward Aleppo. After the fighting, the ISIS advanced as far as Azaz, which is situated across the border from Kilis. The importance of Azaz stems from its proximity to the Öncüpınar (Bab es Selame in the Syrian side) border gate, which is the only contact point between Turkey and Syrian opposition. The loss of Azaz will also cause the loss of Bab es Selame, which will be the end of the opposition’s contact with the world. The Öncüpınar gate is vital for the aid provided to Syrian civilians, Aleppo and the opposition. The control of the gate will have effects in such a scale that it will tip the balance in the northern front and Aleppo city center. The first ISIS assault towards Azaz and Bab es Selame was repelled by the Fatah Army, the Free Syrian Army units including Turkmens, and Al Nusra. The operation for Aleppo was also postponed because of the ISIS attacks in the opposition’s rear. In this sense, the ISIS has provided a breathing space for the regime. The third development is the advance by the Euphrates Volcano, the joint operations room of the opposition and the YPG, the Syrian Kurdish militia towards Tel Abyad, which is situated across the border from Akçakale. The fighting has gotten close to the surroundings of the Arab-majority settlement. The coalition forces provide aerial support to the Euphrates Volcano – YPG joint assault.

The initial result of these three developments is the emergence of new immigration waves towards Turkey. Turkmen and Arab communities living alongside the border have been affected the most from the developments. The ISIS has captured many Turkmen villages after its advance towards Azaz. However, it had to retreat from these villages after the fighting. Numerous Turkmens fleeing from the fighting and massacre have taken shelter in the camp near the Öncüpınar gate and in Kilis with their relatives. Another immigration wave has emerged due to the clashes around Tel Abyad. Initially 3,500 Syrian Arabs entered Turkey through the Akçakale border gate. The immigration waves are likely to increase as the fighting intensifies in Azaz and Tel Abyad.

Another development is the change in the balance of power in the northern front of the Syrian civil war. The opposition is making gains at the loss of the regime in Aleppo and Idlib. Nevertheless, they have to fight in several fronts for the ISIS attacks against their rear. In this sense, the regime and the ISIS reinforce one another. When the opposition moves against the regime, the ISIS acquires advantages and when it presses its opportunity, the opposition pressure on the regime decreases. The fighting around Tel Abyad shows that the Kurds have initiated an offensive stage after having a defensive posture against the ISIS in Kobane for a long time. Similar to the situation in Kobane, the coalition air force is the decisive factor in the Tel Abyad offensive. It is clearly seen that the coalition forces adopt preferential treatment when selecting targets in the fight against the ISIS. While it provides air support for the Kurds’ advance in Raqqa, it provides none to the opposition fighting the ISIS in Aleppo. The main reason for this preference is probably al Nusra Front among the opposition in Aleppo and Idlib. Considering the regions and actors that the coalition supports, it is clear that it has chosen Kurdish militia YPG as its local partner. YPG explicitly states its aim of establishing a Kurdish autonomous zone in Syria by integrating its three cantons. Capturing the Aab settlement of Tel Abyad is very important for YPG in order to merge its control zones in Kobane and al Hasakah. Therefore, the coalition ultimately paves the way for the Kurds’ objectives through its air support against the ISIS and target preferences.

Another issue is the success chance of the anti-ISIS strategy that relies on air support for local actors. The coalition forces seek to liberate the Arab settlement of Tel Abyad from the ISIS, by giving air support to the Kurdish militia YPG. This move by the coalition does not take the local dynamics into consideration, and in the long term will fuel further crises between Kurds and Arabs. Local support is crucial for permanent control of a region by different groups. Therefore, the ISIS is able to hold Sunni Arab settlements, as YPG holds Kurdish settlements. It might be possible to push back the ISIS through air strikes in Tel Abyad, which also causes civilian casualties. Nevertheless, it is difficult to control the region permanently unless an acceptable alternative is presented to the local people. In addition, it will be a contested issue as to why some regions are omitted while others receive air support from the coalition. Preferential treatment about the targets is likely to weaken the legitimacy of the coalition’s fight against the ISIS in Syria.