The Parties in Libya around the Same Table 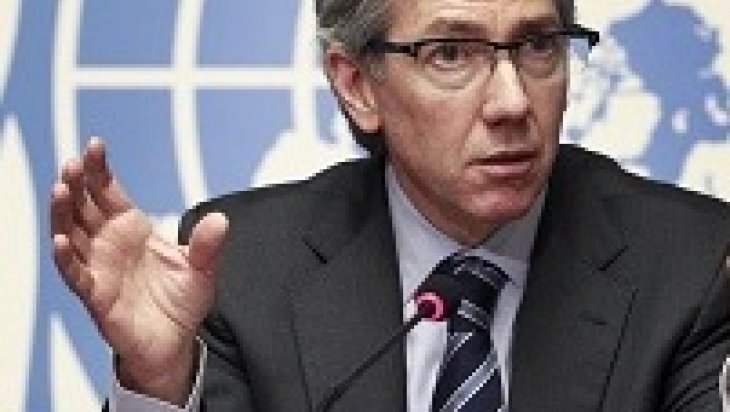 The rival parties in Libya came together around the same table for the first time at the recent round of the peace talks initiated by UN, which was hosted by Germany; and started the direct negotiations process. UN announced the final draft agreement on 8 June. This draft was accepted by General National Congress (GNC) in Tripoli, while this time House of Representatives (HoR) in Tobruk announced the draft as unacceptable. Despite HoR in Tobruk decided to boycott the talks due to the terms of draft agreement, some figures from HoR came and attended to the talks in Germany. In response, speaker of HoR, Faraj Abu Hashim, said that they have concerns about the draft agreement, and the figures attending the talks in Germany were not sent by HoR and were there due to their personal reasons. UN, which presented the previous draft agreement on April 28, pushes for reconciliation before the start of Ramadan. Special Representative of the Secretary-General for Libya, Bernardino León, said that the parties may reach a better draft agreement by continuing the negotiations; however Libya does not have much time. In addition Egypt, time to time, calls for a military intervention to Libya by showing the reason of border security. These two dynamics create a great pressure for the reconciliation of the parties in Libya. Hence, the introduction of direct negotiations among the Libyan rival parties is a crucial step in the peace talks brokered by UN with the Libya envoys of the five permanent U.N. Security Council members (USA, UK, France, China and Russia), Italy, Spain and the European Union.

UN-Brokered Peace Negotiations and UN’s Policy Shift
The UN-brokered peace negotiations, conducted in four different countries since September 2014, have shown a development process into four main phases. The negotiations started as a very narrow scope talks in Ghadames, then evolved to a wide range of talks and finally turned to direct negotiations in June 2015. The present situation is important for Libya, which dragged into instability and the civil war very rapidly after 2011; however it should be noted that the talks in Germany, Berlin is still impartial and do not cover all the parties in Libya.   Although international and regional actors put extensive pressure on the rival parties in Libya, it will not be possible to reach a final agreement without expanding the scope of the direct talks.  Hence, it would be beneficial to analyse the phases of UN-brokered negotiations.

HoR-oriented Initial Negotiations: The UN peace talks, brokered by Special Representative of the Secretary-General for Libya, Bernardino León, began in Ghadames, a southern town in Libya on 29 September 2014. The peace negotiation in Ghadames was limited to HoR members and 40 deputies who boycotted HoR, and GNC in Tripoli was not involved to this process. At this point, it should be noted that UN did not invite GNC in Tripoli to these talks. In in Ghadames talks, UN aimed to increase the GNC’s legitimacy as well as end the debate over the 2014 general elections by convincing the deputies boycotting HoR. However, despite the limited participation, the talks were deadlocked and a positive result could not be obtained.

Expanding Participation in Geneva Negotiations: Following the failure of HoR-oriented initial negotiations, UN presented a new approach by revising its policy. In this context, León decided to move the negotiations to Geneva and expand the scope of the participation. Both two governments and parliaments, representatives of city councils and militia forces were invited to the talks in Geneva held on 15 January 2015. GNC in Tripoli announced that they rejected to participate to the talks in Geneva; however some members of GNC and representatives of Misrata city council acted against this boycott decision and participated to the talks. Despite the breach of the GNC decision by some figures led to reactions, by doing so, their participation prevented GNC’s total isolation from Geneva talks and provided an indirect representation for GNC. GNC, leaving aside its initial attitude, announced that they may participate to the talks if the negotiations would continue in Libya. Inability to obtain a positive result after two rounds of talks in Geneva, the lack of willingness of the parties to compromise and the intensification of the clashes during the rounds of talks blocked the Geneva talks.

Inclusion of GNC to the Negotiation Process: Genava negotiations revealed that the impartial participation to the talks had a negative impact on the process, and then UN decided to consider GNC’s demands and had sought to include more parties to the negotiations once again. In this context, UN gave positive response to GNC’s demands. But then due to 3 suicide attacks in Kubbe town of Derna, located 250 kilometres east of Benghazi which was resulted with 47 people’s death, UN moved talks to Morocco. León aimed to increase the success chance of the talks with the active participation and support of regional actors by moving the talks to Morocco, Skhirate on March 2015. Following the first round of proximity talks held between 12 Mach and 26 March 2015, the parties started the second round of the talks on 15 April 2015 and began to negotiate framework notes of The Libyan Political Agreement draft. Meanwhile, the raid to Tripoli, organized by the forces loyal to Khalifa Haftar, who supported HoR, led to the interruption risk of the talks on April, 2015 during the second round of the talks. On 16 April, despite the GNC suspend its participation to the proximity talks, the second round also completed.

The Final Phase: Direct Negotiations and Balancing Policy:
UN aimed to strengthen the legitimacy of HoR in Tobruk, and in the context of this approach, brokered the negotiation talks in Geneva, and Morocco, Skhirate with a broad participation. Since the initial talks, UN is convinced that the legitimate political interlocutor, in a political resolution, should be HoR in Tobruk. According to UN, HoR in Tobruk is militarily more advantageous compared to GNC in Tripoli. According to UN, compared to the GNC in Tripoli, HoR in Tobruk, which has the support of forces loyal to Haftar, military units of Barqa federalist regional government led by Ibrahim Judhran, and Libyan Air Forces, could provide stability in Libya. Therefore, UN aimed to impose road maps, which formulated HoR in Tobruk as the legitimate sovereign power in Libya, to GNC in Tripoli. This road map had three main objectives. These objectives are the establishment of a government of national accord, the ceasefire agreement between the parties, formation of Libyan national army with the withdrawal of armed forces, the militias, from the cities. In this context, following the four-round talks, which started in Geneva and continued in Morocco, Skhirate; UNSMIL presented a draft to the parties at the end of April. The first title of this draft agreement involves the formation a government of national accord as well as the A Presidency Council for the Council of Ministers. The second title states that the parties will accept HoR in Tobruk as the legitimate legislative body, which constitute the whole Libyans. The third title includes the formation of the High Council of State, constitution drafting committee, national security council, and municipal councils.

On 28 April, GNC in Tripoli announced that they rejected the draft agreement offered by the UN, while HoR in Tobruk declared that they would accept the draft. GNC harshly criticized UNSMIL, demanded a new appointment in place of León, and accused UN as taking side in the dispute; all these responses indicated that GNC would not accept the draft agreement. As a result of GNC’s objections, UN decided to revise the draft agreement and created a new road map which could meet with the demands of GNC on 8 June. The most significant revision of the final draft is the new attachments to the High Council of State, which became a parallel organ to legislative body, HoR. For example, according to the final draft, the vote of no confidence against the Government of National Accord requires the agreement of two-thirds of the members of HoR as well as the High Council of State. In addition the High Council of State’s opinions will be binding for HoR. The context of this binding opinion is not defined specifically, hence application will determine if it will be veto power or revision power of laws. Naturally, the draft agreement was accepted by GNC, but this time rejected by HoR. The scheme is wound back to the Geneva talks. But this time, GNC has decided to participate to the ongoing talks, while HoR announced that they will boycott, however this decision drilled by some groups and thus a partial participation to the talks had realized.

In consequence, the UN's approach to the Libyan parties has completely changed with the final draft agreement released on 8 June 2015. In this final draft agreement, the HoR-oriented approach of UN  was abandoned, and an new approach aiming a balance among the parties has emerged. The new structure proposed by the final draft raised serious problems. In addition, this draft is far from being final text which can reconcile the parties. Hence it is possible to estimate that there is going to be some revision in the draft. The direct negotiations between the parties will largely shape these possible revisions. Although the UN put the beginning of Ramadan month as the deadline, the vital issues such as impartial participation, the high number of controversial issues, the multitude of vague statements in the text, the lack of titles including resource share illustrates that the process could take much more time.