The peak point of Tension in Iraq: Kirkuk 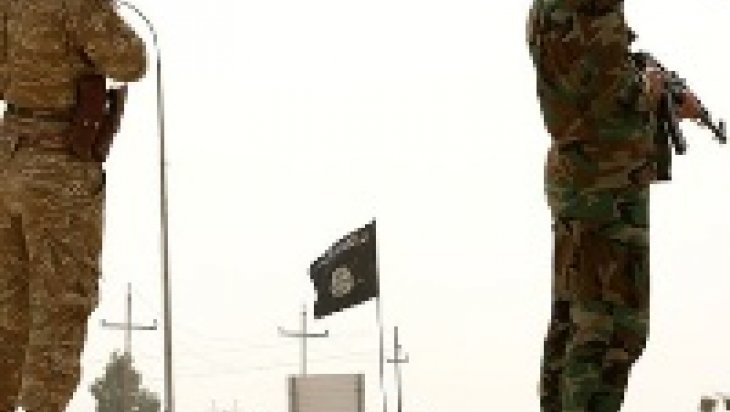 With the attack and invasion of Islamic State of Iraq and Sham (ISIS) on Mosul in June 2014 pressure on Kirkuk has gradually increased. Kirkuk, maybe the most controversial city in Iraq, is now under the threat of ISIS.  While ISIS continues its activities around Kirkuk, it is not wrong to say that the tension at the city center is at its peak. After the 12th Brigade of Iraqi army left the city, security is maintained by the Kurdish parties, Kurdish Democrat Party (KDP), forces loyal to Patriotic Union of Kurdistan (PUK), local policy connected to Ministry of Interior of Iraq, and peshmerga, sent by The Kurdistan Regional Government (KRG) to Kirkuk.  However the danger of ISIS is not too far from the city. ISIS is located 8-10 km. away from the city on the Mullah Abdullah region on the way to Tikrit.

The fact that Tikrit is one of the main operation centers of ISIS, and town of Havice between Kirkuk and Tikrit accommodated by Sunni-Arabs, is one of the strongholds of ISIS, is increasing the pressure on Kirkuk. Because the ISIS threat is so close to the city the fear of a leakage by ISIS is prominent in the city center. Almost every day rumors of a suicide bomber or a bomb-equipped vehicle leaked by ISIS into the city are enough to cause worries among the public. Uneasiness in the city is increasing with the air attacks by coalition forces led by America and Iraqi Air Force around Kirkuk. With the sounds of operations, the perception that ISIS has started moving and will enter Kirkuk is appearing. This perception also causes some positive steps in Kirkuk. The fight against ISIS seems to unite all sides in the city.       Although there has not been any serious attack on Kirkuk after the invasion of Mosul by ISIS, operations against ISIS in Kirkuk, believed to be the most special city in Iraq, continues in full speed.  Especially the local police and Counter-Terrorism units have been conducting numerous operations in the city center. It is especially crucial mention the contribution of Turhan Abdurrahman, head of the Counter-Terrorism unit and the vice managed of the police forces in Kirkuk. In Kirkuk, where the influence of the central Iraqi government is non-existing, the success of operations and struggle against ISIS by General Turan Abdurrahman, a Turkmen, is appreciated by all sides. The counter-terrorism unit commanded by General Turan Abdurrahman is also the coordination center of operations against ISIS. Even in the air strikes by the coalition forces and United States the coordination center plays an important role.

Moreover, it is a fact admitted by everybody that a campaign against ISIS without the air strikes is very hard. On the other hand, impact of Shia militias named Hashti Shaabi described as “Voluntary Forces”, is apparent around Kirkuk.  Especially the fight of Shia militias against ISIS around areas such as Daquq and Tuz Khurmatu outside Kirkuk is felt strongly. It is rumored among the public that these forces are supported by Iran.

Threat of ISIS on one side Political issues on the other

Despite the union against ISIS it is hard to say that the political issues in Kirkuk have been overcome. The events happened during the Kirkuk visit of parliament leader Selim Cuburi in December 9th 2014 are a sign for that. During the visit Selim Cuburi and the council with him conducted a meeting with Turkmen, Christian, Arab, and Kurdish representatives in the Kirkuk city parliament.  The discussions of the Kirkuk’s identity in the meeting have become the main topic. Although Cuburi stressed the Iraqi identity of Kirkuk, one of the Kurdish officials describing Kirkuk as a Kurdish city, then head of the Iraqi Turkmen Front and Kirkuk representative Ersat Salihi describing Kirkuk as a Turkmen city against Kurdish official, increased the tension.  As a result Cuburi could not continue the meeting and chose to meet with the representatives individually. Even this event is enough to show the level of disagreement in the city.

Soon after the meeting during a flag parade in Kirkuk University, Kurdish students conducted demonstrations in military uniforms and conducted unsavory actions towards other groups leading to conflicts between Arab and Kurdish students, which resulted with death of an Arab student. It is important to state that Turkmen students kept their temper during these events. Actually, Turkmen students anticipated such action and did not go to the school that and they did not involve in the events.

Turkmens the Most Effected Ethnic Group

As well known Turkmens are the only group without firepower not only in Kirkuk but all around Iraq. Therefore, they are the most effected group from the violence in Iraq after 2003. Also, it has to be mentioned that Turkmens have been affected the most by operations against ISIS. Being under a direct threat from ISIS Turkmens in Telafer, Mosul, Tuz Khurmatu and towns around them such as Yengice, Karetepe, Amirli, also towns around Kirkuk such as Daquq, Tuz Khurmatu, and Besir had to migrate involuntarily. It is possible to say that this situation has changed the geographical distribution of Turkmens. The threat is also a fact for the Turkmens in Kirkuk.  Even if Kurdish majority forces maintain the security for now, it seems that the sustainability of the security is going to be challenging.

On the other hand after the Head of Kirkuk Provincial Parliament Hasan Turan becoming a representative, it is unsure if the position will be given to another Turkmen. It is known that especially Arabs want the position for themselves. Also the Kurds are trying to maintain the status quo by claiming that Turkmens are unable to agree on a candidate, because in the current situation one of the Kurdish members of Kirkuk City Council Rabwar Talabani is holding the position temporarily. The governor of the city being Necmettin Kerim who is Kurdish, gives the two of three most important seats in the city (governor, vice governor, head of the city parliament) to the Kurds. Since the vice governor of the city is an Arab, Turkmens are out of the political arena in the city. Besides, nobody has been elected for the Kirkuk Town Council Presidency after the death of former president Munir Kafili in an assassination. The situation is making hard for Turkmens to be involved in city politics.

Besides, in the event of an ethnic tension Turkmens being unarmed can make them an easy target. Kurds already have armed forces and it is known that Sunni Arabs have weapons and resisting power. In this situation, the question that in such an event who will protect the Turkmens comes up. Therefore, Turkmens recently have been demanding to create an armed group to protect themselves consisting of only Turkmens from the central government, Turkey, and international forces. But Turkey’s stance on the issue is very clear; Turkey will not provide any weaponry to anybody and will not support such action.  Turkey even opposes the firepower assistance by US and coalition forces to Iraqi government and KRG.  Turkey is aware that the aid can increase the violence. At this point, Turkey’s main stand on the issue is around a political solution.

The risk of ethnic and sectarian tension

In Iraq politics and security cannot be separated.  It is not a coincidence that the main reason for the appearance of ISIS is considered to be the fact that Sunni-Arabs have not been able to integrate into politics.  Thus, a political agreement on Kirkuk is essential, because, conflicts around Kirkuk do not happen only among the active political groups. Especially the increasing effect of Shia militia group Hasti Saabi around Kirkuk with the support of the central government is causing issues with peshmerga . For now there are no Hasti Saabi militias in Kirkuk. But, they are gaining influence around Kirkuk.  The tension between Hasti Saabi and peshmerga forces after the murder of a Kurdish religious leader in Tuz Khurmatu is a clear sign of the conflict between these two groups.

The reflection of this on Kirkuk will be the increase of ethnic and sectarian tensions. It also has the potential to negatively affect the agreement between Baghdad and Erbil on budget and oil made in December 2nd.  It is important to remember that one of the conditions of the agreement was about the oil in Kirkuk. Besides, the fact that the main force of the Hasti Saabi militias consists of Shia Turkmens is another part of the tension.  The situation can increase the risk of ethnic and sectarian conflict in Kirkuk. All these risks can bring the Kirkuk to the center of politics in Iraq after ISIS. Actually, there is still ambiguity on the status of Kirkuk, and if the ISIS threat is terminated it will be hard to hide the ambiguity.