The Siege of Aleppo and Its Potential Consequences 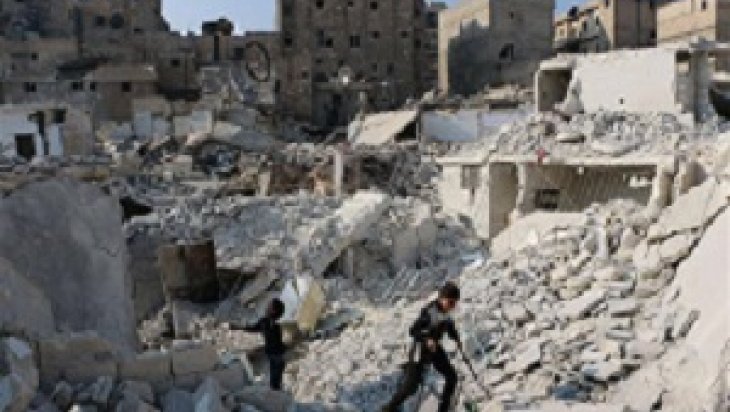 During the initial phase of the Russian involvement in the Syrian civil war, Russia focused on the immediate surroundings of the regime controlled areas and Northern Latakia that enabled access to the Mediterranean. The Syrian regime had made significant gains thanks to both Russian and foreign militant forces’ support. Since September 2015, the beginning of the Russian involvement in Syria, the Syrian regime expanded its territory and has acquired the moral superiority. In contrast, the regime’s advance was stopped in June and July new frontlines started to emerge. For example, the regime forces supported by Russia and militia groups maintained their advance in the Mount Turkmen of Latakia until mid-February. The opposition forces who retreated to Kabbani in the Kurd Mountains managed to stop the regime’s advance there. The frontline in Kabbani is still maintained and the opposition was able to capture several settlements in recent weeks. The regime aims to move towards Jsr al Shukr and Idlib from that position.

At the same time, Russia and the Syrian regime have been continuing their operations to encircle and finally capture Aleppo, the second largest city in Syria. The Syrian Army and the militia groups managed to capture Nubul and Zahra situated in the north of Aleppo city in February 2016. It has severed the opposition’s geographical link between central Aleppo and Azaz. Also Turkey has lost its connection to Aleppo. After Nubul and Zahra fell to the regime, the contact of the opposition in Aleppo with the outlying regions was maintained through the line known as the Castillo road. The opposition was able to reach Idlib and Turkey along a narrow pass north of Aleppo city center.

The difficulty involved with the capture of Aleppo is the possibility of a humanitarian crisis that would result from an operation supported by Russian airstrikes against the city center of Aleppo where a large number of civilians live. For this reason, Russian and the regime have been carrying out a war of attrition for the last three months by airstrikes against the opposition controlled areas in Aleppo. The airstrikes bombed the targets that would force the people of Aleppo to migrate. Accordingly, hospitals, schools, bakers were targeted in order to ensure that people will be deprived of basic services. Despite the war of attrition, it is estimated that approximately 300,000 civilians still live in the opposition controlled areas of Aleppo. Therefore, a humanitarian crisis is expected as a result of the operation. The Syrian regime and Russia seeks to force the opposition to surrender by encircling Aleppo not because of the prospects of a humanitarian crisis but because of an international pressure that it might trigger. A similar strategy was utilized in Homs where the regime forces achieved success. Iranian and regime forces had encircled Homs once the center of the uprising, severed the logistic support lines and enforced the surrender of the opposition forces after a siege. According to the deal agreed upon by the sides, the opposition had laid down their weapons and abandoned the city without harassment by the regime. Now, the regime seeks to achieve the same situation in Aleppo. The regime forces had captured Nubul and Zahra, severing the opposition’s contact with Turkey. It has launched operations in June 2016 against the Castillo road with heavy Russian air support. Consequently, the regime forces approached the Castillo road and acquiring the opportunity for firing upon the opposition’s route in and out of Syria. PYD/YPG has also joined the encirclement operation by the regime and received Russian air support. YPG launched offensive against the opposition from the Sheikh Maqsoud neighborhood near the Castillo road. The opposition faced attacks by the regime from the north, by YPG from the South and by Russia from the air. They sought to halt the regime’s offensive by counterattacks yet, as of the end of July, Castillo road fell and Aleppo was fully encircled. The regime started to drop airborne leaflets in the opposition controlled areas calling the people to abandon the city. Similarly, Assad declared that the opposition fighters who lay down their weapons will be granted amnesty. Thus, the regime seeks to wear down the resistance of both the civilians and the opposition thereby ensuring their surrender and the capture of the city.

In the period ahead, it is unlikely that the civilians in the opposition controlled areas will manage to resist the siege for a long time. The humanitarian conditions in Aleppo city that is already suffering from a war of attrition and a humanitarian crisis for years will only worsen. The regime will not allow the entrance of humanitarian aid into Aleppo in order to force people to migrate. The regime declared that three corridors for civilians and one corridor for armed groups will be provided. In contrast, these calls do not resonate among the general public and the armed opposition. Besides, it is estimated that civilians can only resist for two more months even though it is difficult to utter exact numbers. Yet, the armed opposition has the will and capacity to resist longer. Even though they are besieged, they have opportunities to receive fighters and weapons from outside. Another disadvantage for the opposition is that Turkey’s attention focused inwards after the failed coup attempt. That will likely trigger a halt in Turkey’s interest and support in Syria. Though, the resistance in Aleppo will continue regardless of Turkey’s support thanks to its own dynamics and other countries’ support. For Turkey, the most severe aspect of the siege of Aleppo is the possibility of a mass migration wave. Civilians faced with a dire humanitarian crisis will have to abandon Aleppo and move to Idlib or to Turkey through Idlib and Afrin. It might also trigger a new flow of people toward Europe through Turkey.

As of the current situation, the regime controls the western portion of the city center, while the opposition controls the eastern part. If the regime captures the entire city center, the opposition will suffer a great psychological and military loss. The capture of Aleppo will grant the captors moral superiority since it is the largest city and the center of the uprising. Futhermore, the opposition will be stuck around Idlib if Aleppo falls. Regime forces and Russia will seek to move against Idlib from Mount Turkmen in the east and from Aleppo in the West. If they capture Idlib, the opposition will be marginalized and the Syrian civil war will be reduced to a conflict between the regime and ISIS. After the capture of Aleppo and Idlib, the Syrian territory except the PYD/YPG-controlled zones will largely be split between the regime and ISIS. That will change the course of the civil war in favor of the regime while at the same time making Russia the strongest actor in Syria.

Aleppo is a much larger city than Homs and the opposition controls a bigger territory. All these considered, it is likely that the siege of Aleppo will take a long time. If the resistance prolongs and the city is not totally controlled, the will of Russia and the regime might be eroded over time. If the resistance succeeds, the external actors might be motivated to give greater support. Therefore, the regime and Russia might be persuaded for a political solution when they understand a military solution is no longer possible. Under such circumstances, Turkey’s importance for a political solution for Syria will increase as well.