The Strategy for Ousting the ISIS from Mosul 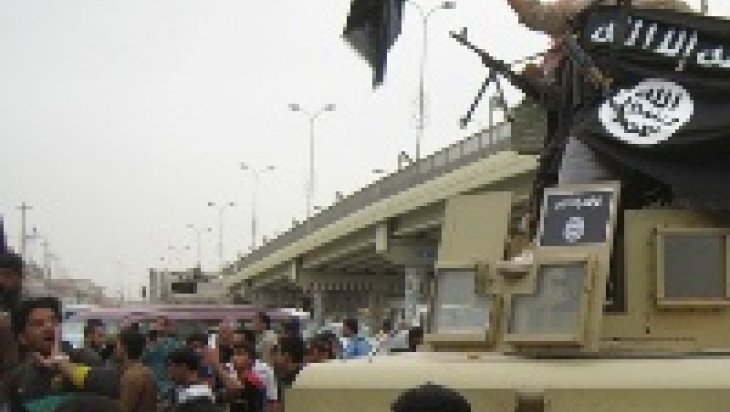 A new period in Iraq has started with the Islamic State of Iraq and Syria (ISIS) launching an operation in Mosul on 6 June 2014. New debates sparked on politics, security and administration of the country. While it is still active in Iraq, the shape of politics and allegiances will shift in the post-ISIS period. Even though the ISIS poses a common threat, all political factions prepare for the period after the ISIS threat. They all are poised for the near future, in which they think the ISIS problem will be eliminated one way or another. However, there is a big problem at hand about how Mosul will be recaptured.

Mosul has completely been transformed into a fortress of the ISIS. For the time being, neither the Iraqi military nor the government-backed Shiite militia nor the Pashmarga plan an operation for the city center of Mosul. The US-led coalition forces carry out only air operations in Mosul. As of the current situation, a land operation is unlikely unless Mosul’s connection with its surroundings is severed.

Mosul is a puzzle for all factions in Iraq. For this reason, a land operation into Mosul is possible only when it is completely surrounded. However, the vicinity of Mosul is still controlled by the ISIS. The power of the ISIS presence around Kirkuk was laid bare in its Kirkuk offensive on 29 and 30 January 2015. It seems that the ISIS maintains its offensive power, despite all the setbacks it suffered.

The Kirkuk offensive clearly showed that neither the Pashmarga nor the Iraqi military nor the militia can hold ground against the ISIS on its own. Even the air operations were ineffective due to the foggy weather. For these reasons there are several matters to be handled before an operation into Mosul.

What should be done before the operation?

As it is mentioned above, no faction in Iraq has the power to tackle the ISIS on its own. For the fight against the ISIS, the foremost condition is aerial and land support. The only way is allegiance to a common cause, leaving behind all political disagreements in Iraq. Uniting under a common cause does not mean that they will have the power to eliminate ISIS though. A regional anti-ISIS cooperation is needed besides the international coalition and all Iraqi factions. However, deepening political rift in Iraq hinders such a move. In the wake of ISIS, Iraq is undergoing a significant transformation in its demographic structure and field dominance.

The Pashmarga security force of the Iraqi Kurdish Regional Government (KRG) extended its dominance towards the disputed areas around Mosul and Diyala. Besides, a great nymber of militia forces emerged as a result of the Iraqi military’s failure against the ISIS. The government of Haider Abadi started supporting the groups that fight against the ISIS. The Iraqi government supported the popular militia, Hashti Shaabi (Voluntary Forces), which was formed by the Shiites after Ayatollah Ali Sistani’s fatwa, in order to the Iraqi military. They fought against the ISIS in many battles in the place of the Iraqi army and acquired a strong presence in the region between Baghdad and Kirkuk.

The Iraqi government sought to make deals with the Sunni Arab tribes against the ISIS in the provinces of al Anbar, Diyala and Salahaddin. In Salahaddin, a unified front against the ISIS has been formed with the participation of the Sunni tribes of Juburi, Hamdani, Liheib, Kuwaysh, Ubaidi, Isravi and Habesh. It is of vital importance that harmony and reconciliation between different groups should be maintained in order to prevent a conflict in the period after the ISIS.

An important issue in the fight against the ISIS is that the security in the recaptured places must be maintained and the ISIS must be prevented from reacquiring these places. Another necessity is the continuity of the operations against the ISIS. The continuity of operations requires high level of coordination among the partners. However, for the moment, there is no such coordination. Even at the same frontline, different factions place their forces separately.

As it was the case during the ISIS’s Kirkuk offensive, air operations remains limited at times. Therefore, land operations are very important for the fight against the ISIS. It is vital that the partners carry out strong land operations. Severing its local support base is another dimension of the struggle.

It is obvious that the fight against the ISIS needs a comprehensive strategy. As of the current situation, ISIS retains its power even though it suffered setbacks in Tiqrit, Diyala, Baghdad and Mosul. It has a strong detachment, particularly in Mosul. Mosul stands as a logistical base for ISIS’s power in both Syria and Iraq. Its power around Mosul must be annihilated before any action is directed against the ISIS presence in Mosul. Almost everyone, who fights against the ISIS, agrees on this point. For the Iraqi army, Pashmarga and other groups, it is also an opportunity for gaining valuable time, in order to prepare for the operation towards Mosul.

The Iraqi government is aware that the Iraqi army is not ready for an extensive fight against the ISIS. Prime Minister Abadi had already mentioned that the Iraqi army needed one more year of training. The Iraqi army, meanwhile, receives both training and restructuring at the same time. Some Iraqi officials that we have met stressed that if the area around Mosul is captured, ISIS will give up Mosul without a resistance. There are rumors about an operation into Mosul in April or May 2015. However, there is not an agreement on this. KRG Prime Minister Nechirvan Barzani stated that the earliest timetable for an operation into Mosul is autumn of 2015. US President Barack Obama stressed in its strategy that the fight against ISIS might go on for three years. For this reason, it is hard to retake Mosul from the clutches of ISIS.

For the long term, it is even harder to expel ISIS from the Iraqi territory. Its mentality has grown roots in Iraq. ISIS is not a problem of today. It acted under various names since 2003 and generated a great deal of support from the people. For this reason, the political integration of the Sunnis is very important. Demands of the Sunni people, who now live under the ISIS rule, must be taken into consideration, once they are liberated. Nouri al-Maliki’s governments oppressed the Sunnis and caused ISIS to grow roots among the population. In order to eliminate ISIS, the root causes must be addressed.

Considering the role of social, political and economic factors in the emergence of ISIS, the struggle against it must include reforms in these areas alongside military measures. There are discussions about a looser federation in Iraq, which includes autonomy for the Sunnis in their majority regions.

For example, Prime Minister Haider al Abadi announced a plan for a provincial “National Guard”, which will conscript a province’s inhabitants for their own protection. However, the “militia” tendency worries all the groups other than the Shiites. It also leads to a trust crisis. For this reason, the fight against ISIS must incorporate a systemic and comprehensive approach in order to prevent further conflict dynamics after ISIS.