The Troublesome Role of Militias in Mosul 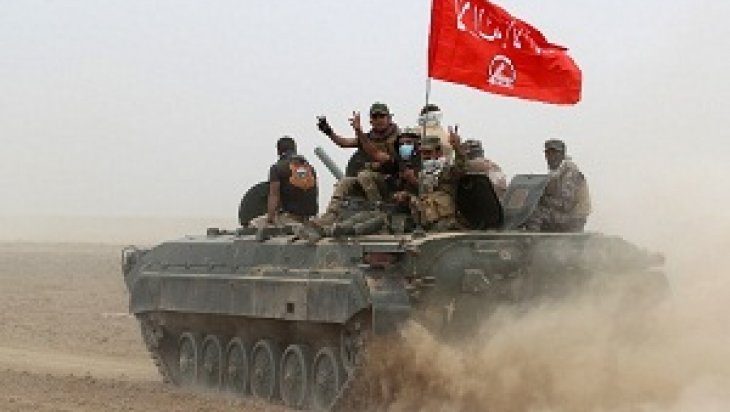 Iraqi security forces and peshmerga have made unexpectedly quick progress in Mosul against Daesh. In fact, Iraqi Prime Minister Haidar Al-Abadi made a statement indicating that the advance of the Mosul operation was progressing far sooner than expected.

The rapid advance of the operation to clear Mosul of Daesh raises several tough questions. Although territory has been gained within areas outside the city centre of Mosul, there have not been any significant town centres captured by the peshmerga, aside from Bartella.

Almost one week after the Mosul operation began, a statement from the US claimed that the operation has been brought to a halt as Iraqi security forces reposition and call on reinforcements. The following   day, Iran, which had clearly stated that they will not be a part of the Mosul operation, set up a new front against Daesh on the southwest of Mosul with Iran-backed Shia militia groups. This front included Al-Hashd Al-Shaabi, also known as the Popular Mobilisation Forces (PMF), and the Federal Police.

The PMF declared that they will partner with the Federal Police and advance towards Tal Afar, which is located west of Mosul and consists mostly of Turkmens, and would be in charge of the rescue operation in Tal Afar. Within a period of two days, almost twenty villages along with the district of Al-Shura, located southwest of Mosul, was recaptured from Daesh by PMF and the Federal Police. However, this territorial sweep has raised several issues.

Firstly, the control of the Iraqi central government over the PMF ought to be re-examined. What should be questioned is the Iraqi government’s influence and control over the militia groups within PMF, which has been subordinated to the Prime Ministry of Iraq by the Iraqi Cabinet.

Previously, the PMF has been highlighted in various international human rights reports with regards to its inhumane and sectarian violence in areas recaptured from Daesh and where a majority of Sunni Arabs lived such as Tikrit, Baiji, Anbar, Ramadi, and Fallujah. Amnesty International has also reported that PMF were kidnapping civilians for financial gain.

A Human Rights Watch report clearly illustrates the violence committed towards civilians by the PMF. In Karma and Saklaviye, which is under the control of Al-Hashd Al-Shaabi, it has been documented that civilians were subject to abductions and death by having their throats cut, death by firing squad, burning and being buried alive. It has been recorded that more than 1700 males in Saklaviye alone were abducted and tortured by PMF.

In a United Nation’s report dated August 2014, the abduction and murder of a Sunni mosque imam by Shiite militia groups was evidenced in full detail.

Addressing the issue, the Prime Minister of Iraq, Haidar Al-Abadi, stated that “some mistakes were made”, and although he accepted the incidents, it was clear that he could not impose sanctions on members of PMF in the government. In fact, quite to the contrary, it is plausible to state that PMF has evolved into “a shadow government” in Iraq.

These incidents justify Turkey’s concerns with regards to the PMF. Their unregulated and uncoordinated operations will aggravate the fight against Daesh in Mosul as well as cripple the political and social balance of Mosul in a post-Daesh scenario. It is a known fact that during the US-led negotiations of the coalition forces with regards to Erbil and Mosul there was a decision taken that PMF was not to be a part of the Mosul operation.

Considering that the majority of Mosul is Sunni, the risk of a sectarian conflict increases. Qays Al-Hazali, who is the leader of the group Asaib Ahlu’l Hak (Khazali Network), which is one of the groups within the PMF, has gone on record saying “the Mosul war will be revenge of Hussein”. This sectarian approach carries great significance in terms of the future of Mosul and Iraq at the hands of the PMF.

A relevant example of this was the operation to recapture Ramadi, a town mostly populated by Sunni Arabs. Ramadi was retaken from Daesh and then had its demographic makeup almost completely altered, and tellingly, the operation was undertaken with the code name of “Labbaik Ya Hussein” (we are in your command, Hussein).

On the other hand, the PMF has been directly targeting Turkey. Their leaders have been threatening Turkey and even claiming that they are capable of striking Turkish soldiers located in Bashika and that they are also capable of carrying out attacks within the borders of Turkey if necessary. However, Turkey has taken its place within the Mosul operation as part of an international coalition. If PMF attacks Turkey, it will be considered an attack on coalition forces. In that scenario, the success of the Mosul operation will be weakened and obstructed.

This situation carries with it many risks including sectarian tensions and ethnic clash. Skirmishes could break out between Turkmens and Arabs, and when you consider the presence of the peshmerga in Mosul and its surrounding areas, there is also a great possibility of tension between the Kurds and the Arabs. The tensions between PMF and the peshmerga have already been observed in Tuzkhurmatu, Hanaqin and Jalaula.

This situation also bears the risk of inflaming regional conflicts. The Iraqi Shiite militia groups are fighting against both Daesh and opposition forces in Syria in support of Bashar al-Assad. By way of the Mosul operation and the expansion of the conflict, the incitement of sectarian  fighting in Syria may also lead to conflict between fighters on both sides in Syria. This situation may also lead to an increase in tensions within the region.

Despite all the efforts of institutionalising and legalising PMF in Iraq, this group has become an uncontrollable and parallel pillar of the Iraqi government. If Iraq desires to be a stable state, then it ought to learn from the past, and take steps in the institutionalisation of the state rather than attempting to legalise non-state organisations. Otherwise, Iraq, which has the potential to contribute to regional stability, will continue to be an element of instability.

The viewpoints expressed by the authors do not necessarily reflect the opinions, viewpoints and editorial policies of TRT World.