The Turkmen Rights Law in Iraq and the Future of Turkmens 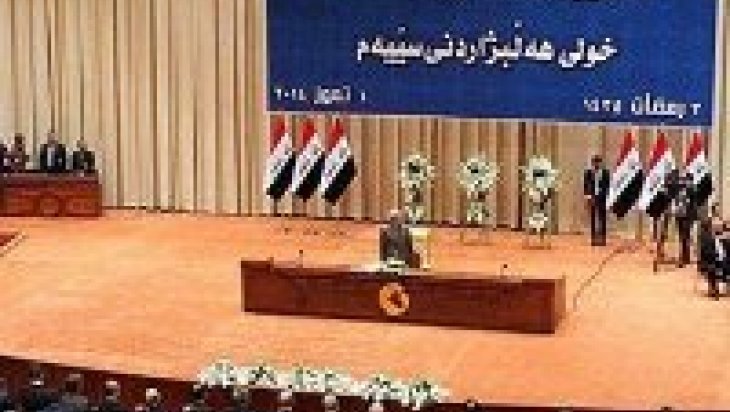 The Turkmens, who lacked the prominence they deserved in the Iraqi politics after 2003, have been directly affected by all negative developments such as inequality of opportunity, political oppression, violence and terrorism as well as political polarization in Iraq. Because of their demographics and habitations, the Turkmens have found themselves at the midst of middle of ethnic, religious, geographical, administrative, political and economic conflict dynamics. There were efforts to weaken the Turkmen identity, while the Turkmens, due to their religious identity, were dragged into the position of the objective and instrument of sectarian conflicts. Thus, they were unable to become an influential actor in the Iraqi politics, which were founded on ethnic and religious basis after 2003. Whereas, no other political group than the Iraqi Turkmen Front has been able to represent the Turkmens in the Iraqi parliament, some Turkmens have sought to assert their identity through participating in grand political groupings. However, the stark polarization in the Iraqi politics has prevented the Turkmen politicians conduct their activities for political masses under the Turkmen identity. Some of the Turkmen politicians in grand political coalitions had lesser influence on their constituency and spent inadequate effort for bringing Turkmen issues to the agenda. Thus, the problems of the Turkmens have increased over time. While they tried to get involved in local politics in order to solve their problems, they did not achieve much in solving their problems within the Iraqi politics. It is the first time after 2003 that the Turkmens have made a study on the Turkmens’ rights and moved it into the Iraqi parliament’s agenda. As a result of the efforts by the Iraqi Turkmen Front, the Iraqi parliament held a special Turkmen session on 21 April 2012 for the first time in its history for hearing the problems and demands of the Turkmens. The proceedings of this session have been published in a report (1). After the ratification of this report by the parliament, the preparations for the Turkmen Rights Law started. Officially called “Regulation Law for Turkmen Rights”, this law was legally based on the statutory report on the Turkmens ratified in the Iraqi parliament on 26 July 2012. Composed of 18 articles that provide administrative, political, cultural and educational privileges for Turkmens,“Regulation Law for Turkmen Rights” (2) was drafted after one year of efforts and presented to the parliament on 1 November 2014 (3). For a law to be passed in the Iraqi parliament, its draft is to be read two times with revisions after the first read then it will be presented for voting. However, the necessary vote ratio for an item to be put on the parliament’s agenda (fifty percent plus one) was not reached in the session. The draft was declined with 92 votes in favor, 96 negative votes and 11 abstaining votes. Therefore, the draft was put off until the next legislative year. It is possible to put it on the agenda once again in the next year.

Even though the refusal of the draft caused disillusion for Turkmens, it is important that it can be put on the agenda once again in the next term. In this period, it is crucial that Turkmen politicians spend intense efforts to lobby in favor of the draft. However, considering the fact that the draft had a lot in common with the rights that the Constitution recognized, Turkmens is not in a great loss.  There are far more serious problems for Turkmens than this law. The security of Turkmens and their settlements is of the utmost importance in the period after the Islamic State of Iraq and Syria’s (ISIS) advance toward Mosul in June 2014. Yet, Turkmen settlements are engulfed with the ISIS’s area of activity in the north of Iraq and Turkmens are direct vulnerable targets. ISIS keeps targeting Tal Afar, Mosul, Kirkuk and its surroundings, Tuz Khourmato and it villages, Amirli and Qaratepe. Approximately 300,000 and 350,000 Turkmens have fled their homes because of the ISIS threat. With the ISIS’s capture of Tal Afar and Mosul, local Turkmens immigrated in a dispersed fashion. The Turkmen geography in Iraq changed for the reason that the ISIS captured Turkmen villages Yengice, Bastamli, Cardakli, Biravcili and Karanaz in the vicinity of Tuz Khourmato and Amirli. Hence, the priority for Turkmens is the protection of the Turkmen geography. In addition, protecting the Turkmen settlements under direct risk of the ISIS is also of utmost importance. As it is well known, Turkmens do not have an armed militia and the central government do not adequately support them. The town of Tavuq (Daquq) which is located along the fighting axis in the northwest of Iraq is on the Taze Khourmato and Kirkuk-Tikrit road. If the ISIS captures these settlements and enter Kirkuk, it will be difficult to protect the Turkmens. In addition, there are large numbers of Turkmen refugees in Kirkuk. They will again be a target if the ISIS assaults Kirkuk. Therefore, providing political, social, economic, etc, rights will not be beneficial for the Turkmens without ensuring their security. The priority is on providing security and safety for the Turkmens. Otherwise, these rights will not be meaningful for the Turkmens in a country where no Turkmen geography or identity exists.